Good Morning!   Dense Fog is a problem again this morning.  A front is on the way, which will bring showers to the state.  I’ll show you future radar.  Looks like the month of December begins with a very mild first weekend.  But, hang on.  Drastically colder weather is ahead for next week. I have the latest on the dramatic changes ahead.  Lots of good information on your Thursday morning personal weather briefing.

Dense Fog is a problem this morning, not just in central & south Alabama, but across adjacent states, too.  Advisory until 9AM 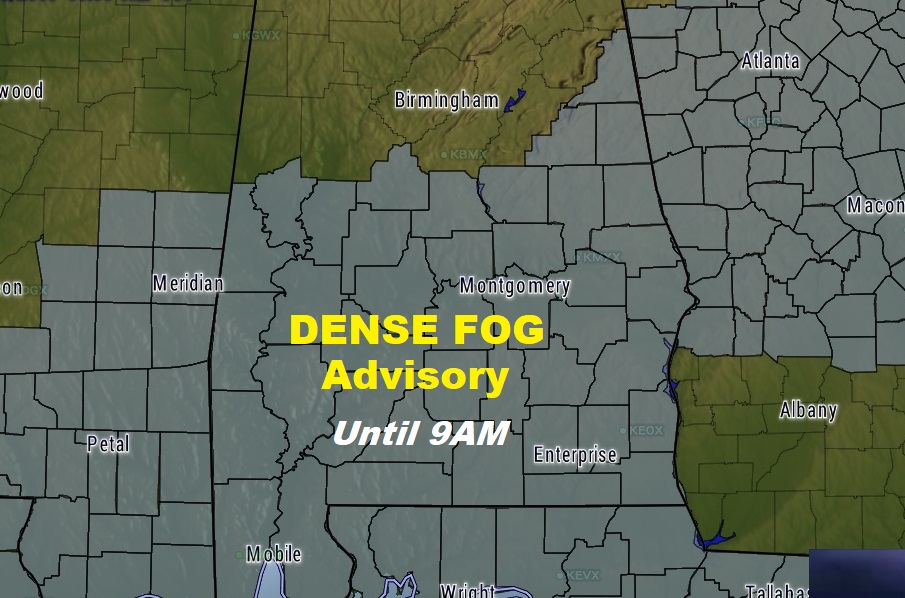 Frontal system today brings a good chance of showers to the area, especially this afternoon & this evening.  The air behind this front, though is mild. 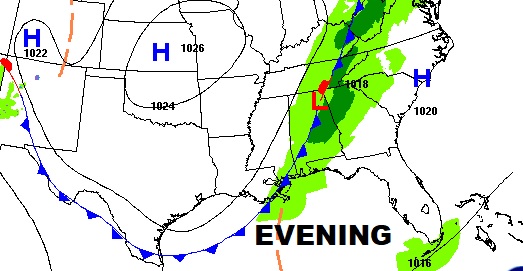 Look for a mild first weekend of December, before dramatic changes next week. 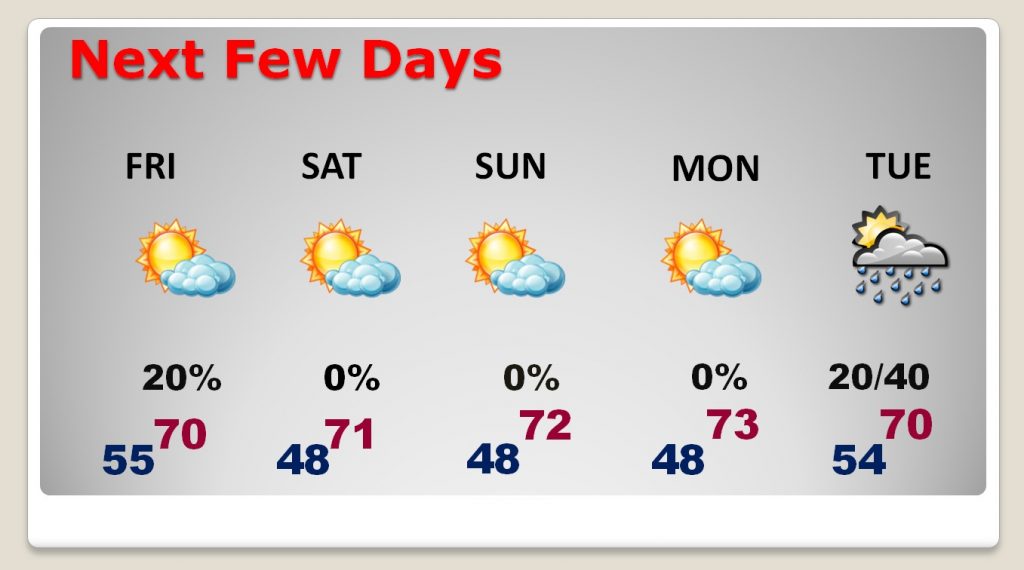 Strong cold front comes into the area next Tuesday and Tuesday night.  Good rainfall with this system.  Too early to speculate on severe weather threat.  Dramatically colder air behind the front as depicted by the global models. 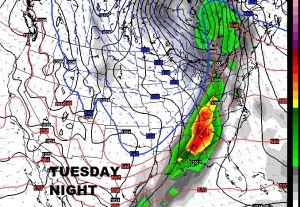 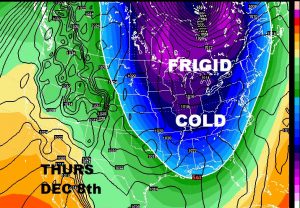 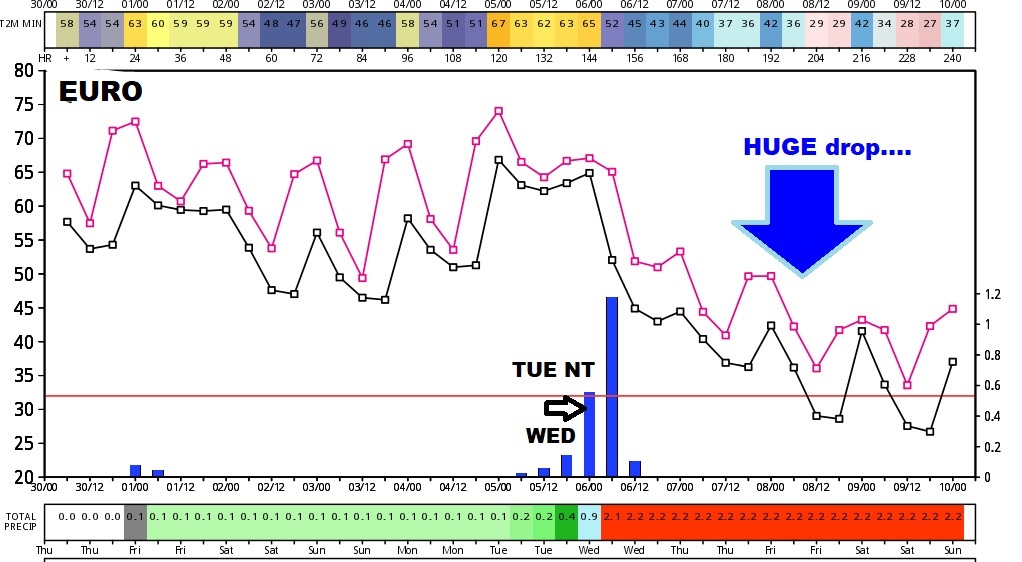 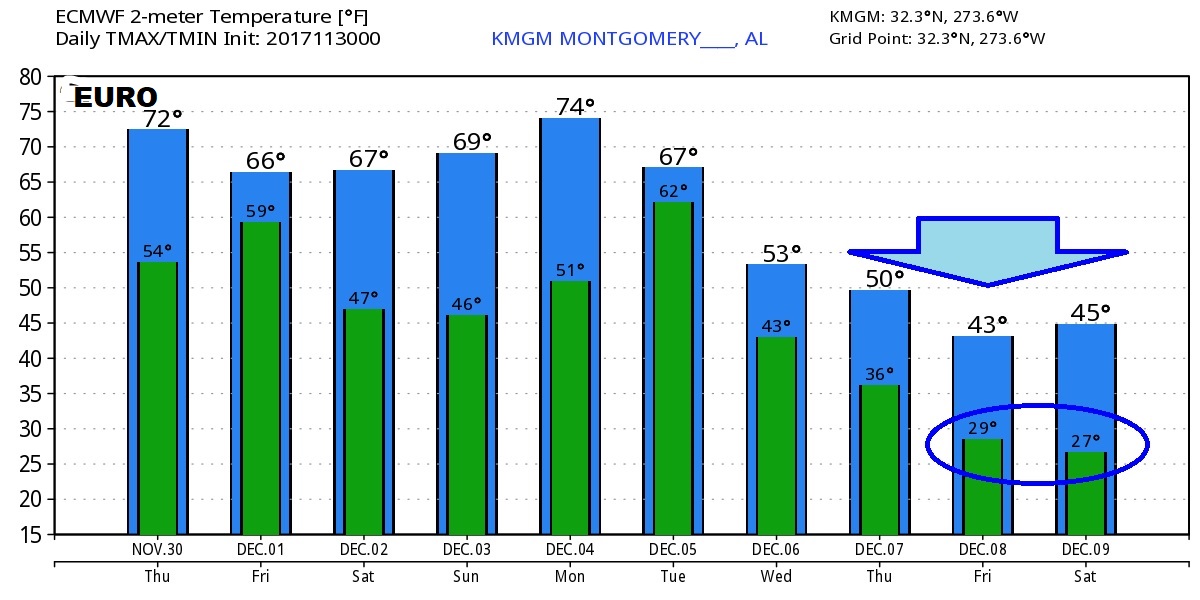 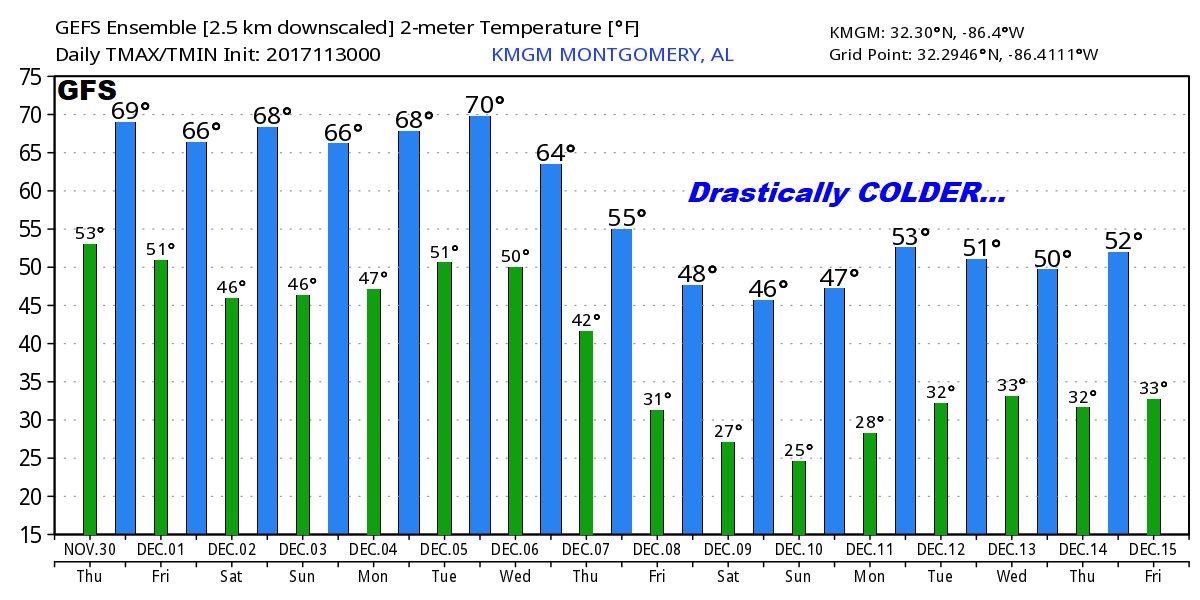