A significant, 2-part New Years storm system, will produce heavy rainfall amounts and maybe a severe weather threat by Monday.  Scattered showers are already drenching parts of the state.  The showers on this New Years Eve daytime will be scattered in nature, but they will become more numerous and frequent this evening and heavier in the overnight hours.  For New Years Celebrations across the area, Midnight will be a very wet affair, indeed, with the temperature near 50.  Rainfall amounts tonight, could total 1-2” by morning. Here’s a future radar snapshot at Midnight. 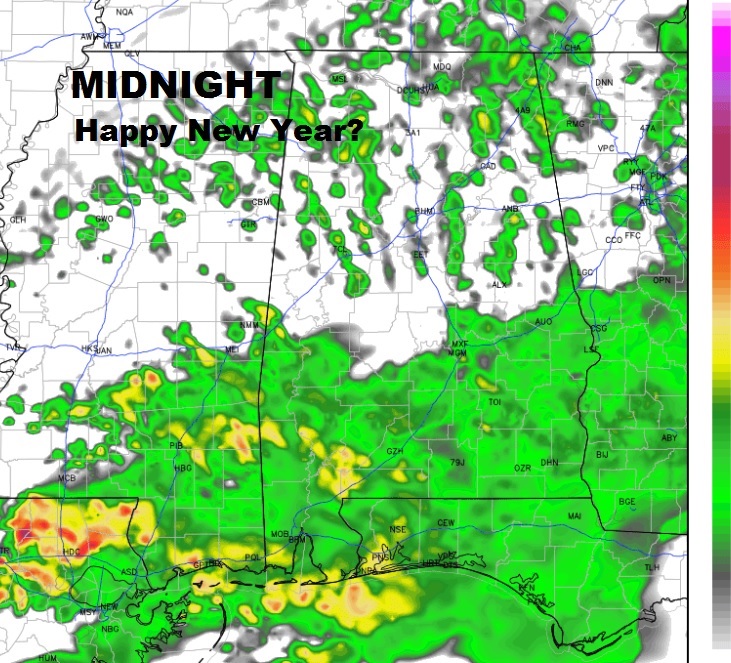 NEW YEARS DAY: Periods of rain & thunderstorms will be around much of New Years Day.  There could be a brief late afternoon/early evening break, perhaps, before the rain begins again. Highs in the mid to upper 60’s.

SEVERE THREAT:  Monday will be another very wet day as round 2 begins to affect the area.  In fact, some stronger thunderstorms are possible by Monday afternoon/Monday night, which could become severe.  Much of the state is included in a Marginal Severe Risk.  The primary threat will be damaging wind gusts, but the tornado threat is not zero. 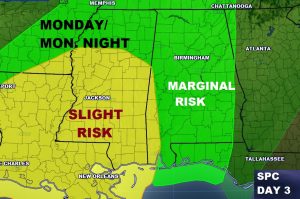 HOW MUCH RAIN?: Total rainfall amounts from the 3-Day storms system could be rather excessive, especially across the southern part of Alabama where some spots could easily get 5-6”+.  4-5” amounts extend northward into central Alabama.  Already most of southwest Alabama is under a Flash Flood Watch. 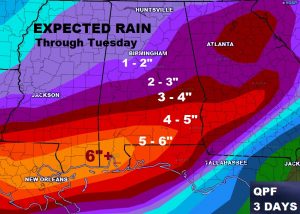 WINTER BLAST IN A FEW DAYS:  Late next week, Thursday through Saturday we are  expecting a dramatic temperature plunge as some bitter cold air engulfs state.  In fact, I don’t think the models even have a good handle on how cold we will get.  Here’s a peek at the Euro 10 days numbers, but I will caution you, the lows will be much lower than the model indicates.  Probably we will see highs in the 40’s and lows in the 20’s or teens.  Stay tuned.  We will refine as we get closer. 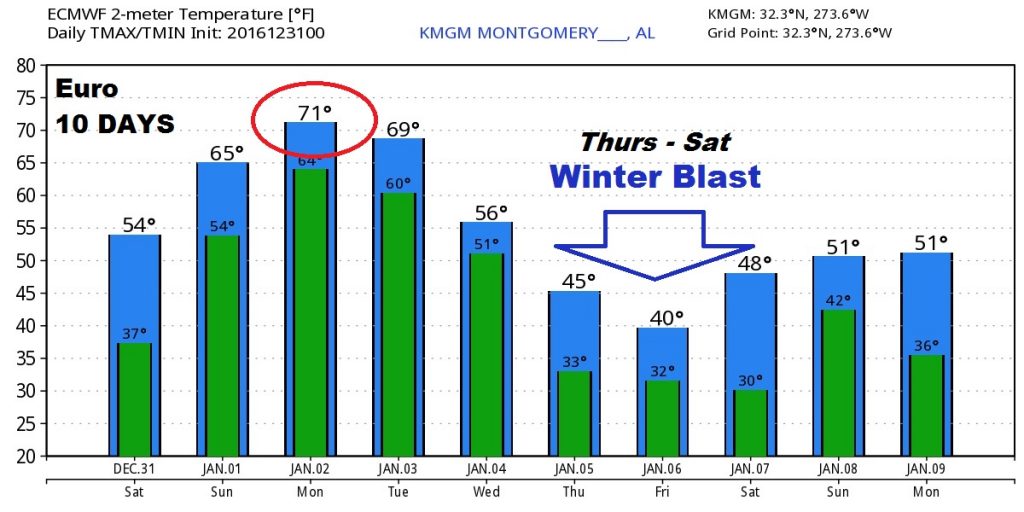 NO SNOW?:  Well maybe no snow for most of us, but, the northern stretch of counties in Alabama could see a bout of winter weather, including maybe some snow Friday night into early Saturday.  Stay tuned.  We will monitor any changes in this scenario that could affect us.  At the moment – all RAIN. 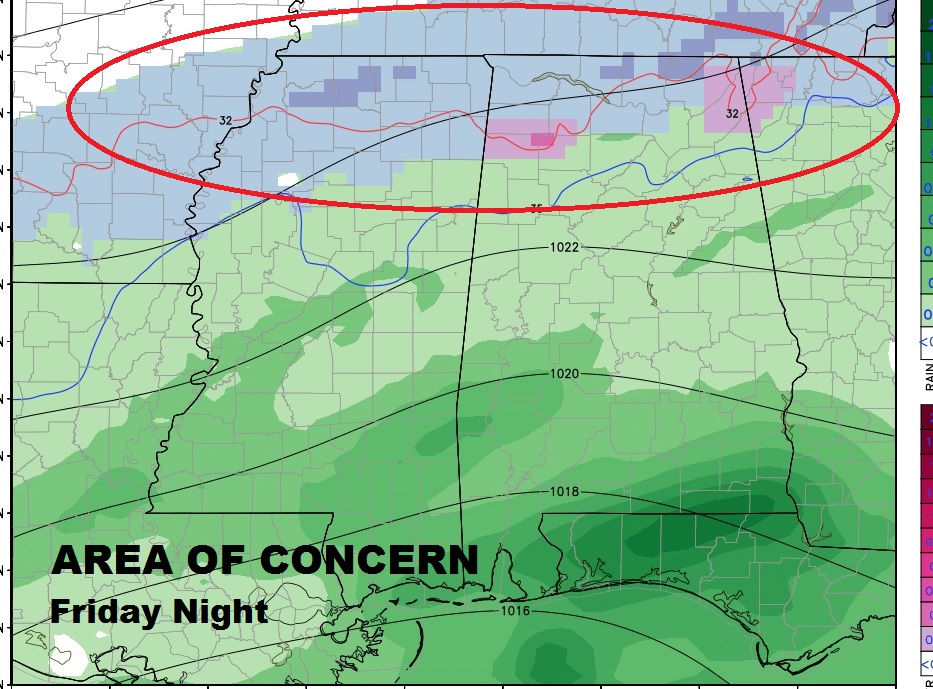 TEMPORARY ANDROID APP GLITCH:  Some of you are having a temporary problem seeing the 10 day forecast.  Only Day 1 is showing.  This is a problem only affecting ANDROID customers and it is a problem that will go away at Midnight. The developers know about this issue. It’s a glitch in the software, which somehow involves the end of the year (tonight). The problem will go away at Midnight and your 10 day forecast will return. For APPLE/IPHONE/IPAD users…everything is fine. The technical folks are “writing” a fix in the code so that this will not happen again. Please bear with us. Thanks for your patience.  -Rich