Happy New Year!  We have a lot more rain in our future today and Monday, and it appears that a rather significant severe weather threat is setting up for Monday and Monday evening.

TODAY:  Future radar confirms another very wet New Years Day ahead, as a new surge of moisture overspreads the area from the south. Showers are likely, and possibly a thunderstorm or two.  High today 70.  Low tonight 61.

MONDAY SEVERE THREAT:  The last part of this storm system could be the biggest, in terms of strong thunderstorms which could become severe.  The Storm Prediction Center has a Slight Risk covering much of the state, with an Enhanced risk along an west of a line from about Clanton to Andalusia.  Damaging winds are the primary threat, but isolated tornadoes are also possible, especially in the enhanced risk area.  It appears the greatest threat window will be from about 1PM in the west to as late as 9PM in the east.  That’s just a rough estimate, and it will be refined.  Rain and thunderstorms, Monday.  High in the low 70’s.  Low Monday night 59.  Make sure you download our weather App today and allow push notifications so that we can alert you to watches and warnings for your location. 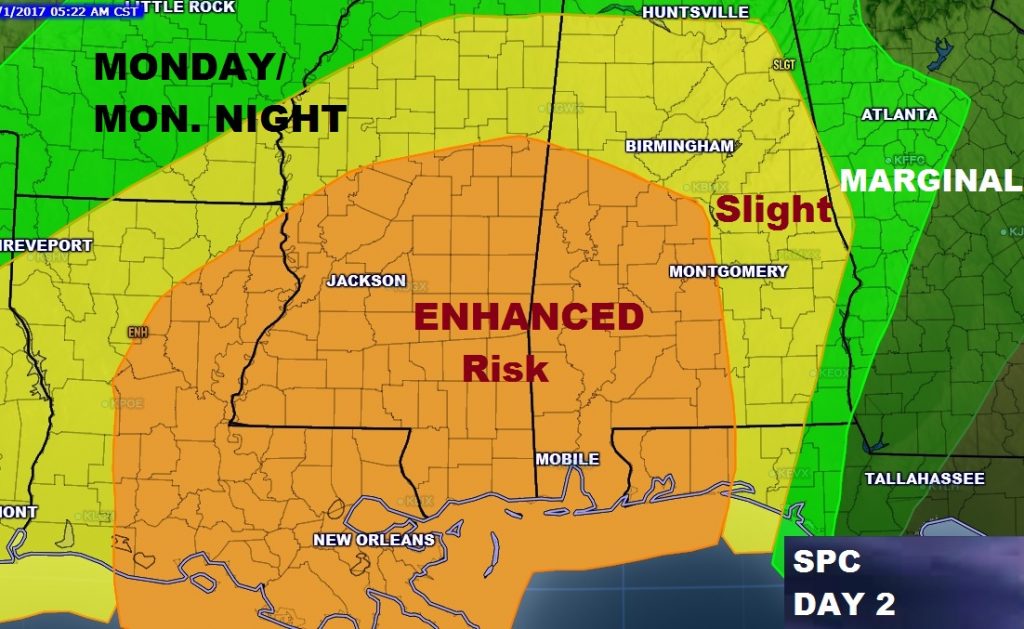 HOW MUCH RAIN?:  Many of you have had 1-2” rain amounts overnight, with 3-4+” amounts across the southern counties.   Additional rainfall amounts of 4-5”, on top of what has already fallen could cause flash flooding in low lying, flood prone areas.  Rain should be over by Tuesday morning, followed  by mostly dry weather at least through Thursday. 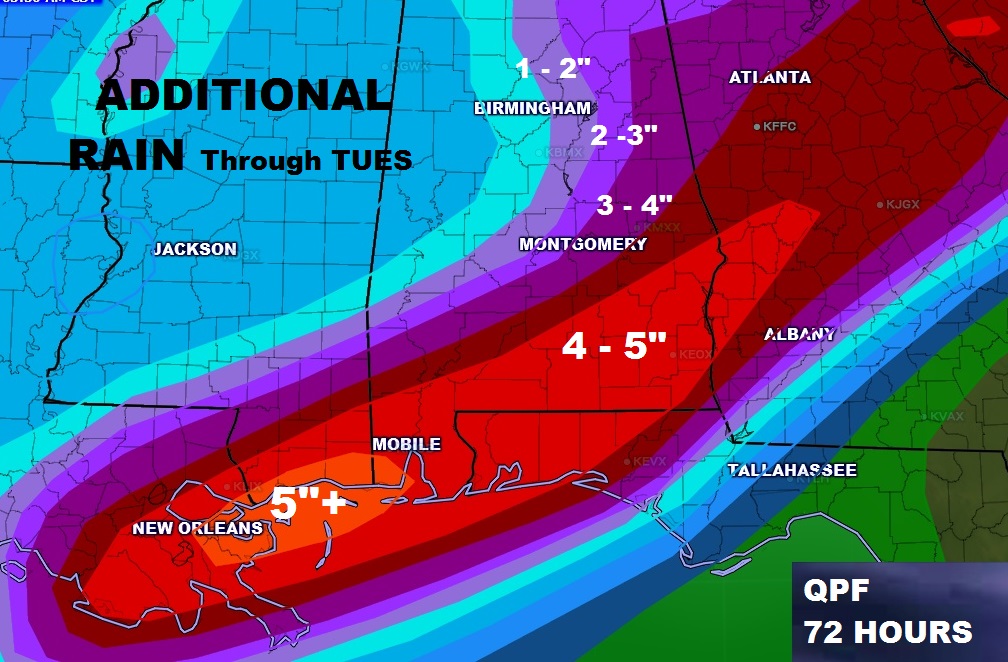 LATE WEEK WINTER TEMP PLUNGE:  Although there is some model disagreement on the timing and  details, it still appears like that some much colder air in our future by this weekend.  The GFS model has it arriving Thursday, the Euro model says more likely Friday night.  Although the details vary, it appears this will be the coldest air of the season, so far.  Parts of the Tennessee Valley in north Alabama could even have some wintery precipitation, perhaps, in the Friday/Saturday time frame, although models disagree if that will happen. 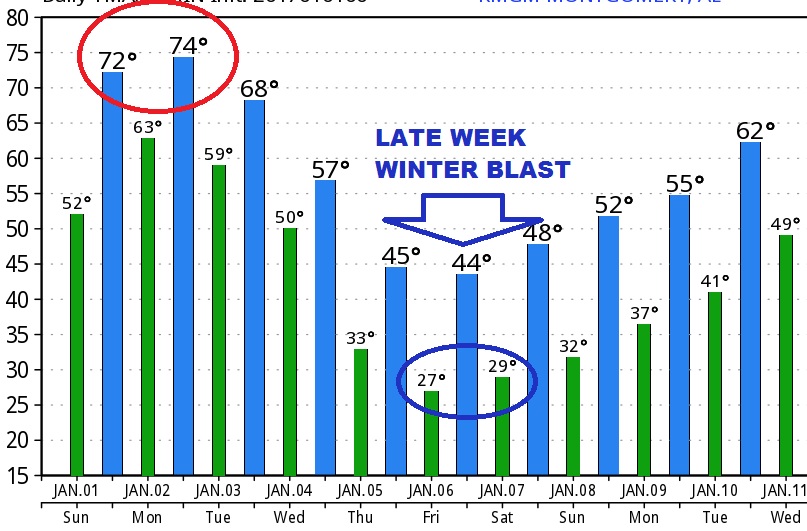 SPECIAL MONDAY VIDEO:  Most folks are off tomorrow, but the weather never takes a day off.  I’ll be up early to produce a special video update, with the latest on the severe weather threat.  That video should be ready at or before 7AM.  Plus, there will be social media updates as needed on Facebook and on my Twitter feed: @rich4caster. Make sure you get our weather app for your smart phone and tablets today, before the severe weather threat.  I hope you have a very Happy New Year!   –Rich