Good Morning, on this last day of August!  Football Saturday Eve.  Showers and storms will be in generous supply today.  I’ll show you a colorful and active Future radar.  Scattered storms could affect your Saturday plans, but on this video, I’ll show you a trend to fewer storms by later in the weekend.  I have updated the rain chances for here and the coast.  And, as we approach the peak of the hurricane season, we’ll see what’s brewing over the next week or so. I’ll get you ready for the big Labor Day weekend on your Friday morning personal weather briefing.

Stage is set for an active thunderstorm day today.  Scattered to numerous storms.  Plenty of moisture.  Weakness in the upper atmosphere.  All of that combined with afternoon heating will be fuel for the fire. 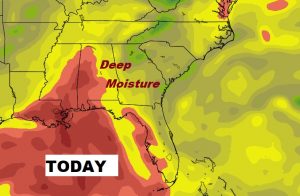 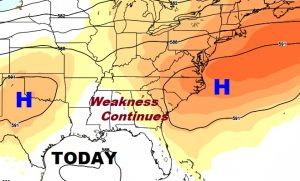 Thunderstorms will start to thin out in number over the weekend, becoming widely scattered by Sunday and Monday.  Then higher chnaces return on Tuesday and Wednesday as tropical activity approaches. 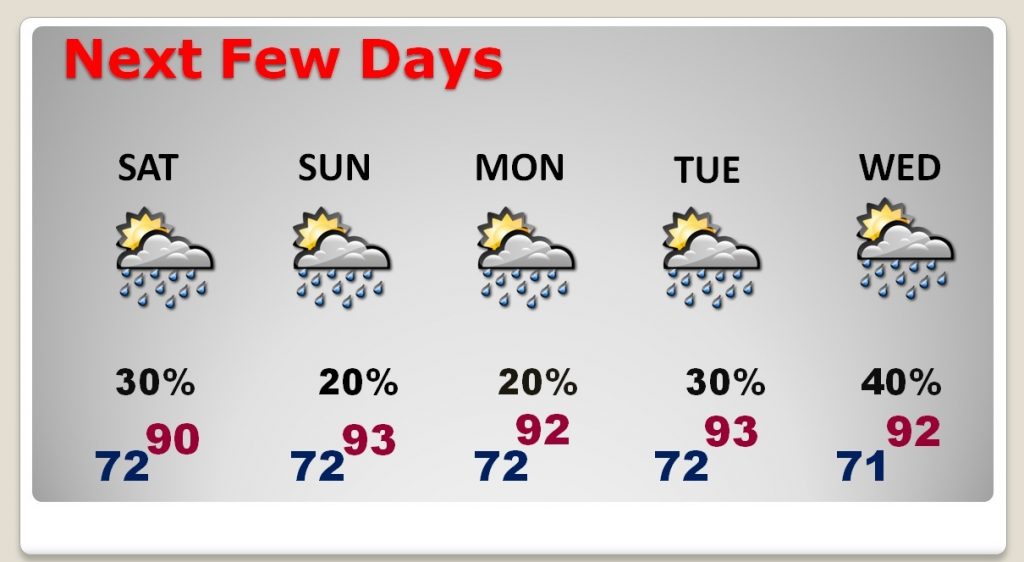 Unfortunately, rain chances are running much higher than normal on the coast, particularly today and tomorrow. 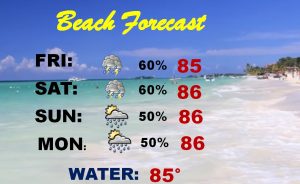 NHC is highlighting two areas.  A disturbance near Hispaniola which has a low chance of development when it reaches the northern Gulf. 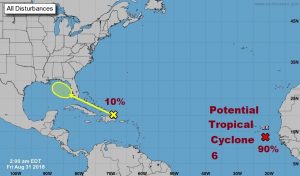 The Euro model suggests that the norther Gulf has at least a 30-40% chance of a Tropical Depression developing next week. 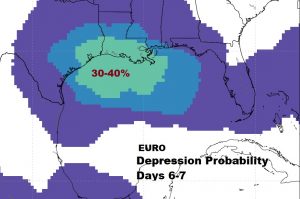 Elsewhere,  the Euro TS probability shows the system which will become Hurricane Florence over the next few days, plus, behind it, two other tropical waves that need to be monitored. 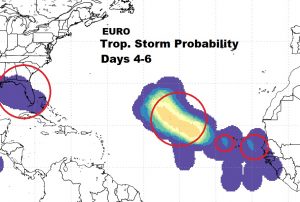