FOR MOST OF US…The Severe Weather Threat is over….The risk of strong storms is shifting to extreme SE Alabama and into Georgia. 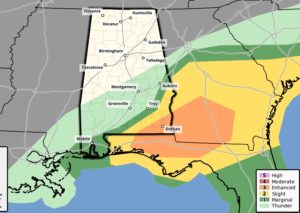 ..Active weather day ahead.  A storm system will move eastward from Mississippi to Georgia during the day.  Some strong to severe storms will affect much of the southern half of Alabama, beginning this morning and into the afternoon.  Damaging wind gusts are the main threat, but a few tornadoes are possible.  Much cooler air funnels into the state by tonight and Wednesday.  We’ll be in the 40’s for a couple of nights.  On this video,  I’ll update you on the severe weather threat level and the timeline.  Plus, we’ll look ahead through the upcoming weekend.

Main window for severe weather in Alabama today is from about 8AM west to a little after 2 in the far southeast and east counties.

Damaging wind gusts and threat of a few tornadoes. 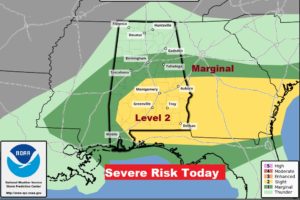 A couple of future radar snapshots.  11AM could be a pretty active hour. 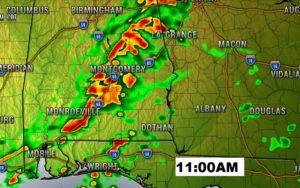 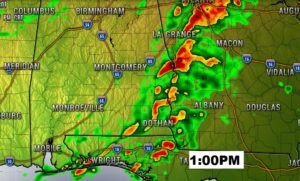 Breezy and MUCH cooler tonight.  We’ll be in the 40’s next two nights… Only upper 60’s Wednesday.  Back to the 70’s Thursday and Friday.  Risk of a few showers over the weekend. 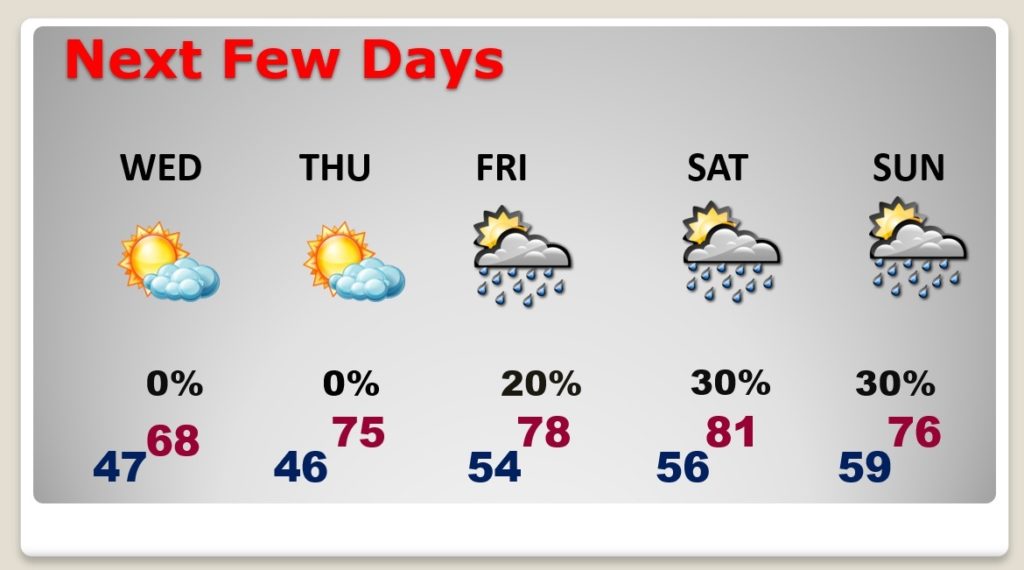 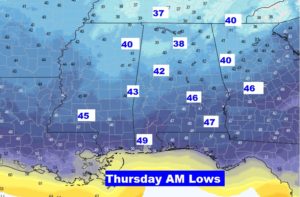