Good Morning!  Following a busy Severe Weather day across the south yesterday, much cooler air has engulfed the state.  After several days in the 80’s, some towns may not make it out of the 60’s today and we’re headed for the low 40’s tonight.  But, the chill won’t last too long.  On this video we’ll look ahead to some late week warming.  Could there be a few showers this weekend?  And, I’ll show you and up and  down temperature pattern for the next two weeks.

MUCH cooler air is funneling into Alabama in the wake of yesterday’s storm system.  Our high may not reach 70. 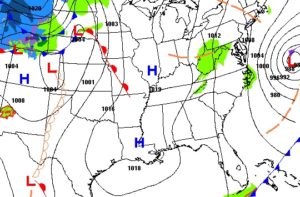 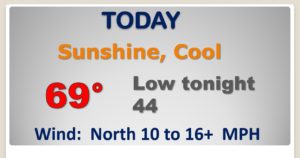 CHILLY tonight.  Below the normal low of 47. 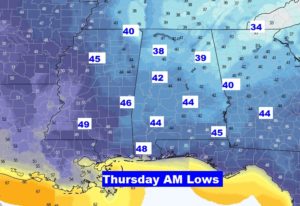 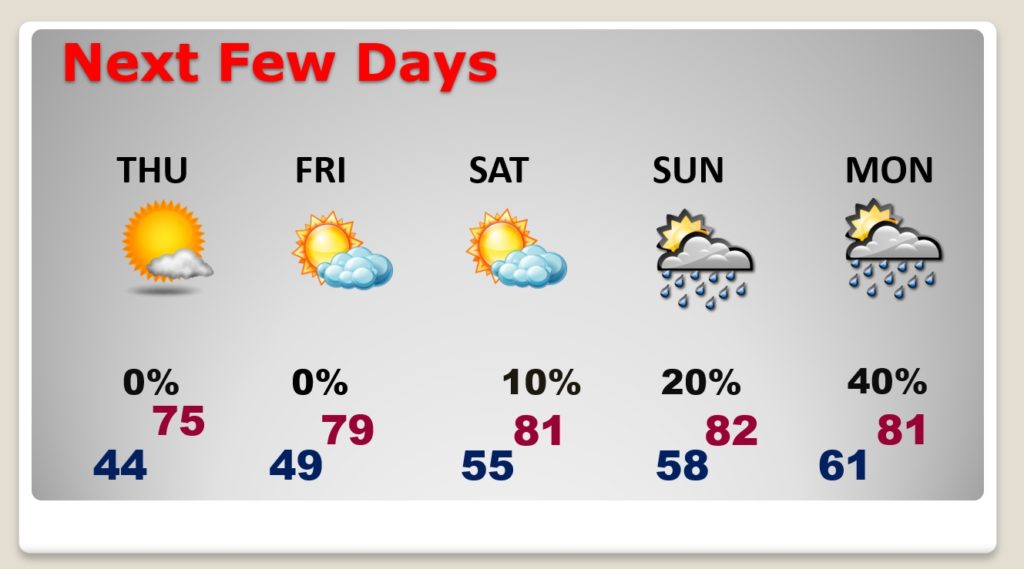 Better chance of showers on Monday.  The next big deal storm system could be around Friday April 10th.  Potentially severe?   Maybe… 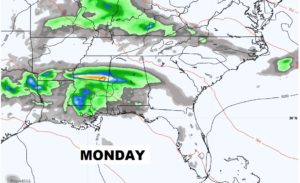 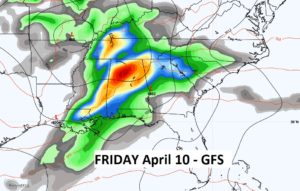