Happy Friday!  March will go out like a lamb today.  Timing is everything, and for the weekend, the timing was perfect.  We are able to squeeze out a couple of nice days before the next storm system in the pipeline arrives Monday.  Maybe some jackets required late next week, at least at night and in the morning.  A new wrinkle in the 10 day forecast.  Plus, 2 storm systems that have my attention.

For the weekend, we get a nice break in between storm systems. 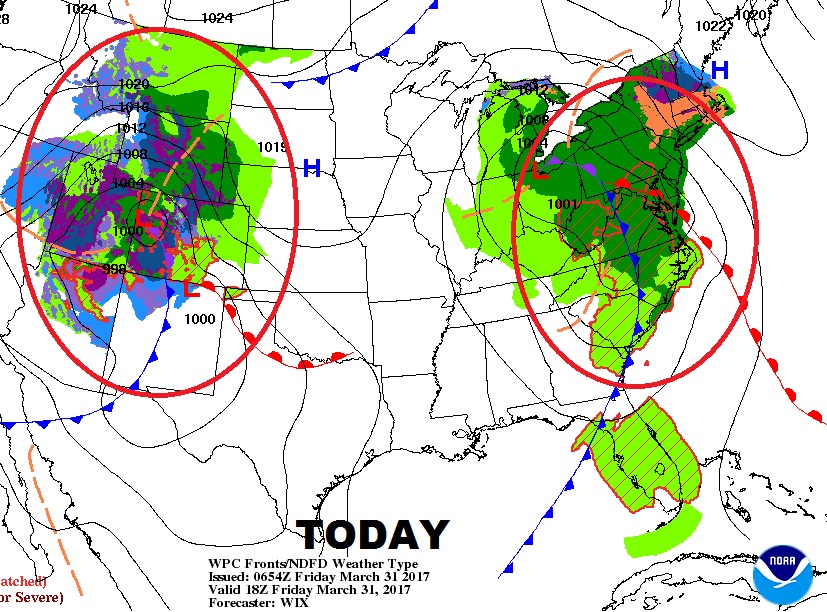 Two storm systems next week.  First one Monday, second one moves through Wednesday night/Thursday.  The most concerning, so far is the Monday system, with strong, potentially severe storms as early as perhaps Monday morning.  We’re watching this storm system. 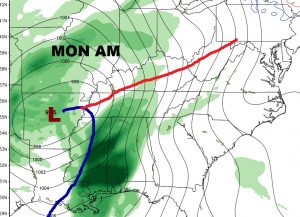 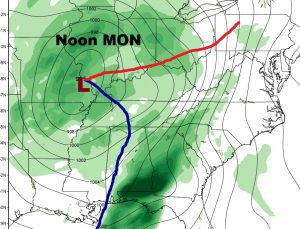 New wrinkle on the global models.  Could we be reaching for our jackets again by late next week?  Here’s the GFS which advertises some mornings in the 40’s by next weekend. 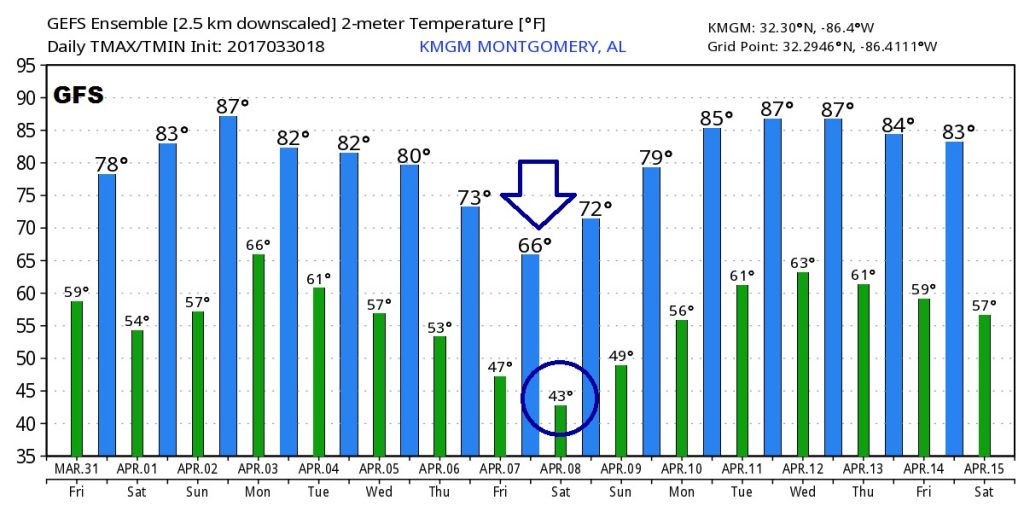