Winter is on pause, for now.  Briefly.  Spring-like warmth, especially today and tomorrow.   I’ve made some tweaks to the forecast through the rest of the week, on temperatures and rain chances.  The latest on a Super Bowl Sunday storm system, and perhaps a much bigger storm system looming next week.  After about a foot of rain in a wild January, we’ll take a peek into what’s next as we head into February.  It’s all here on your Tuesday morning video

As the new month of February begins tomorrow, it appears Wednesday will be one of the warmest days of the week. 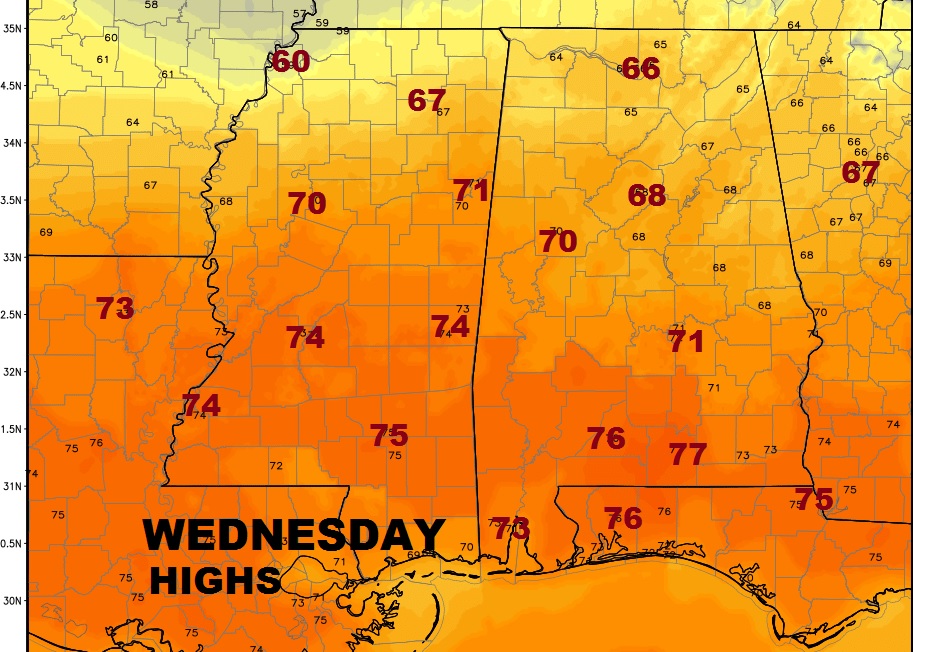 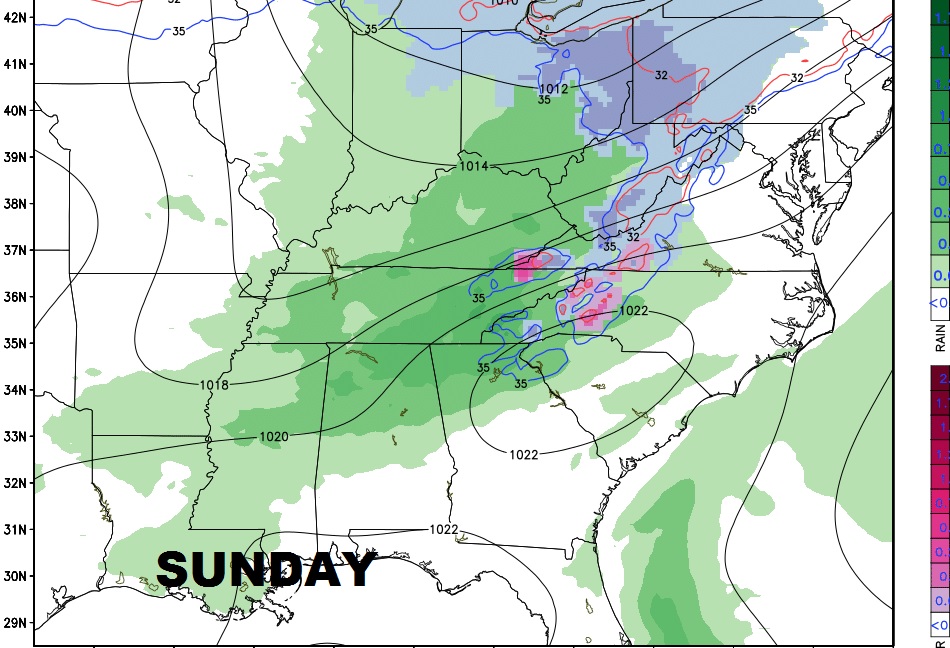 There is growing evidence of what could be a major storm system late next week.  Both global models are on board with this idea.  The Euro, out 10 days, shows a huge temperature spike mid week, followed by the major storm system, and then temperatures plummet. This will have to be watched, the the February 8/9 time frame. 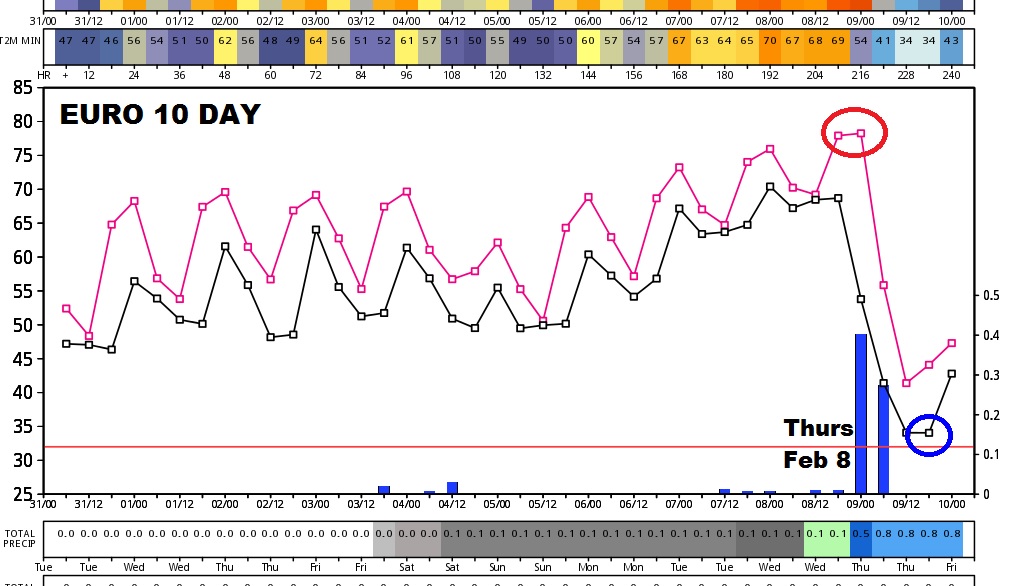