Much of western and northern Alabama is under a Tornado Watch until 8PM.  The watch includes Chilton, Dallas and Marengo counties and all counties west and north.  The threat for a few spin up tornadoes from Harvey is rather high over the watch area.  But elsewhere, even outside of the Watch, all of the state of Alabama has at least some risk of seeing a few tornado warnings this afternoon & this evening on the eastern fringes of the affects of Harvey. 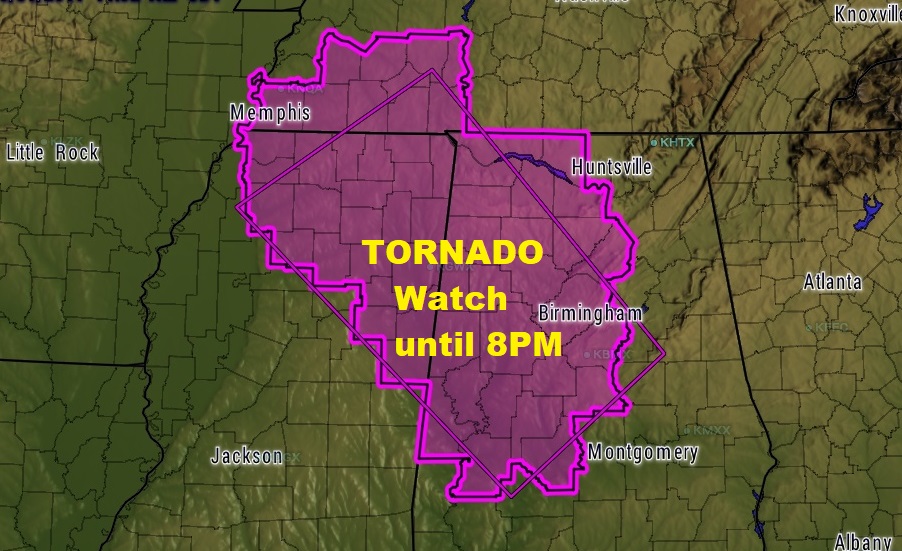 Storm Prediction Center outlines the highest threat area today in yellow across the northern half of the state.  Meanwhile, the rest of the state is listed in a Marginal Severe weather risk, through this evening and into tonight. 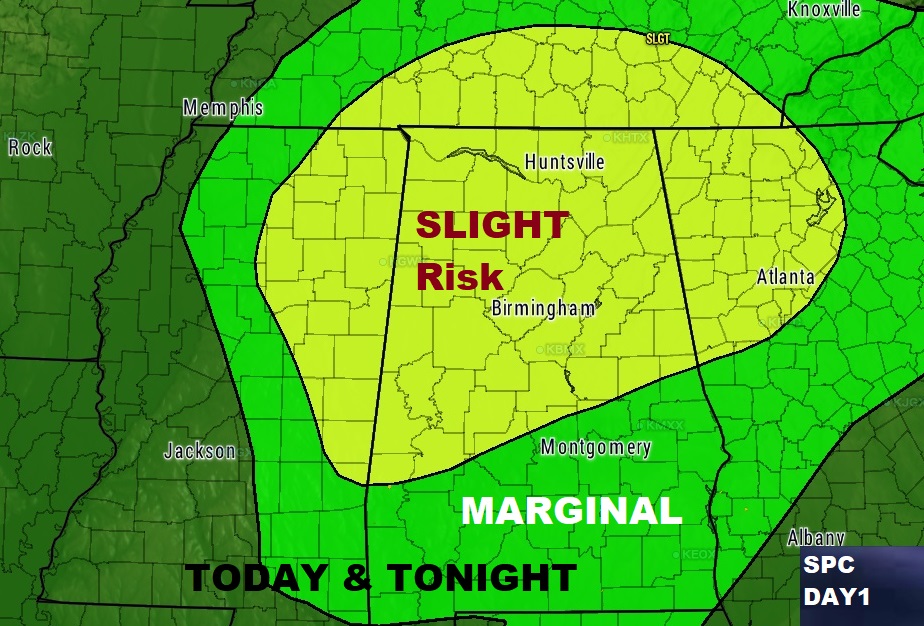 Outside of the tornado risk, locally heavy tropical downpours could cause local flooding in spots.  Most areas will average 1 to 3″ additional rainfall today.  Localized areas could see more.  Stay weather aware with our weather app.  It will alert you to watches and warnings for your particular area.  Watch for more posts as needed, especially on facebook and Twitter.  Facebook:  Rich Thomas Weather.  Twitter:  RichThomasWX