Latest NHC Advisory and updated cone on Dorian has better for Florida…in that the models are keeping the center of the hurricane east of the coast.  However, Florida is NOT off the hook, and the danger is increasing for the Carolinas later next week.  Much more on Dorian below.  On it’s current track, Dorian will have little or no direct impact on Alabama’s weather, except to “dry out” our forecast starting early next week.  Storms will thin out and go away.  That’s a Dorian effect.  For now, heat and humidity have returned, along with the threat of spotty storms.

TODAY:   Lots of sun.  Hot day.   More humid.  (Dewpoints yesterday fell to the upper 50s/low 60’s. Today dewpoints of 70 or above return.)  Widely scattered hit or miss storms will be roaming around later.

NEXT FEW DAYS:  Hit or miss storms will start to thin out by Labor Day Monday.  The “Dorian Affect” will be to remove showers from our forecast Tuesday through Thursday.  (Subsistence around the storm)  HOT days ahead…

Based on most models, which have shifted east, the official NHC center line now keeps the center of Dorian east of the Florida coast.  However NHC cautions that Florida is not off the hook, and even with the center east of the coast there could still be significant problems…Like Matthew caused in 2016. While the news is BETTER for Florida, powerful Dorian may be on a collision course with the Carolinas later in the week. 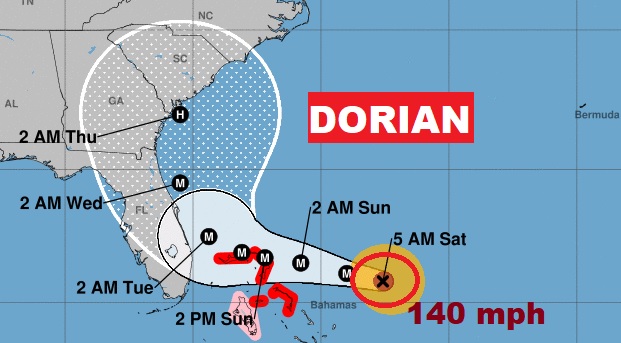 Here’s a close-up of the Florida part of the cone with more detail on timing and expected strength. 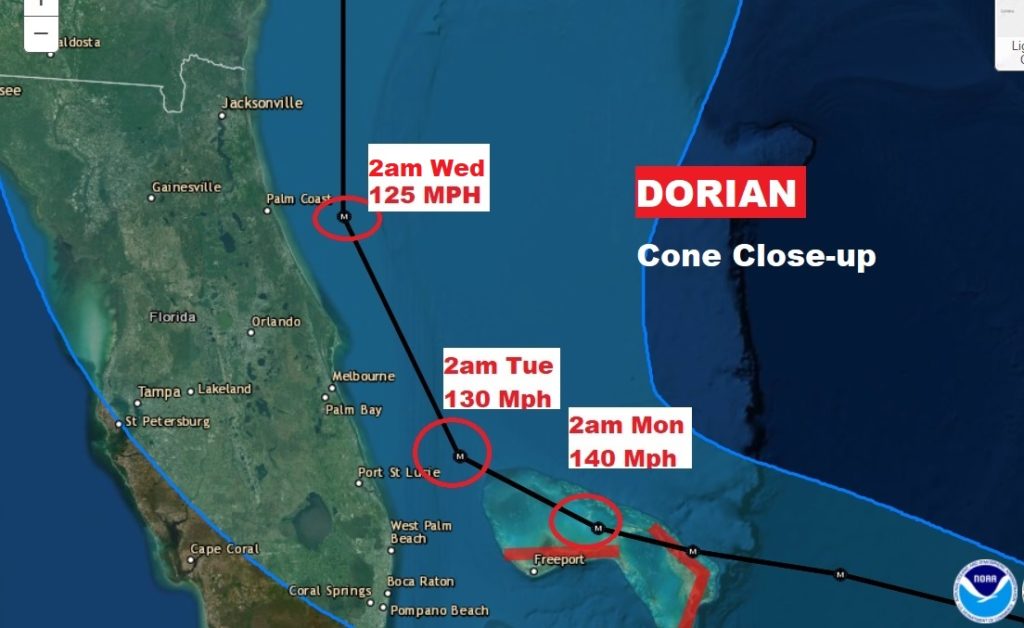 Here’s the highly respected EURO model’s track for the next several days.  It continues to shift track to the east.  BETTER for Florida, but potentially awful for the Carolinas.

ELSEWHERE IN THE TROPICS:  There are two Areas to Watch on the map.  One is way out in the tropical Atlantic off Africa, with a 50% chance of development.  But, there’s also a new “X” on the map in the Gulf.  There could be something developing over the next few days in the west Gulf that we’ll have to monitor. 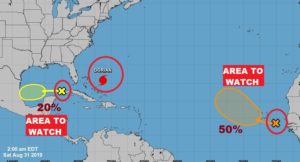 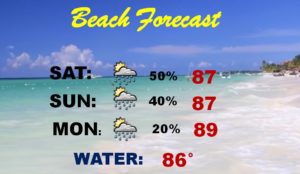 I hope you have an enjoyable Labor Day weekend!   I’m excited about FOOTBALL on my TV today!!

I will have another Blog update tomorrow morning.  Have a nice weekend.   I’ll keep you up to date on Dorian.