Similar to last week’s storm system, another 2 parter is on the way.  Most concentrated rain between late tonight and early Tuesday.  Could be a severe weather threat again by late Monday/Monday night.  And, cold weather fans: keep reading.  The real-deal kind of cold you’ve been waiting for is just a few days away.

TODAY’S SHOWER THREAT:  Lots of Christmas events are going on today including parades and tree lightings in various cities and towns.  One of them is Millbrook at 2.  Your umbrella may come in handy at times.  A random shower through early afternoon, a better chance of scattered showers as the afternoon wears on. Here’s a few future radar snapshots. 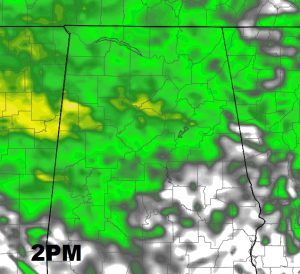 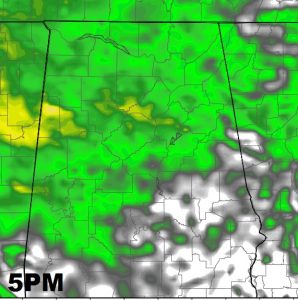 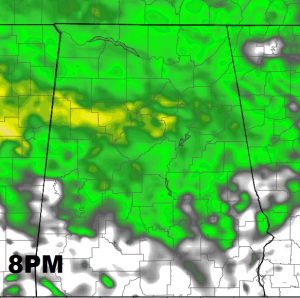 LATE TONIGHT/SUNDAY AND BEYOND:  Expect a very rainy period beginning late tonight through much of the day Sunday. There could be a lull Sunday night, before part 2 brings a round of rain and thunderstorms Monday afternoon/Monday night into early Tuesday before ending.  How much rain?  Much of the Gulf coast states will be drenched again.  A lot of around here could see between 2.5 and 3.5”.   Combined with last week’s storm, that’s a lot of rain. 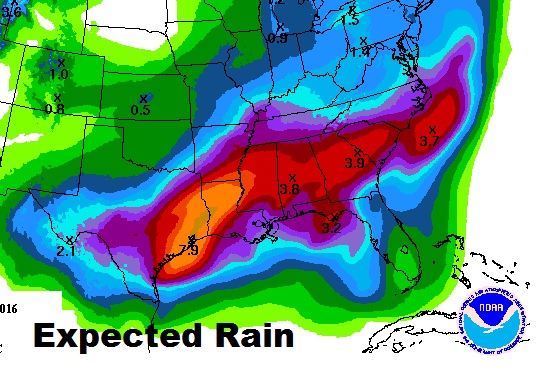 SEVERE WEATHER THREAT:  ‘Tis the season.  Once again parts of central and south Alabama could see a threat of strong to severe storms and a low end tornado threat can’t be ruled out.  We will update this threat tomorrow as we get closer. 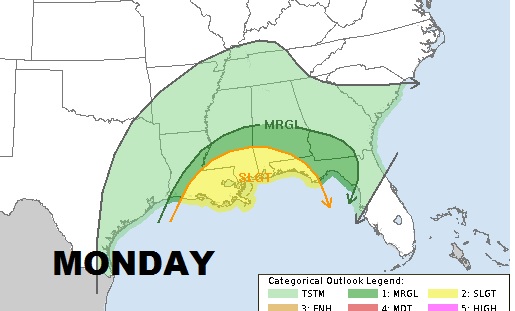 AND THEN COMES THE COLD: Let me wet your appetite, by showing you this map from  CPC showing 6-10 day temps. 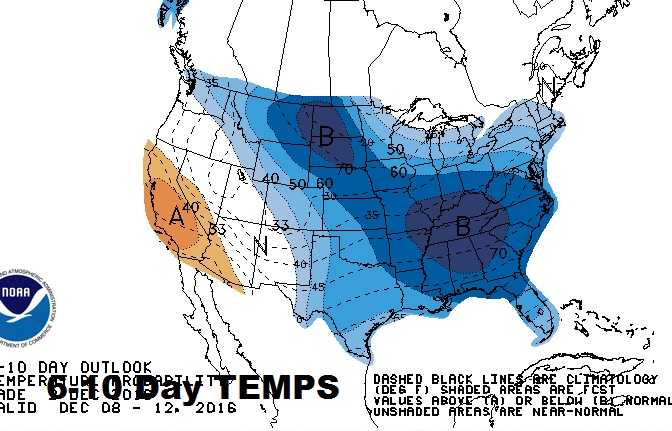 A cold front arrives on Thursday.  By Thursday night, we are likely to fall into the upper 20’s.  Friday will be a raw day, with the high barely reaching 45.  I wouldn’t be surprised if we are in the low 20’s Saturday and Sunday morning.  Get ready.  It arrives late this week and you will need heavy coast next weekend.  We’ll update the cold and the numbers tomorrow.

Have a great weekend!   More about our approaching storm right here tomorrow.  Spread the word about the weather app. Download it before the bad weather gets here.  Search Rich Thomas Weather Network in your app store.