Cloudy skies, scattered showers at times, and cool temperatures will dominate your Super Bowl Sunday.  High temperatures will be restricted to the low to mid 50’s at best in most areas.  Temperatures will soar into the 70’s Monday & Tuesday.  Strong/severe storms are possible this week in 2 rounds, Tuesday night and again on Wednesday afternoon.

TODAY:  Cloudy, cool & damp at times.  Scattered showers from time to time today & tonight.  High low to mid 50’s  Low tonight 49.  Below are some future radar snapshots for your planning purposes.  Don’t forget, you can also see future radar on your app. 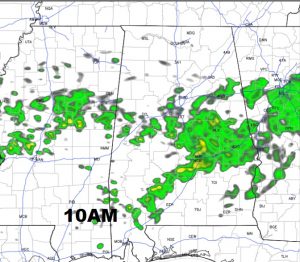 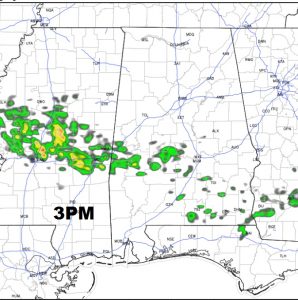 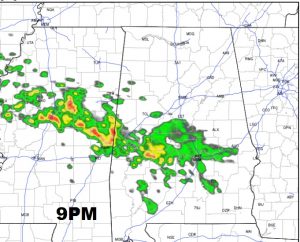 MONDAY:  Mostly cloudy with some sun breaks.  Slight chance of a shower, mostly early.  High in the low to mid 70’s  Low at night in the upper 50’s.

TUESDAY:  Unusually warm.  Partial sunshine.  High 77.  Can’t rule out a couple of thunderstorms in the afternoon.  Showers and storms become more numerous Tuesday evening and Tuesday night.  Some could be storng/severe.  More on that below. 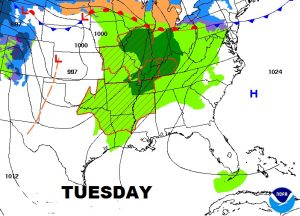 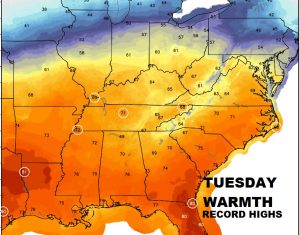 SEVERE RISK:  On Tuesday evening, the Storm Prediction Center has a low end, marginal severe weather risk as far south as the US 80/ I-85 corridor.  A few damaging wind  gusts would be the main threat.  The better odds for severe weather, including perhaps a few spin up tornadoes will be across the northern counties.  A secondary severe weather threat will develop again by Wednesday afternoon with another round of thunderstorms, mainly over a  part of central and southeast Alabama.  This appears to be a low end threat so far.  Stay tuned. 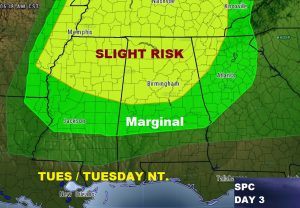 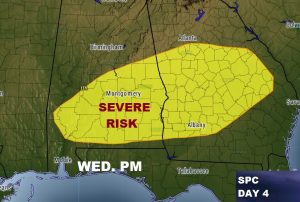 THE WEEK AHEAD:  Here’s a peak at some of the numbers on your work week forecast through Thursday. 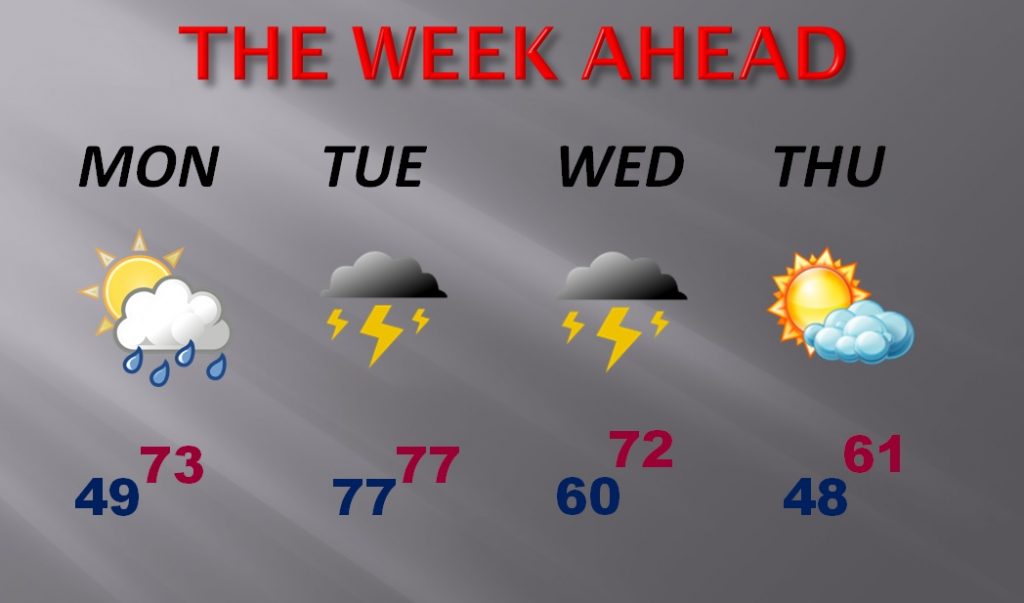 Have a great Super Bowl Sunday!   I’ll have the latest on this developing severe weather threat for the week ahead on your next video, which will be online by tomorrow morning at 5.