Should be a beautiful start to the new week, with a cooler, but nice February day.  I’ll update you on changes ahead with a storm system tracking across the Gulf Coast.   More wild temperature swings and maybe 3 more storm systems to deal with over the next 15 days. Here’s your Monday personal weather briefing.

Mid Week storm system moves in Tuesday night into Wednesday, as a low tracks along the Gulf coast and through south Alabama. 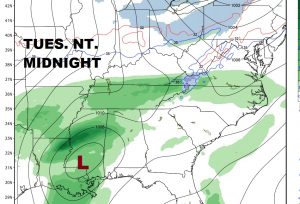 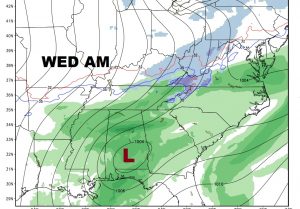 Storm Prediction Center has a Marginal Severe Risk into SW Alabama by Tuesday night and a stronger Slight risk parts of Louisiana and Mississippi. 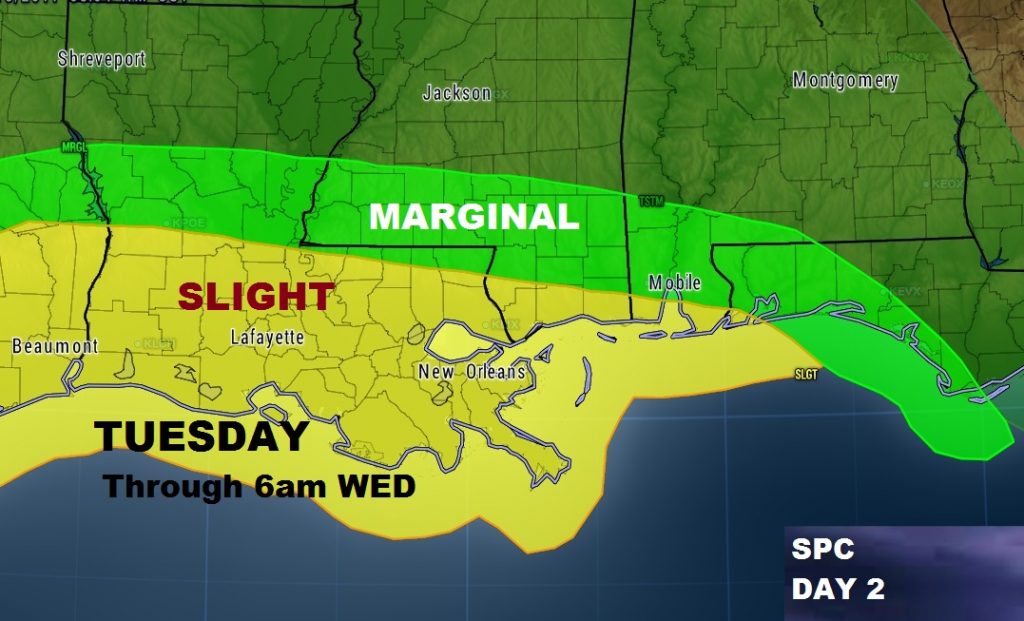 ANNIVERSARY OF THE COLDEST DAY EVER: 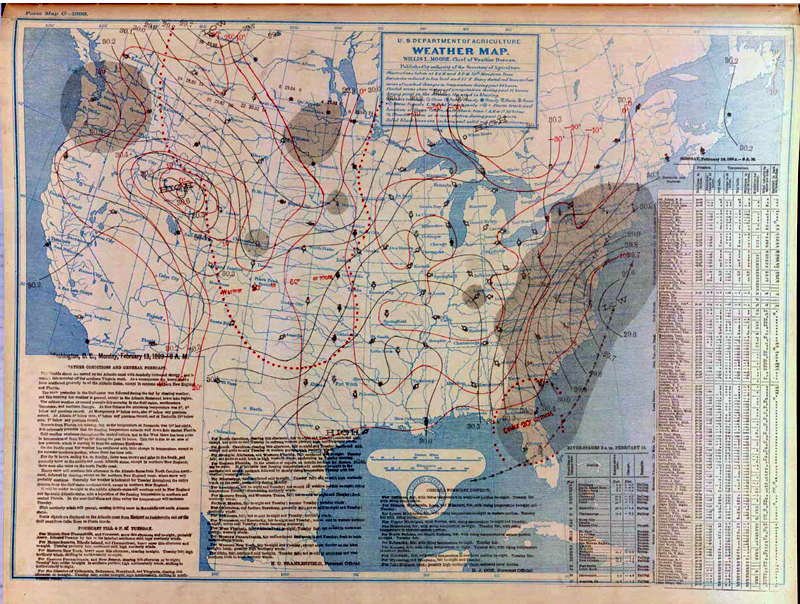 This is the weather map from February 13, 1899, one of the coldest mornings ever observed in the U.S.  It would become known as the “Great Arctic Outbreak”.

In Montgomery, it was the coldest day ever with  -5.

An incredibly cold airmass made it all the way to the Gulf Coast. It was 7 in New Orleans and Pensacola. Mobile dropped to a numbing -1. The reading of -2 at Tallahassee still is the state’s coldest reading ever. Many all time state record lows were observed during the cold wave. Ice was reported floating in the Mobile Bay!

Birmingham also recorded its all time record low with a reading of -10!

Have a great day today.  I’ll have another Video tomorrow morning at 5.  See you on the radio this morning!