The Storm Prediction Center has issued a tornado watch till 6PM for all of northwest Alabama, as far south as Birmingham and Demopolis.  It’s certainly possible that another watch, of some sort, will be needed later into central Alabama.  We’ll see.  Warnings are likely. 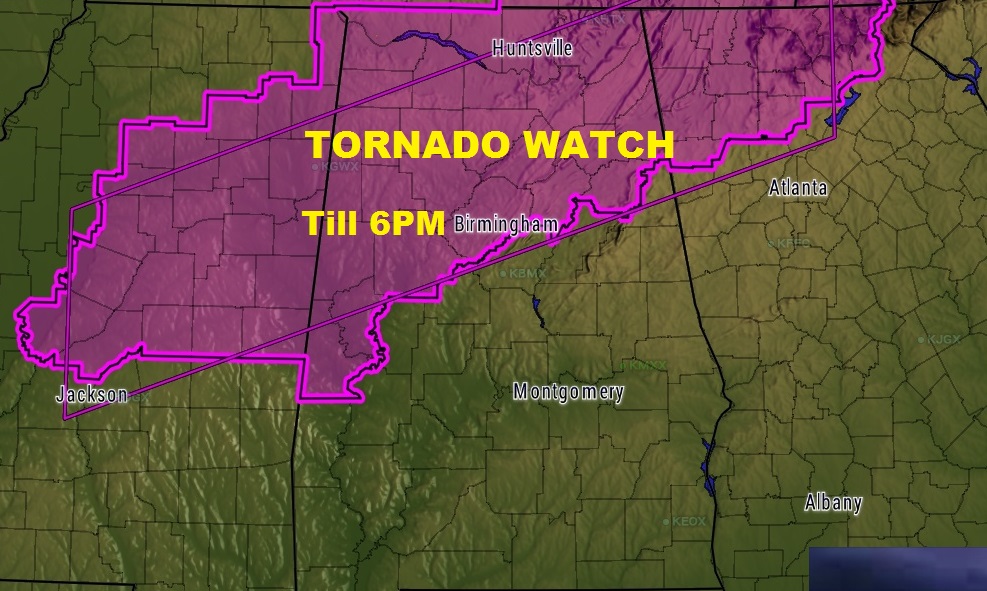 A squall line will move from NW Alabama southeastward through the state today reaching central Alabama by about sunset, then into southeast Alabama.  Some of the storms will be strong to severe with damaging wind gusts.  There could be a number of warnings later.  Our new weather app will alert you for any watches of warnings for your particular area.  Future Radar shows where the squall line will be around 6PM, roughly near a Lake Martin, Montgomery, Camden line.  Hail to quarter size or large is also possible.  The tornado threat here in central Alabama is relatively low, but not zero. 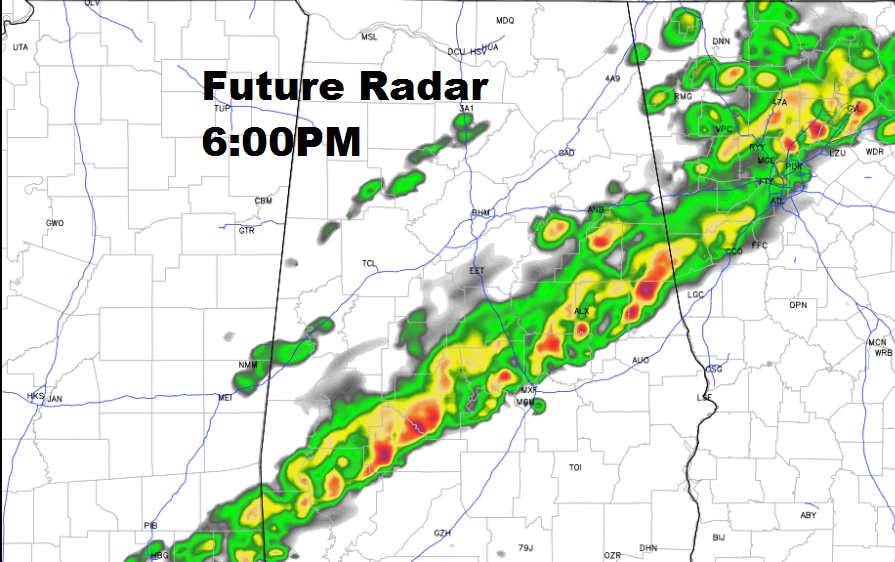 Meanwhile, we have a windy, very warm March day underway.  At Noon we have already broken our record high for March 1st, with 84 degrees already.  Much cooler air will sweep into the state late tonight and Thursday. By Midnight, the cold front will reach Dothan.   Stay weather aware all day and into tonight.