So far, many of us have not seen much rain from this weekend storms system.  Today will be cloudy, much cooler with scattered showers around.  Our high may not make it out of the 60’s  The front, by early this morning, has made it passed I-65 and headed into southeast Alabama.  That’s where the best chance of thunderstorms will be today – along and ahead of the front.  A few could be strong in the Wiregrass counties.  A marginal severe Risk exists there. 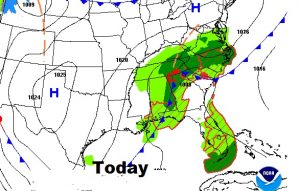 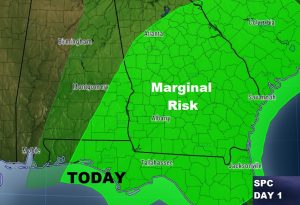 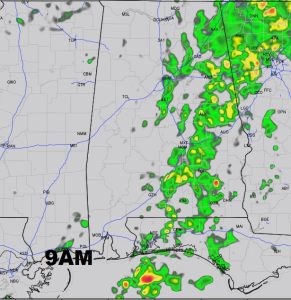 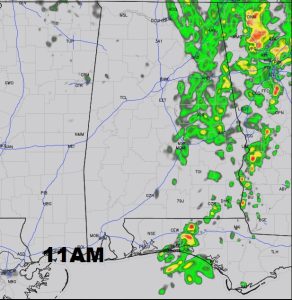 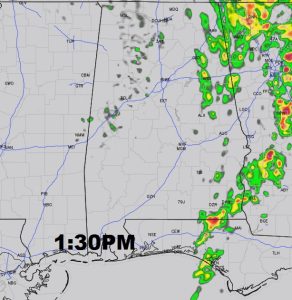 UPPER LOW:  An upper level area of low pressure will move into Alabama today and will dominate our weather into tomorrow.  Cooler air aloft will mix down to the surface.  Lows tonight will fall to the low 50’s.  Clouds will dominate the forecast today, tonight and through much of Monday before clearing skies Monday afternoon/Monday night. 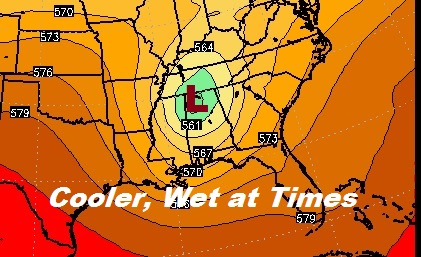 WEEK AHEAD:  Sunshine returns on Tuesday and Wednesday along with another warm-up.  A front will bring some thunderstorms into the state Thursday. 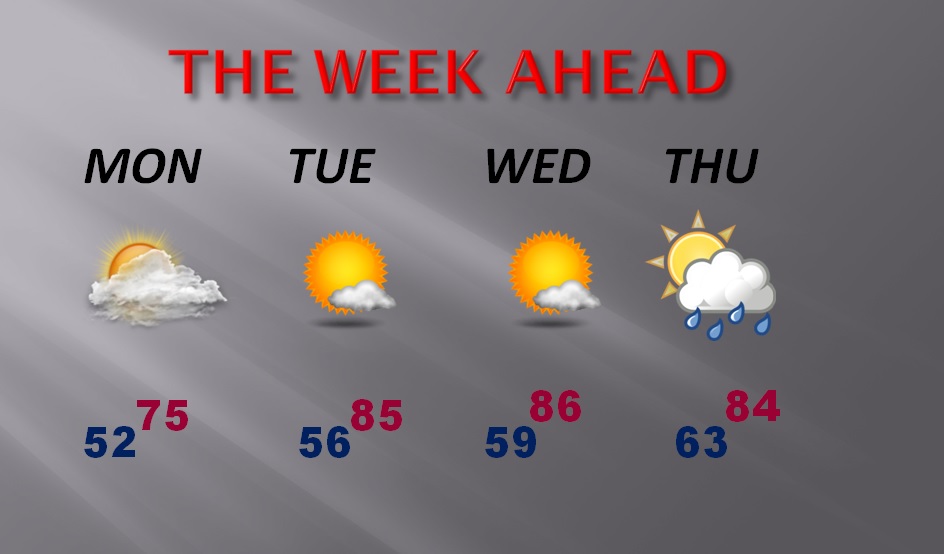 WHO HAS RECEIVED RAIN?:  So far, with this system, rainfall has been rather elusive and sparse,  especially in central, east and southeast Alabama.  We didn’t expect much, and it sure has played out that way. Obviously, the western counties have seen the most rain so far.  This is not good news for the growing drought.  Doppler rainfall estimates shows who has seen rain, and who has not.  (through 5AM Sunday) 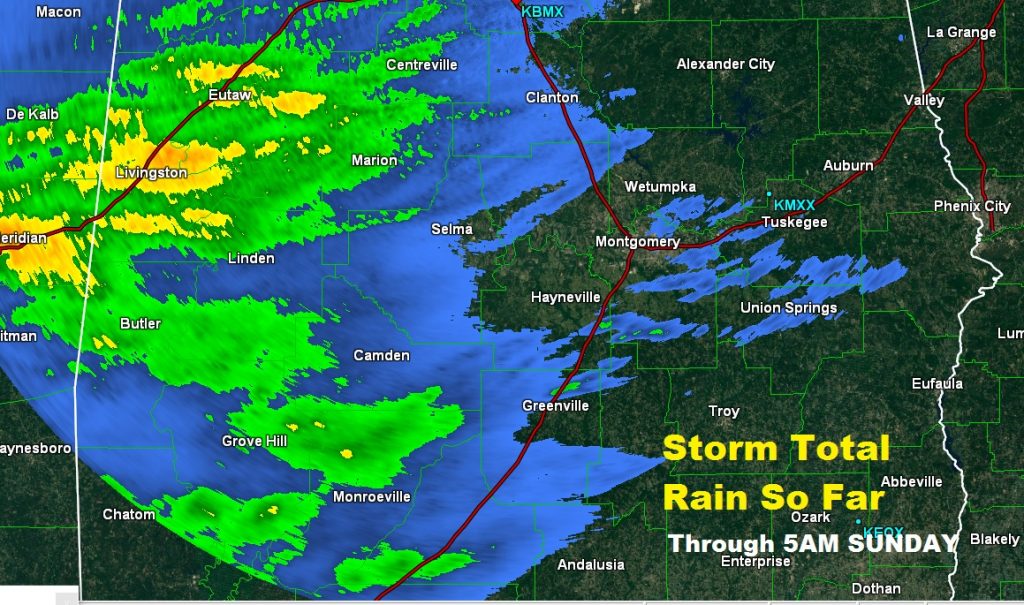 Have a nice Sunday.  I’ll have another video for you bright and early tomorrow morning….online by 5AM, if not sooner.