It was a day in weather history that simply can’t be compared to any other day.  In fact, it was our nation’s biggest Tornado Super Outbreak of all time.  Unfortunately, Alabama was  Ground Zero.  By far, the hardest hit state – with 62 tornadoes and 252 deaths.  Nationally, on that day, there were 218 tornadoes and 317 deaths.  Even surpassing 1974, the previous benchmark.

But, it’s not just the number of tornadoes.  It’s the prolific number of violent tornadoes.  On that day, there was an unprecedented 4 EF-5’s.  An EF-5 is very rare indeed.   There were 11 EF-4’s, and 19 EF-3’s.  That’s more “significant” tornadoes than any other day in history. 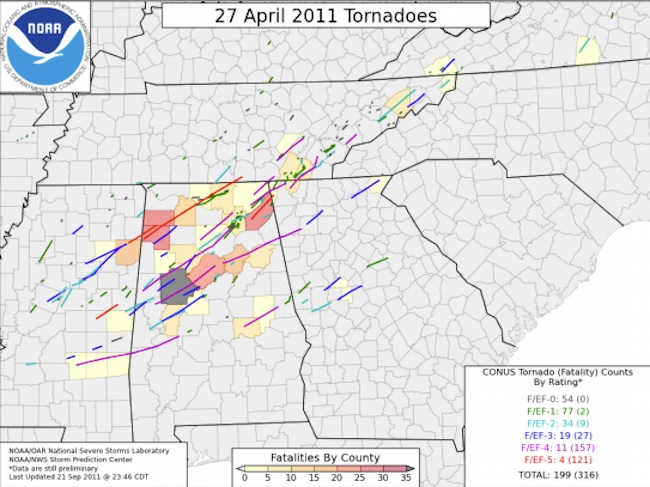 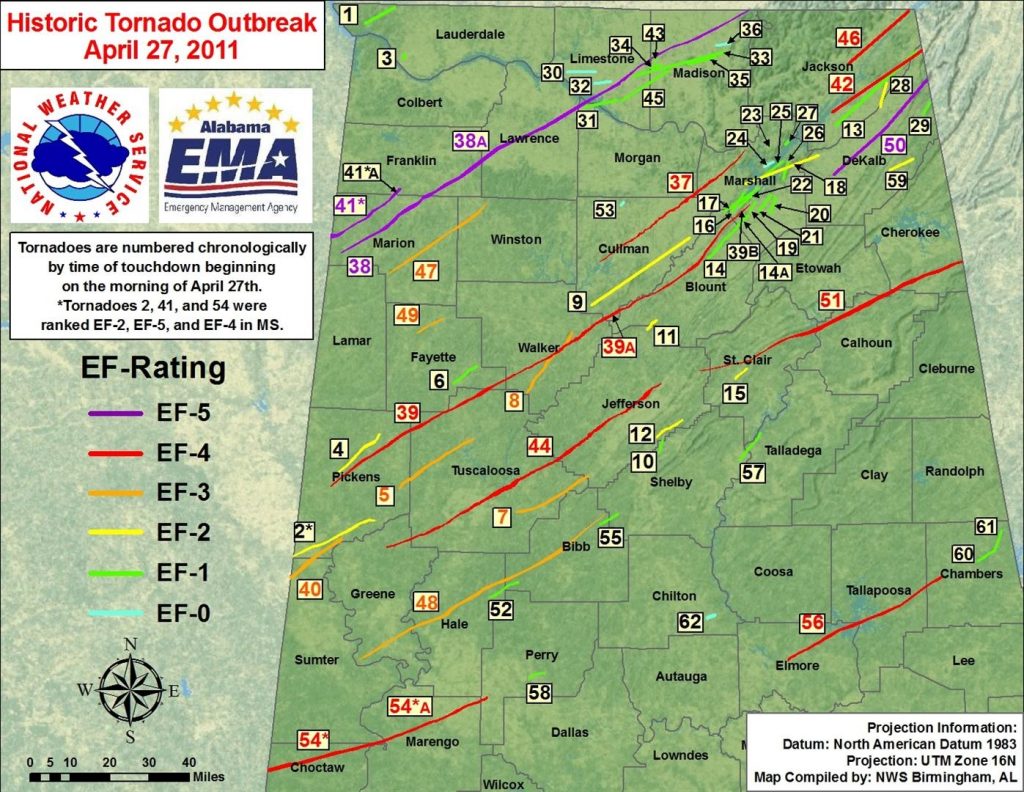 It’s still tough for me to try to realize how 252 people could have died in this modern day and age.  We knew several days in advance it was going to be bad.  The severe weather parameters were off the scale.  All the right ingredients came together at exactly the right moment.  Supercell thunderstorms were numerous.  Each began to rotate, and almost off them produced tornadoes.  Some supercells produced numerous tornadoes.  One supercell stands above all others.  It formed in eastern Ms at 2:40PM and dissipated 8 hours later in western North Carolina, dropping multiple tornadoes along the way. 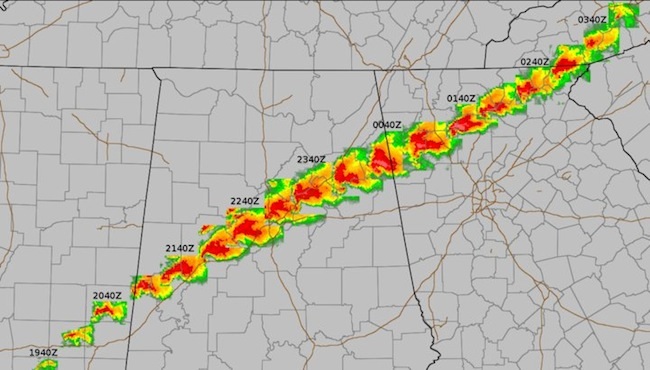 One of the tornadoes it produced was the famous Tuscaloosa-Birmingham tornado, which was on the ground for 80+ miles, killed 65 and injured 1500+.  It is the longest and deadliest tornado in Alabama’s history.  I will never forget narrating this tornado LIVE during the 5:00 news.  It was surreal moment in my career, because I knew there were so many people about to die. 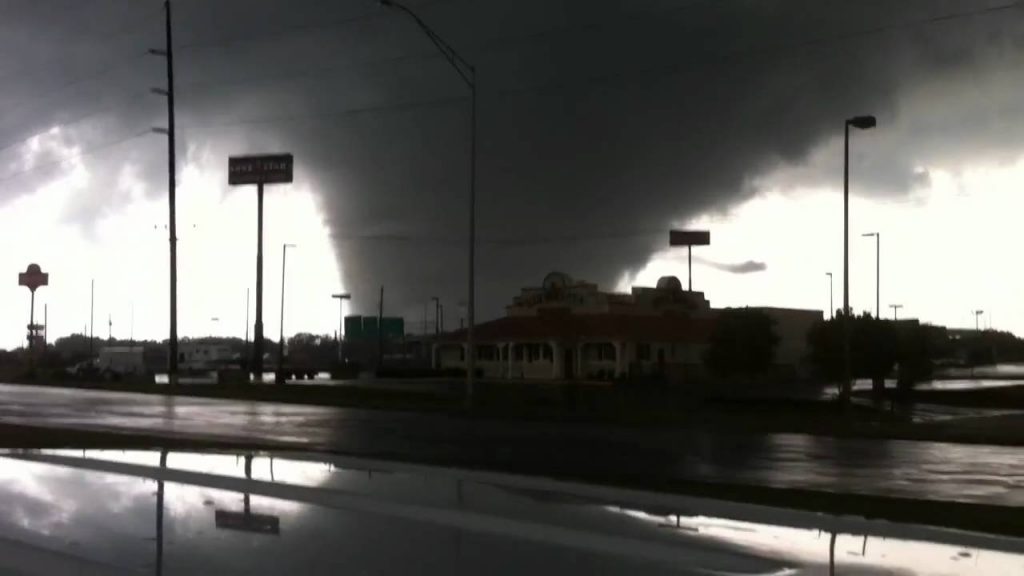 Closer to home here in central Alabama, we had a horrific tornado that tore through parts of Elmore and into Tallapoosa counties.  It destroyed the Myers Trailer Park near Eclectic, where 5 died.  The storm continued eastward, intensifying to EF-4 intensity as it approached Lake Martin, causing unbelievable damage and killing 2 more people in Tallapoosa county.  These are snapshots from my IPHONE.  Myers Trailer Park. 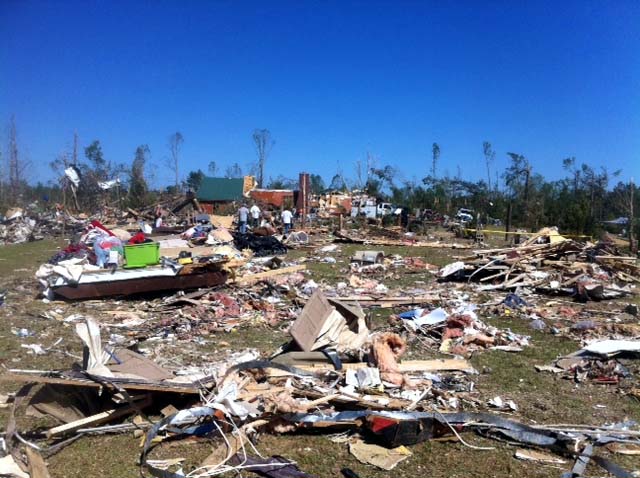 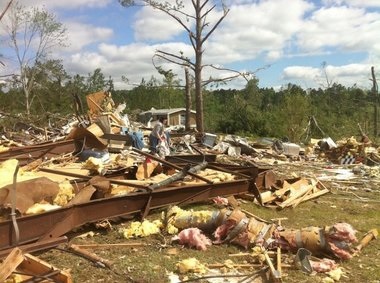 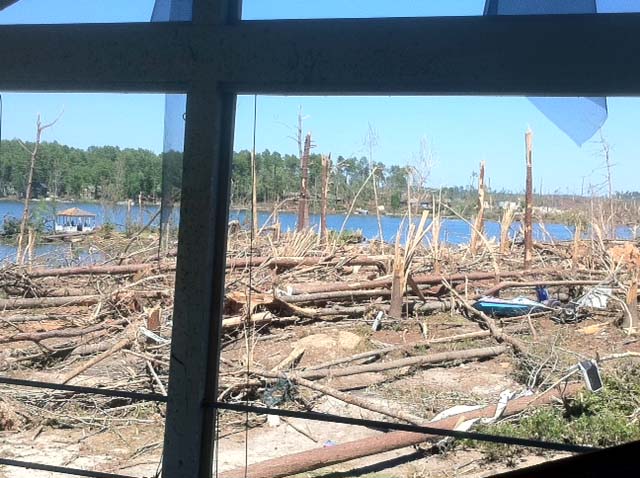 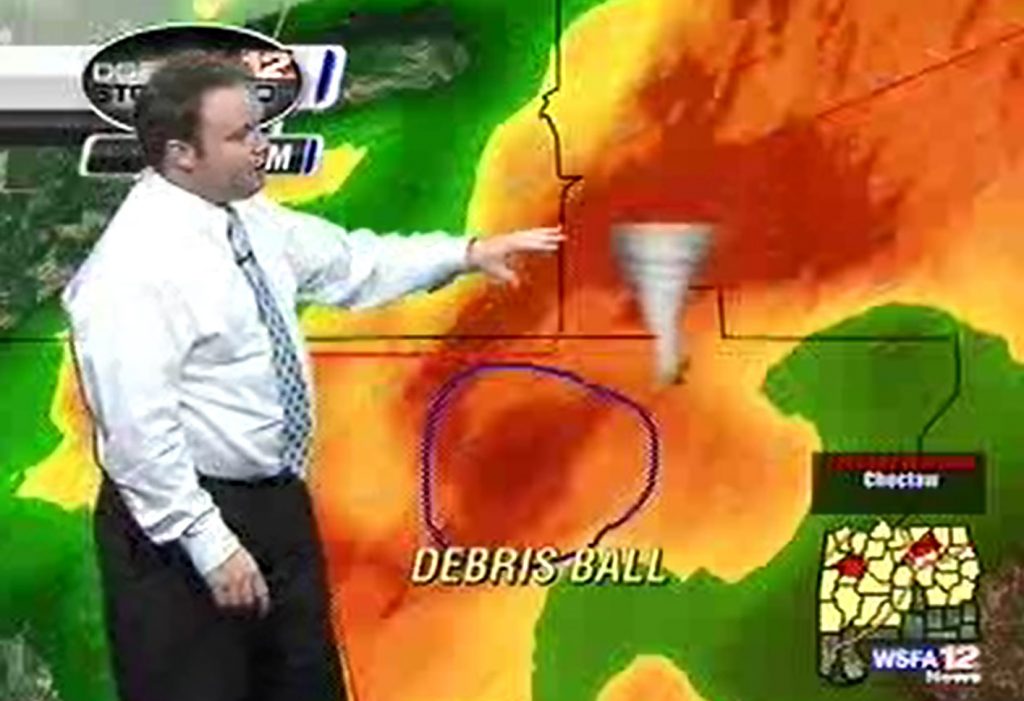 Here was our interupt on WSFA for that tornado warning just after sunset that night.

I’ve covered many tornadoes and hurricanes in my 40 year career on radio and TV, but hearing the heart wrenching stories from the victims at Myers Trailer Park is something I will never forget. 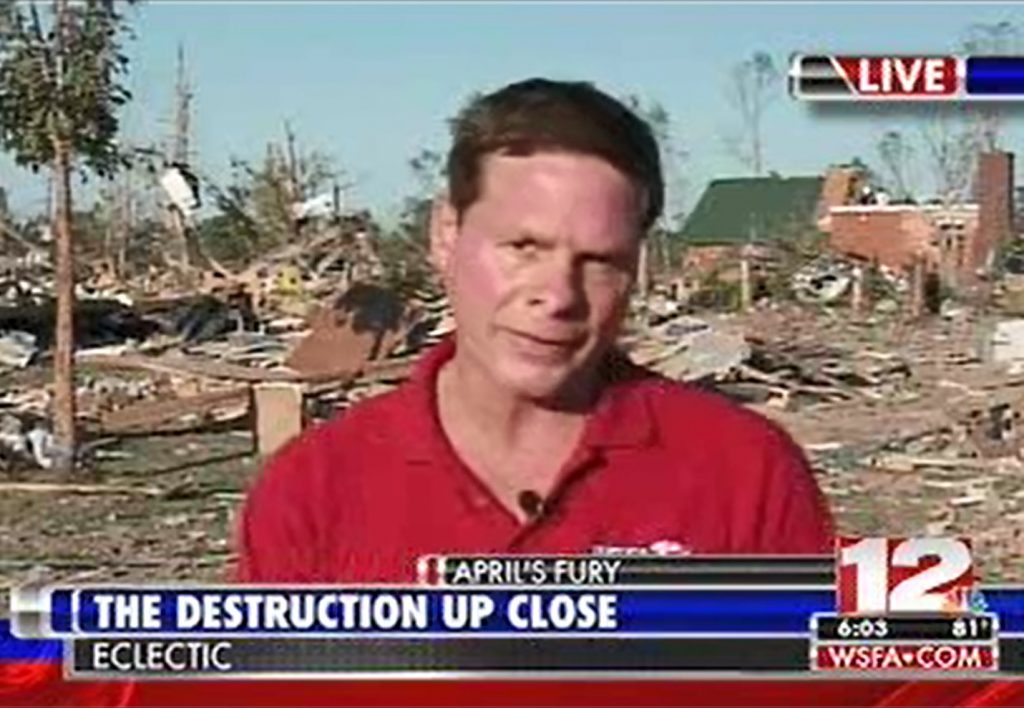 Before any severe weather event, I’m asked, “Will this be like April 27, 2011?”   What happened that day is called a generational event.   Outbreaks on this scale might happen every 40-50 years.  Let’s hope we never see another day like April 27, 2011 in our lifetime.

Check out this stunning radar loop of the whole day as it unfolded, from a morning QLCS event which caused extensive damage to the explosion of supercells in the afternoon & evening.  Amazing.

Here’s a few links to additional articles which go into greater depth about the Super outbreak. 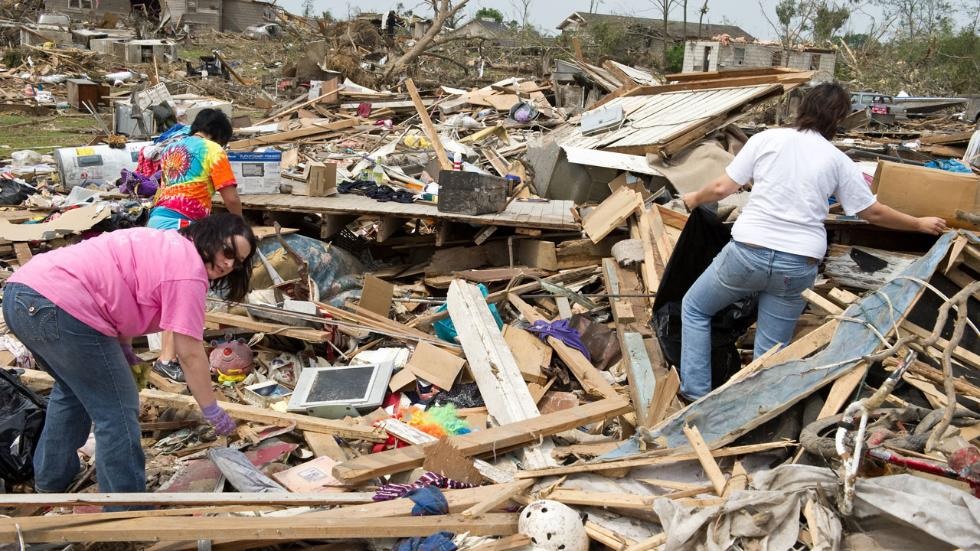