Afternoon storm caused heavy rain put on quite a show in spots, especially around Montgomery. Flooding reported in numerous Montgomery neighborhoods. The most serious flooding was downtown where 2 inches of rain fell in less than one hour, between 2:30-3:30. Meanwhile, East Montgomery had .67, and the airport only .32. More than an inch fell in Prattville. And yet, this was just a routine cluster of slow-moving pop up summertime storms. Lightning was intense and knocked out power in spots. 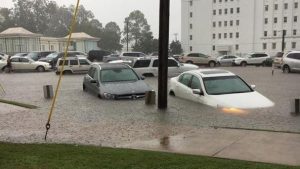 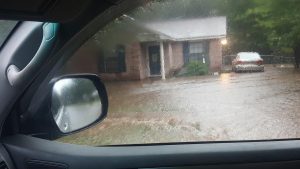 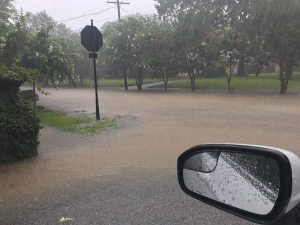 Here was the radar view at 2:29PM.  Believe it or not, it was just a slow moving but otherwise routine pop up summer storm. 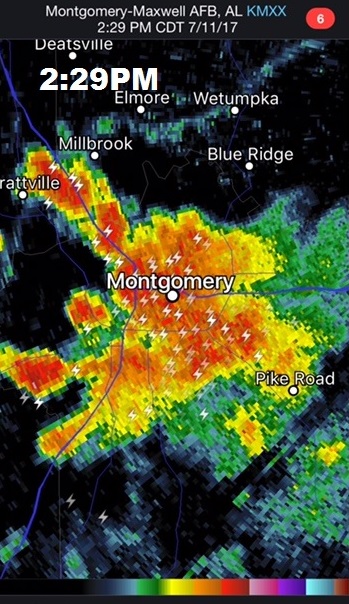