Following an afternoon/evening of excessive flooding rain in many spots yesterday, another round of rain and thunderstorms  today has prompted a Flash Flood Watch for much of central & east Alabama through tonight.  With saturated ground already, today’s additional rain could easily lead to flooding.  General rainfall amounts yesterday were in the 1-2” range, but some locations had 4-6”.  More about yesterday’s excessive rain/flooding below. 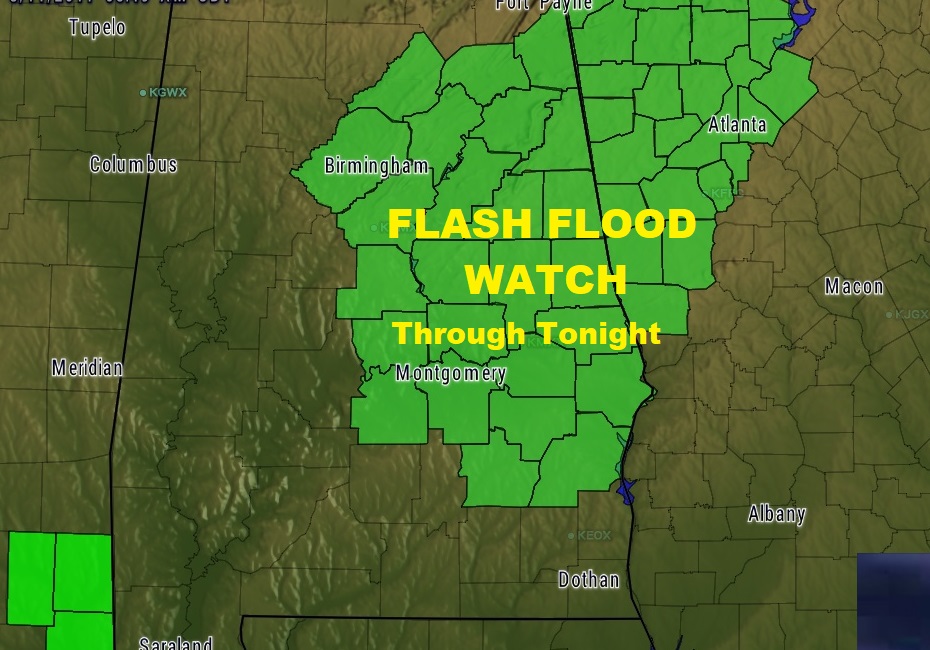 Future radar shows widespread showers and storms across the area by mid-day and in through the afternoon & evening. 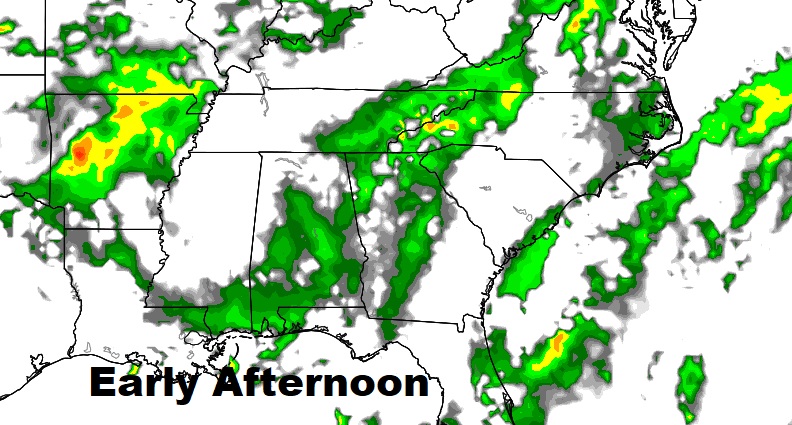 NEXT FEW DAYS:  Unfortunately, we are locked in this pattern, and showers and storms will be quite numerous through the weekend and into the early part of next week.  Storms will begin to thin out by mid-week. 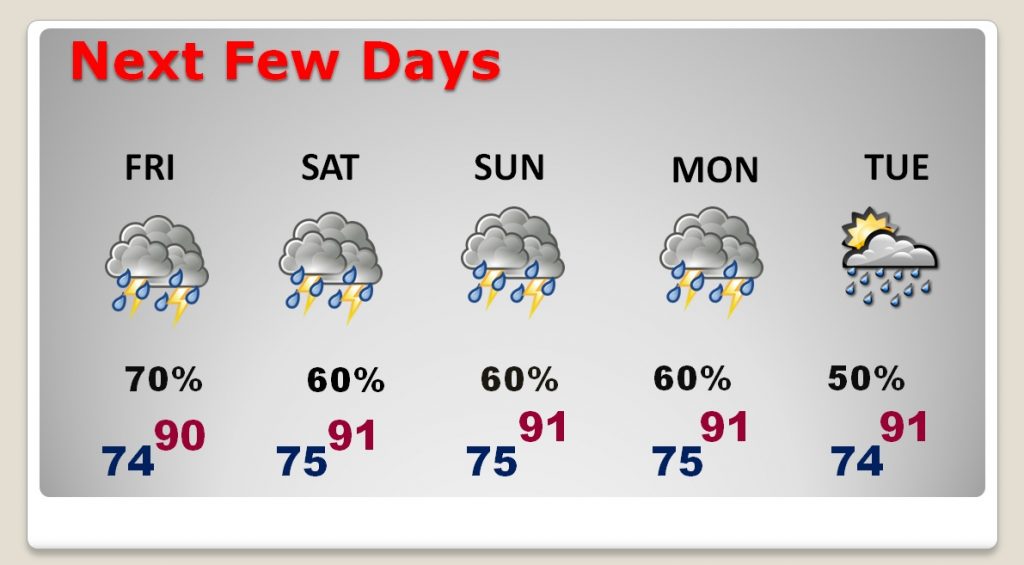 FLOODING RAINFALL IN SPOTS:  Doppler rainfall storm total rainfall clearly shows which areas saw the most excessive rainfall.  Flooding closed streets and roads in Pike county.  Flooding roads were also a problem in Montgomery, Lowndes and Autuaga counties, too. The Montgomery airport reported a Troy airport had 3.44”, but parts of Pike county had 4-6” 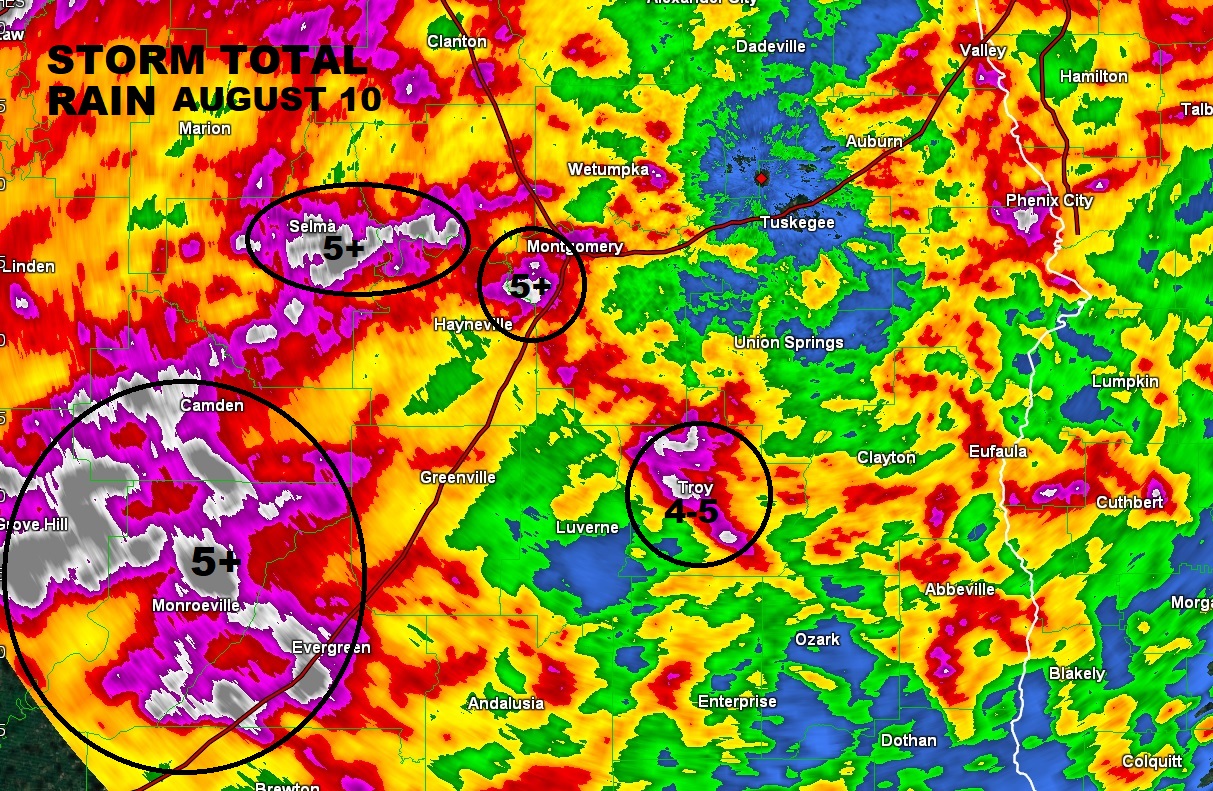 PATCHY DENSE FOG:  Take it easy on your morning commute this morning.  Yesterday’s extensive rain has set the stage for areas of patchy dense fog, which could slow you down.  Visibility below ½ mile in spots.  Dense Fog Advisory until 9AM. 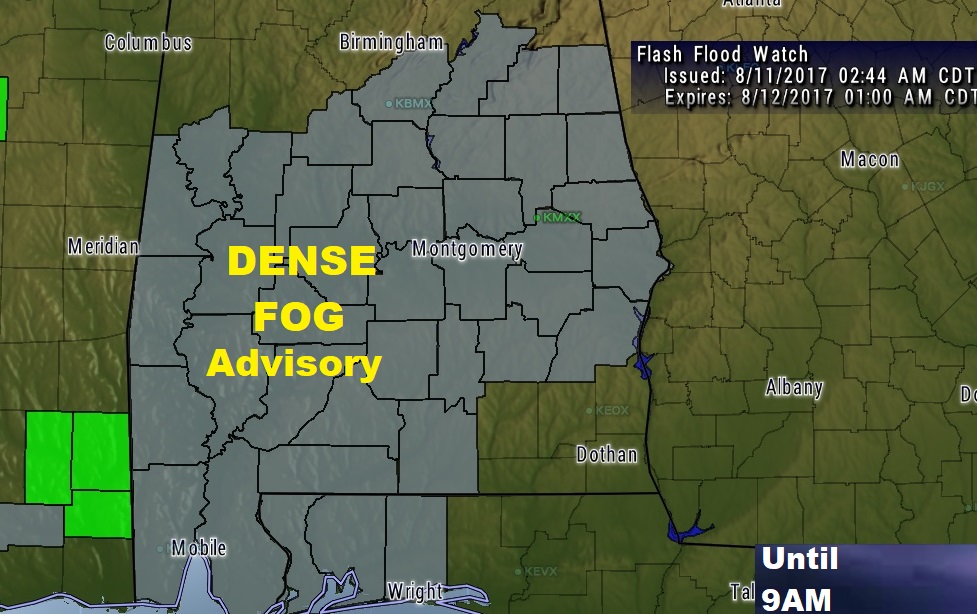