Air Force Reconnaissance, and surface observations indicate the winds in Hurricane Harvey have reached 120mph,  making Harvey a Major Category 3 storm.  When reaches the Texas coast by morning, it will be the first landfalling Major Hurricane on US soil in 12 years.  The storm is now 180 SE of Corpus Christi moving NW at 10.  Pressure has dropped to 943 millibars.  Hurricane warnings continue on the Texas Gulf coast.  The worst news for Texas…Harvey will stall and loop through the coastal area through the rest of the weekend.  A Storm surge of 6 to 12 feet, and relentless heavy rain will produce catastrophic flooding.

A wind gust to 57 mph (91 km/h) was recently observed at the Naval
Air Station in Corpus Christi. A coastal observing site near Port
Aransas has measured a sustained wind of 49 mph (80 km/h) with a
gust to 60 mph (96 km/h). 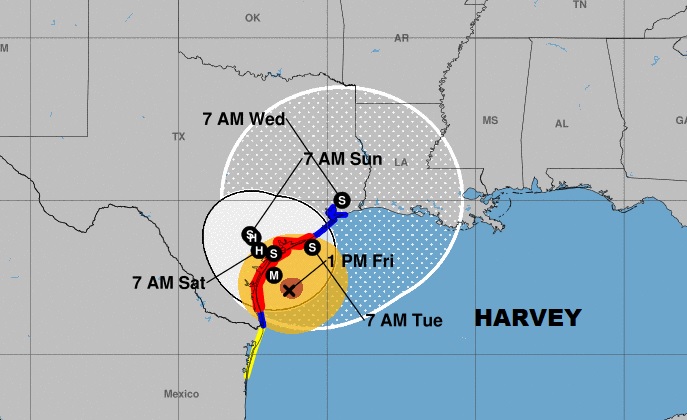 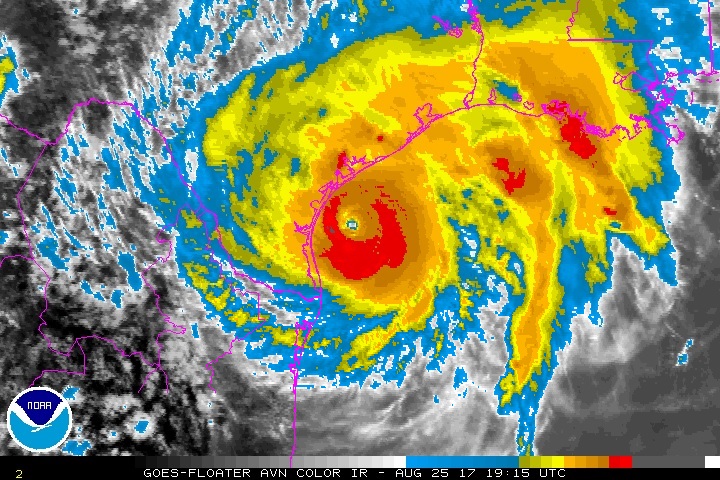 PROLIFIC RAINFALL AMOUNTS:  Computer models continue to indicate some rainfall totals which are simply hard to grasp.  Easily rainfall could be 20 to 30”, but locally rainfall amounts could be much higher.  Catastrophic flooding is not only possible, but is highly likely, including the Houston/Galveston area. 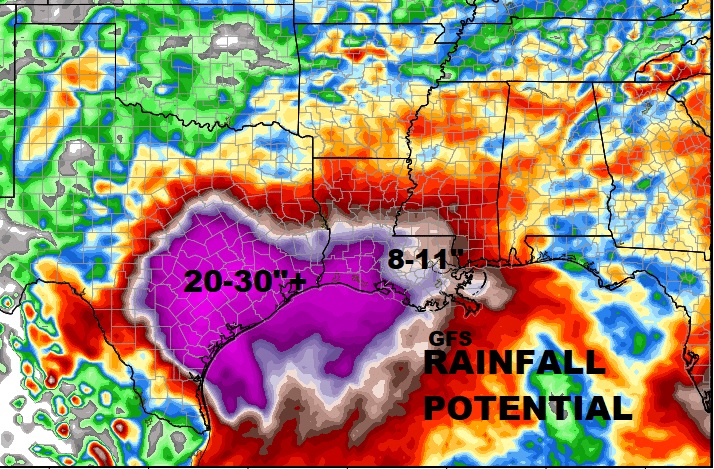 WHAT HAPPENS AFTER TEXAS?:  After pounding Texas for at least 3 days, the future track of Harvey takes the system back over warm, open water, which could re-intensify Harvey back into a significant hurricane before making another landfall on the Upper Texas or Louisiana coast early next week.  The flooding threat will spread to much of Louisiana.  But, the sad news is, the models keep Harvey in Texas for several days. 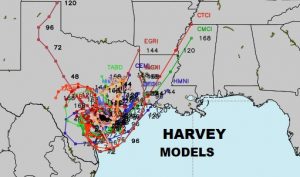 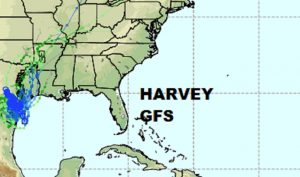