Irma’s western migration on the models has increased the chance of a significant impact from Irma in Alabama on Monday & Monday night.  I think most of us will see sustained winds nearing tropical storm force and we could see much higher gusts which will cause several power outages through eastern Alabama and southeast Alabama. 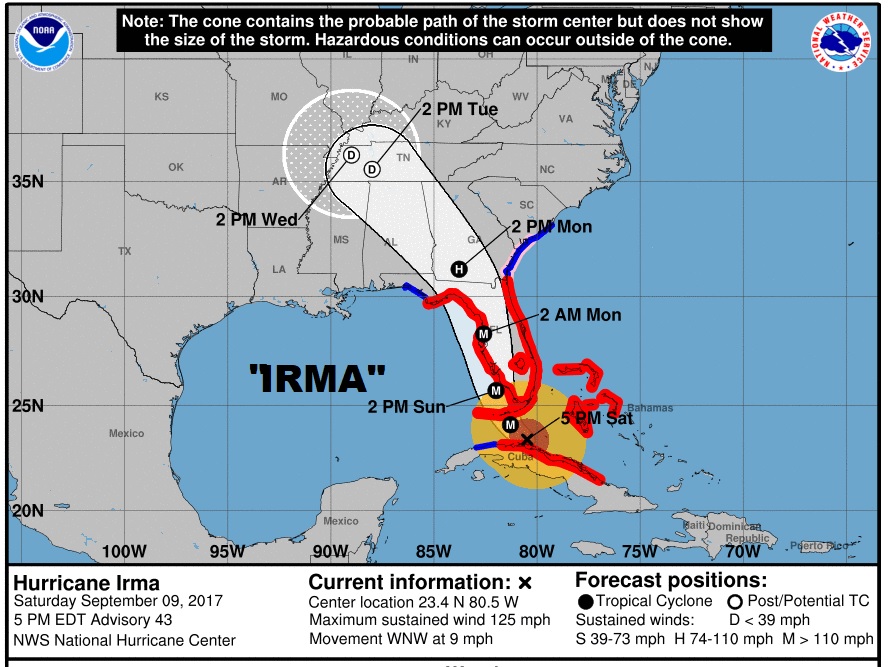 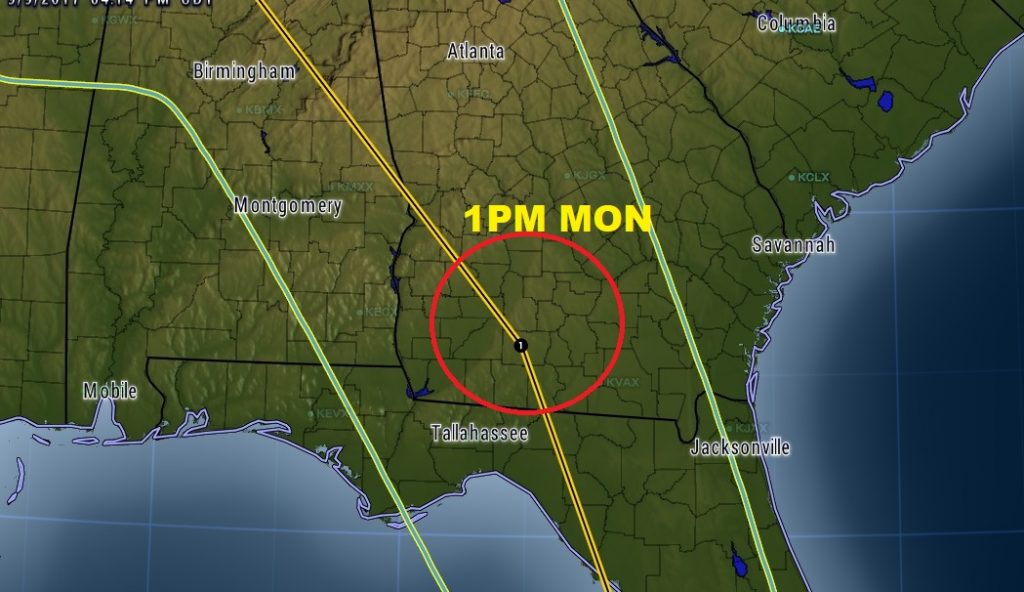 EFFECTS IN ALABAMA:  Monday morning, what will then likely be minimal hurricane Irma will depart Florida and enter south Georgia.  It will curve left and probably be close to the Alabama/Georgia line, as a tropical storm, by Monday evening.  We will be on the west side of storm.  The greatest threat of spin up tornadoes is on the other side of Irma’s track. 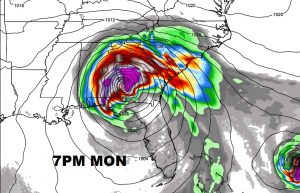 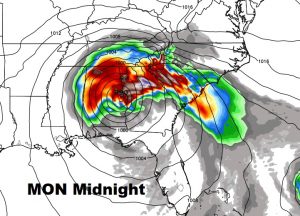 Alabama, especially eastern Alabama, from about I-65 eastward can expect rain squalls around the circulation of Irma.  Winds will increase Monday and Monday night, to 25-40 mph sustained,  with gusts to near 55 mph (Tropical storm force).  Even higher wind gusts possible near the Georgia line. This could bring down some tree limbs and some trees.  Can’t rule out power failures,  especially anywhere in eastern and and SE Alabama, and even more likely closer to the Georgia border.  Map below shows potential rainfall of 1-3” mainly east of I-65, increasing to 3-4”+ in SE Alabama and near the Georgia border.  (Notice the swath of extremely heavy rain in Georgia near the path of Irma) 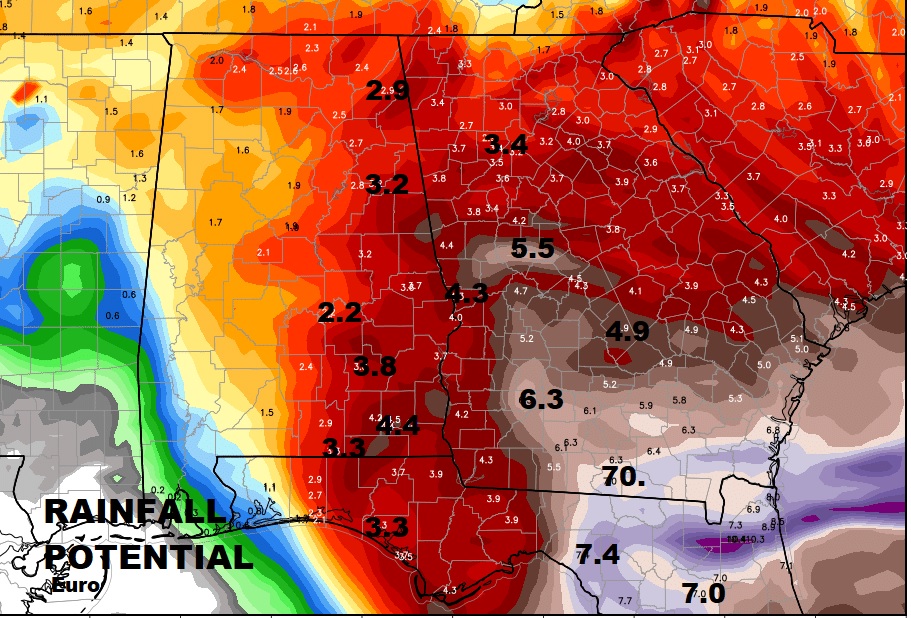 WIND POTENTIAL:  Sustained winds of 25-40 mph are a good bet along and east of I-65, increasing as you get closer to the GA border.  Wind gusts could easily be as high as 55 mph.  This will down, trees, tree limbs and powerlines .  Be prepared for power outages in spots Monday and Monday night.  Winds will begin to subside by Tuesday morning.   You may want to spend a good bit of time Sunday, securing loose objects around the yard and small pieces of patio furniture, which would blow around. 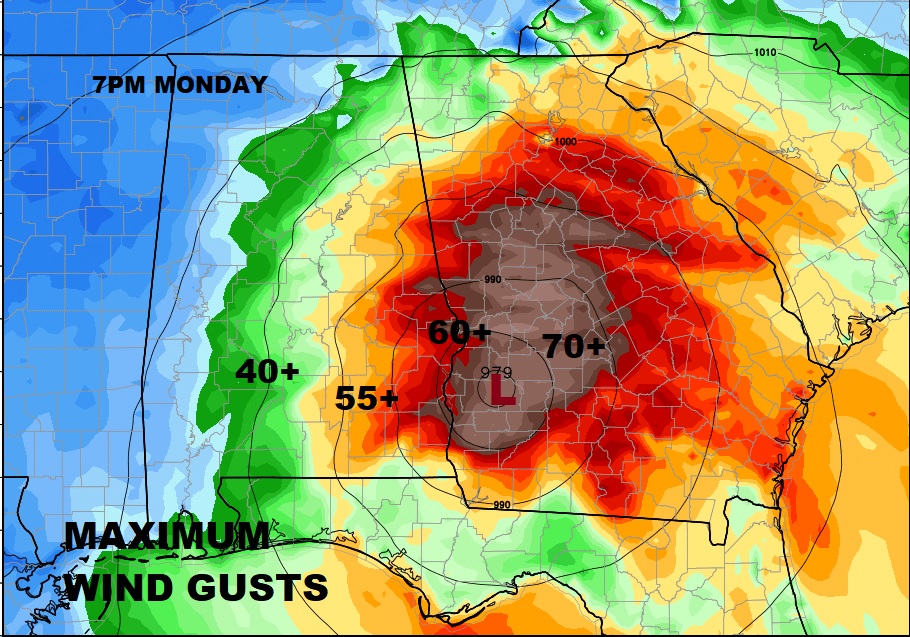 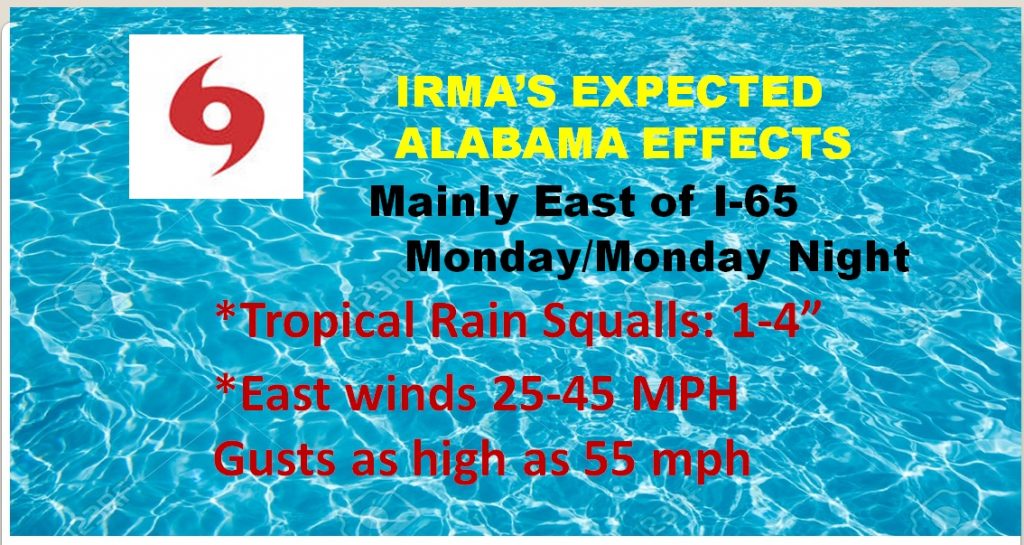 TUESDAY MORNING:  By Tuesday morning, Irma will be a depression in NE Alabama and the affects on Central Alabama’s will be gradually relaxed.  Gusty winds in the morning and a few left over showers will decrease by afternoon. 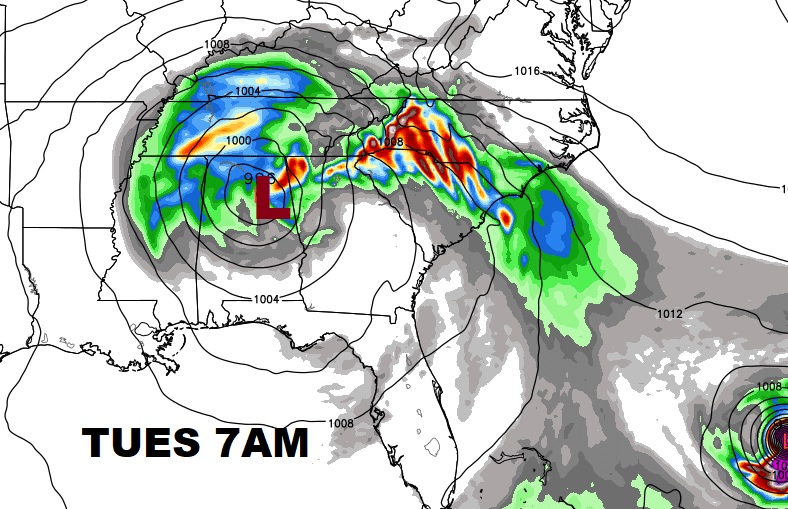 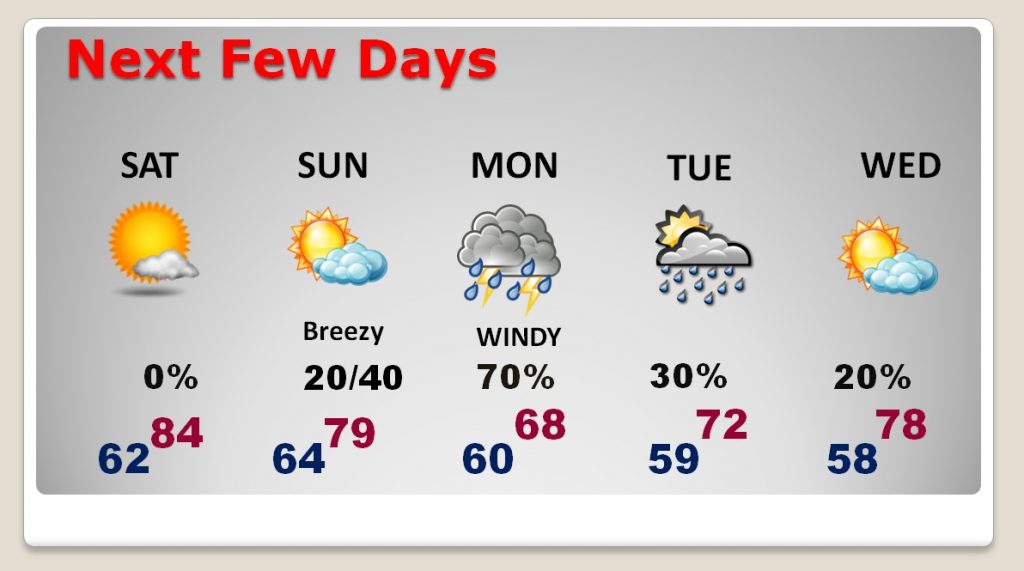 I will have a Special Sunday morning Video Update and Blog post, updating our threat from Irma and tweaking the latest forecast.  I’ll see you in the morning. Have a good night!