I know what you want.  But, can you wait for just a few more days?  Some nice air is in our future, but I’m afraid we won’t feel it until next weekend.  But, it’s coming.  Hang on!

On this Blog,  I will detail our steamy weekend forecast, the hot week ahead, the relief on the way, which will come in 2 stages, and how that cold front will be a big player in the future steering of Maria.  Everything works in concert.  It’s all connected.

MORE SUMMER HEAT:  Have you had enough heat?  Well, here’s some more.  We will be in the low to mid 90’s again today…just a like any day in July.  Isolated storms will be around but very spotty next few days.  I think we will be near or above 90 for much of the weekend ahead.  Rain chances will be small. 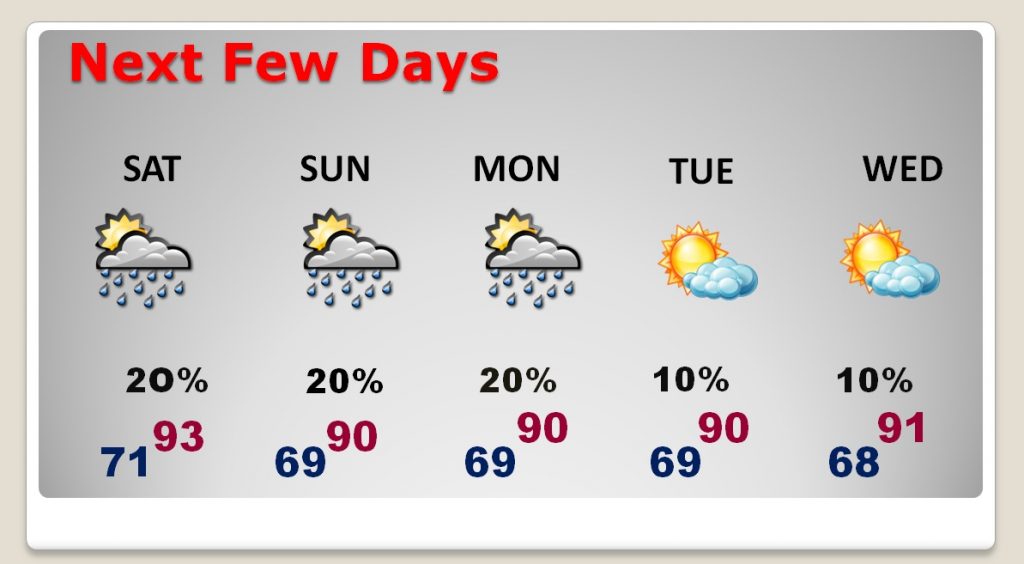 COOLER, NICER AIR:  An important trough of low pressure in the upper atmosphere will be a BIG player later in the week, not only for our weather, but also as the mechanism that will hopefully pick up Maria and take  her out to sea.  More on Maria in a moment.  Two cool fronts are in our future.  Stage one of the nicer air will knock the temperatures down Friday.  The much nicer Stage 2 cooling will be in place next weekend as we end the month of September.  Much nicer days with lower humidity and pleasantly cool nights will be knocking on the door soon. Be patient! 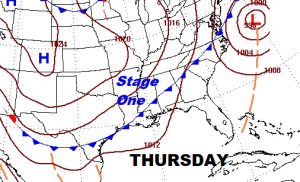 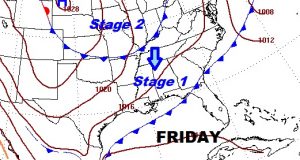 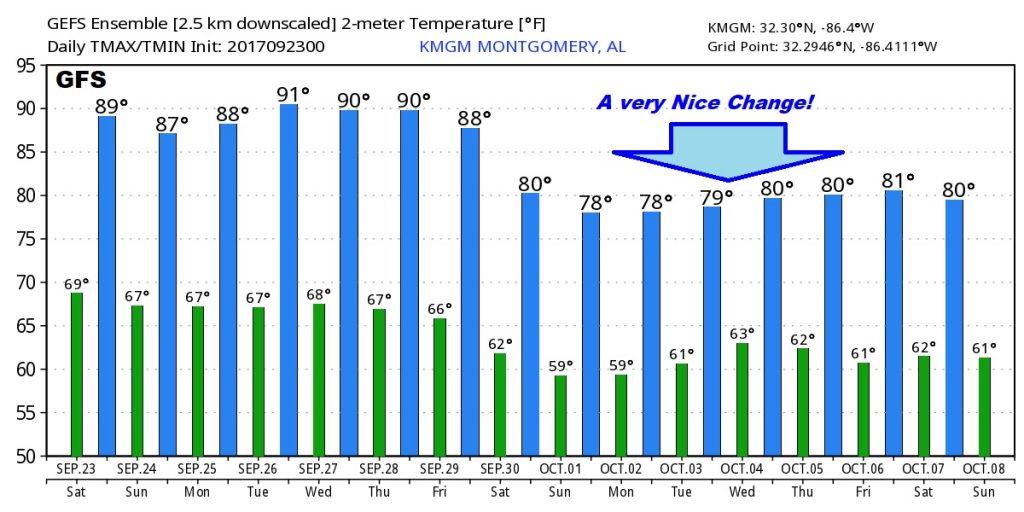 LATEST ON MARIA:  Latest trends on Maria are making may folks along the US East coast more and more nervous.  Timing is everything.  It appears that nice trough that should steer Maria out to sea, may not “grab” the storm quick enough.  Latest NHC cone and the trends on the spaghetti models have shifted westward, and it appears that portions of the Carolinas may indeed be brushed by Maria.  The extent of Maria’s direct impact on United States is not fully known yet.  Many complicated, subtle factors in the atmosphere will be monitored carefully over the next few days. 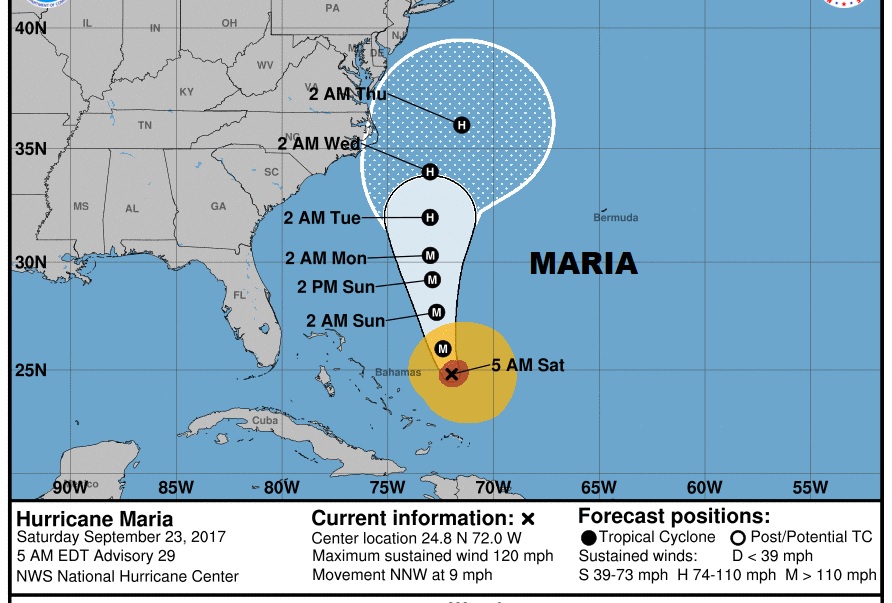 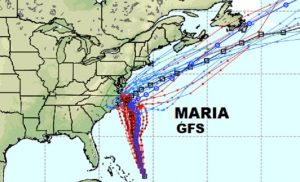 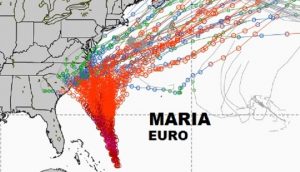 ELSEWHERE IN THE TROPICS:  Lee has regenerated into a tropical storm, with a track that loops in the eastern Atlantic.  Lee is a “fish storm”.  So, is that it?   Will we get into a quieter pattern soon in the tropics?  Maybe not.  Let me just say this.  Over the next 10 days I will be watching for some sort of development in the warm waters of the western Caribbean.   We’re watching… 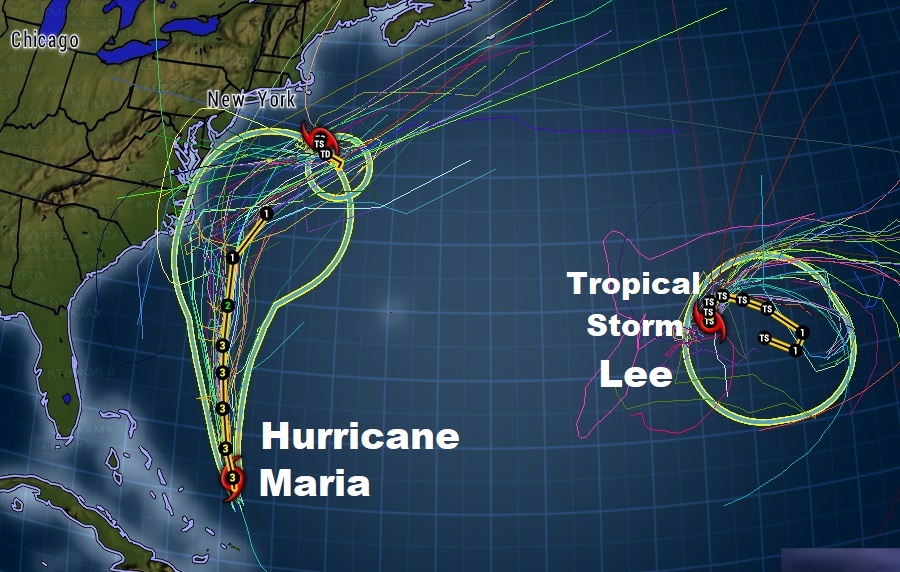