The threat for some light snow accumulation has increased.  Because of potential Travel Hazards a Winter Weather Advisory is in effect for all of the area, all the way through south and SE Alabama..  On this video, we’ll get into timing, and potential impacts, along with some estimates  on potential accumulation.  The biggest story involves the brutally cold air, which will cause excessive wind chills and very cold morning.  I have updated the numbers.  And, we’ll also look ahead to a major warm-up on the horizon that should make a lot of people smile.  Feel free to share this post.

It’s rare when you see virtually everybody under a Winter Weather Advisory, including the Wiregrass and surrounding states, due to significant travel impacts due to accumulating snowfall. 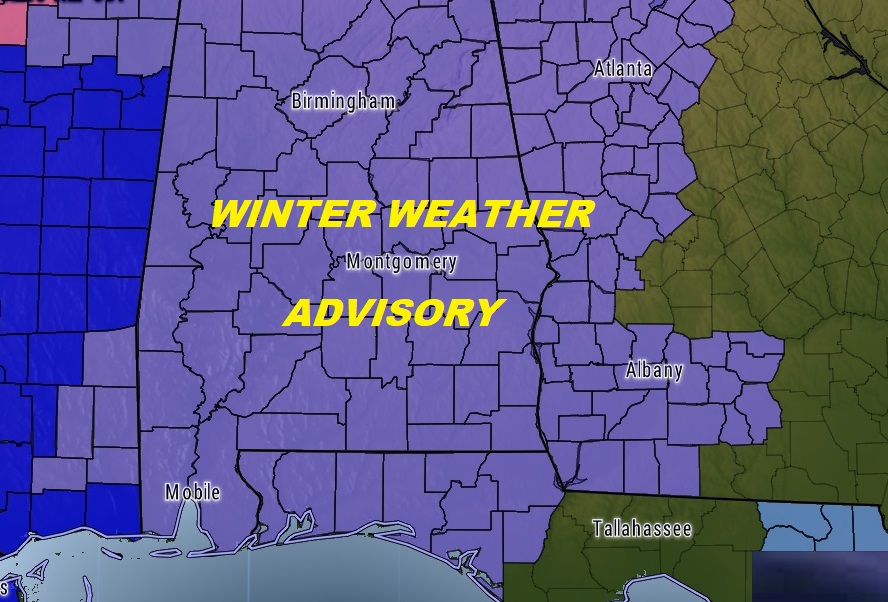 Future radar shows how the snow will increase across central Alabama later in the evening and especially late tonight.  By about 3AM and 6AM, much of the activity will be shifting into SE Alabama and eventually ending. 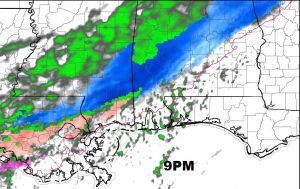 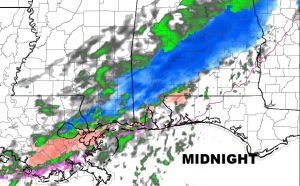 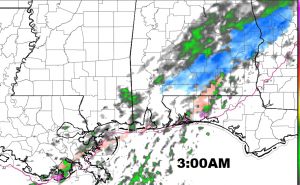 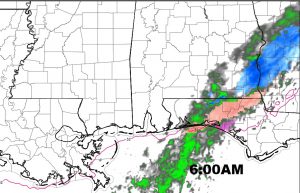 Some potential accumulations…  Many of us could possibly see an inch… Perhaps slightly heavier in eastern areas like Lee county closer to the GA border. 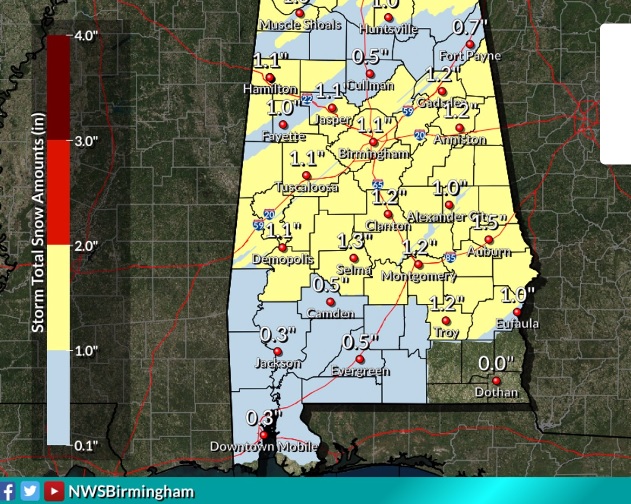 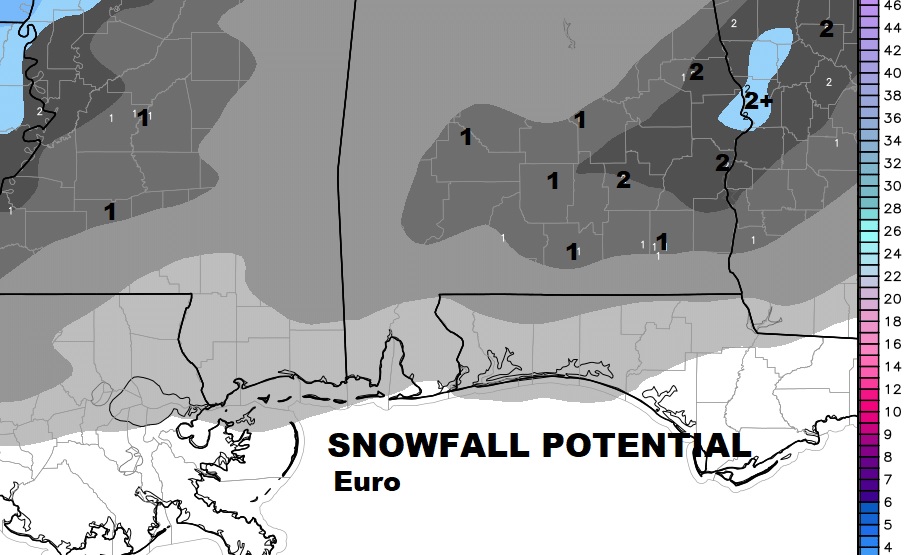 Another BIG story will be the brutally COLD and dangerous Wednesday AM wind chills.  Wind Chill Advisory has been issued. 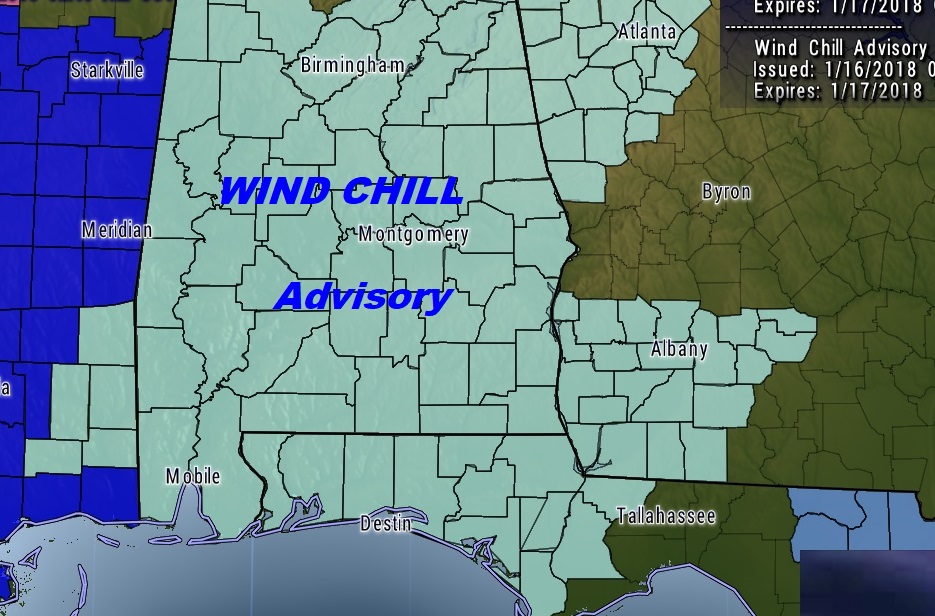 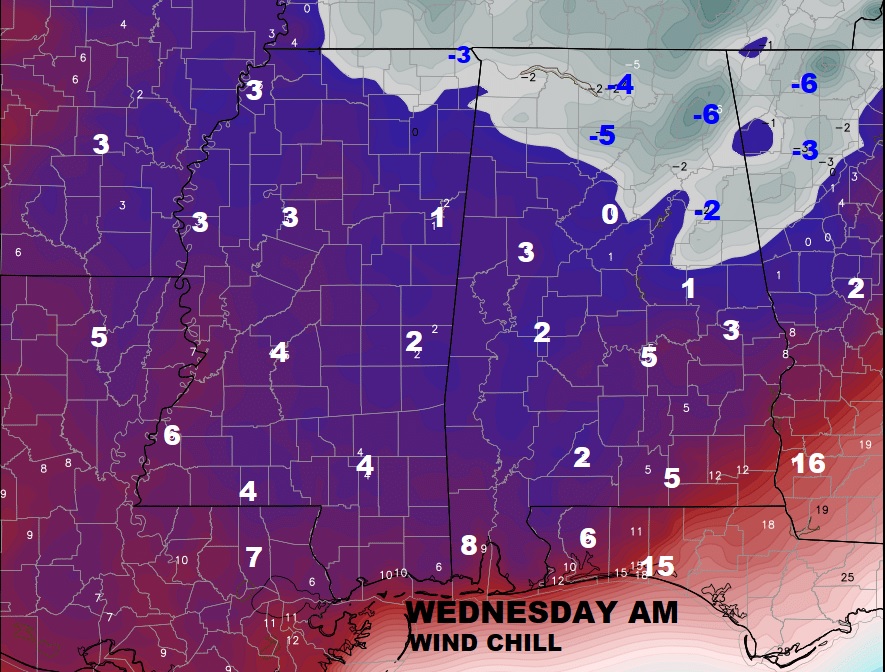 A look at the next few days through the weekend. WARMER this weekend..  Next chance of rain by Sunday  night. 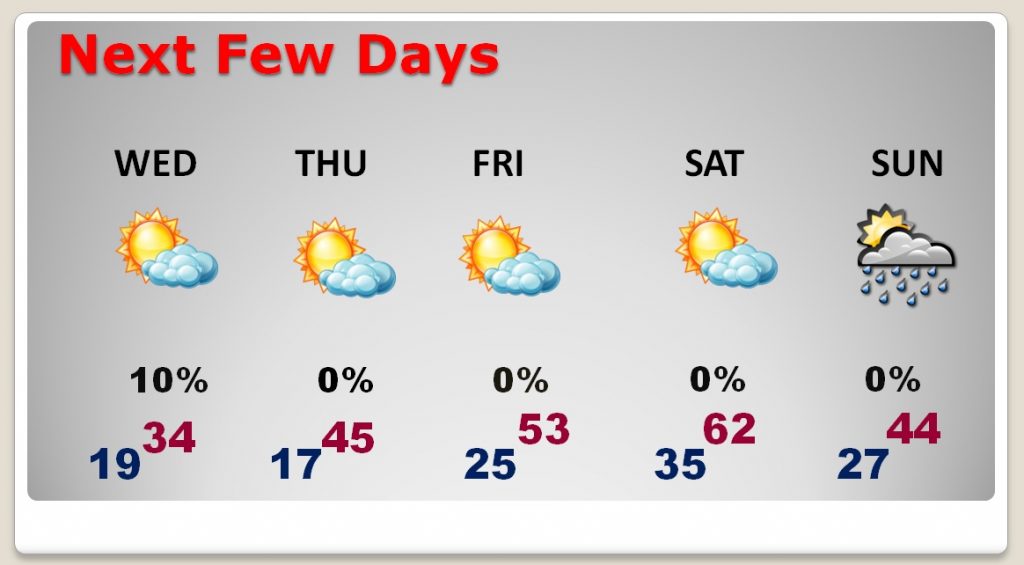 Global models are advertising some much nicer temperatures starting this weekend into next week.