It’s yet another soggy Sunday morning. It’s also windy.  But, it looks like much of the rain will be gone by mid-day.  By the time many Super Bowl parties get underway, we’ll be back to dry weather. Looks like one quiet day, Monday.  But, close on the heals of this storm system,  another more substantial system will be approaching our state by late Tuesday.  The second storm will be a wetter, and more substantial storm system.  A few thunderstorms are also possible.

TODAY:   Umbrellas are needed for church, this morning.  Periods of rain are likely through the morning hours, but by lunchtime, or there abouts, the best rain chance shifts into southeast Alabama, followed by a quick exit.  Cloudy & breezy this afternoon.  SE wind 10-16 mph.  Today’s high 62.  The actual cold front moves through by late afternoon.  Tonight, cloudy & colder with a low of 38.  Here are some Future Radar snapshots through Noon. 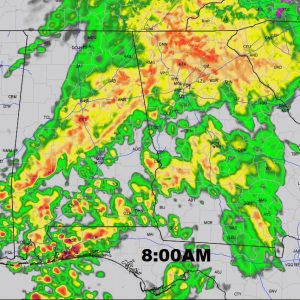 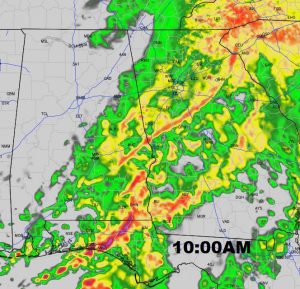 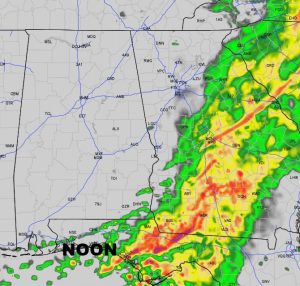 STORM SYSTEM #2:  The second storm system will be a much bigger deal, than the first one.  It will affect the area from late Tuesday and through much of Wednesday.  Rainfall amounts could be rather significant in parts of our state.  Right now, it appears some thunderstorms will be involved. While gusty winds are possible in some of the stronger storms, at the moment,  the severe weather risk still appears to be on the low side.   Still, though, we will re-examine this threat on your Monday morning video.   Rainfall totals could be quite beneficial, indeed, with more 2″+ in spots.  This will help Alabama’s widespread and  growing drought. 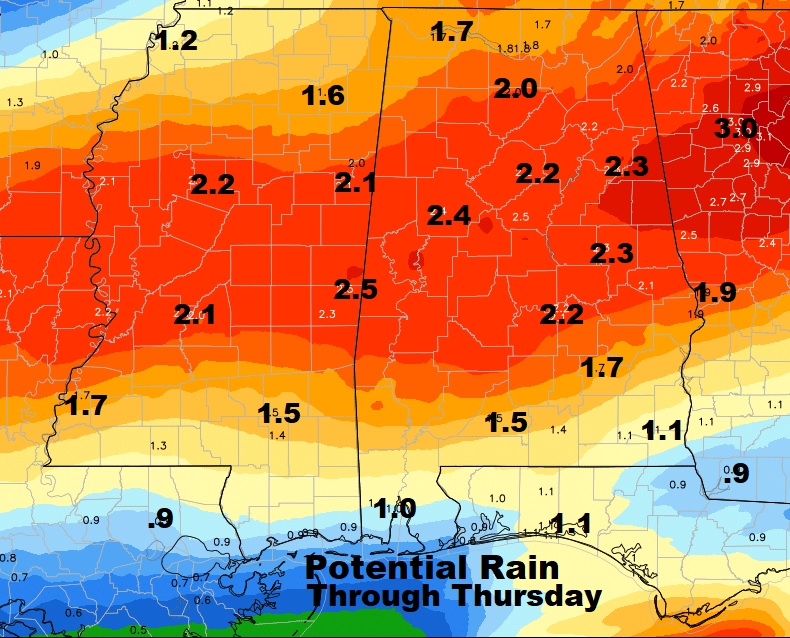 NEXT FEW DAYS:   There won’t be much of a break between storm systems.  Monday will be a dry, fairly nice day.  Tuesday showers could show up as early as afternoon, with rain likely Tuesday night..and showers and storms on Wednesday.  Thursday will be dry, but, just beyond the scope of this forecast, rain will return to the area by this coming weekend, with showers popping up, perhaps by late Friday. 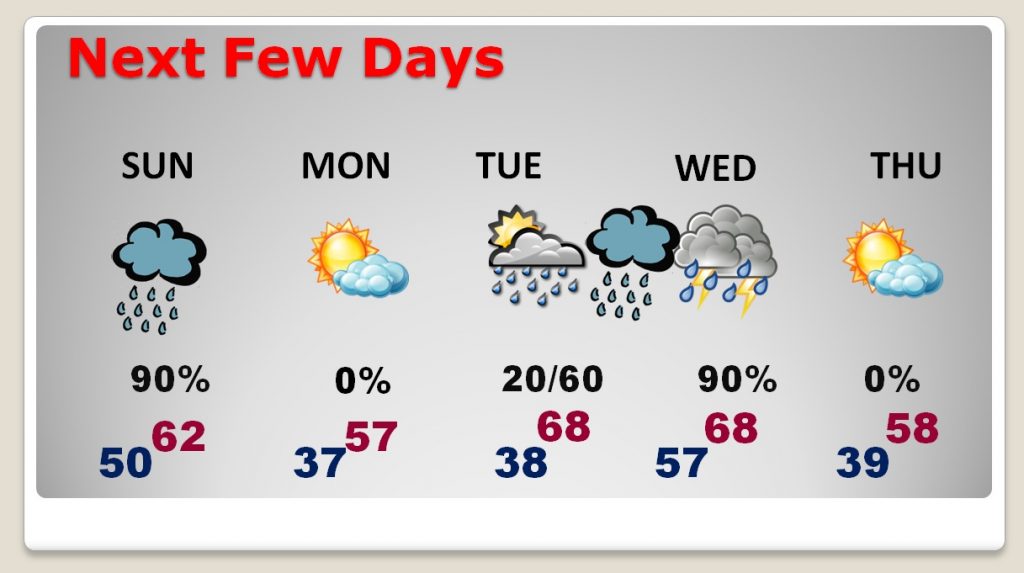 Have a nice Superbowl Sunday.  I’ll have your next complete video will be Monday morning, posted by 4:45AM.