Happy Friday!  Widespread Late season Freeze in Alabama and across the Southeast US this morning.  But, next on the weather menu is a weekend storm system  Part of our state has now been added in a severe weather risk.  I’ll update you on the details, including timing and how much rain could fall.  Plus, we are in for yet another temperature plunge behind the storm system.  And, another freeze next week is not out of the question.  I’ll bring you up to date on everything you need to know, with your toast and coffee this morning on your Friday morning personal weather briefing. Have a nice weekend.

Widespread Late season Freeze covering parts of 6 states as far south as Ocala, Florida.  But, south winds will bring in a nice afternoon warm-up today as rebound to the 60’s 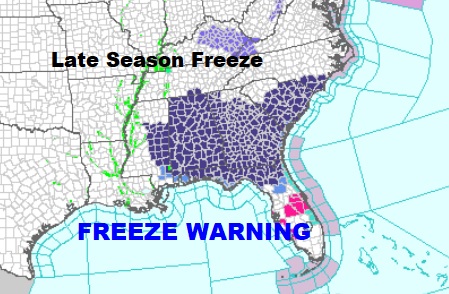 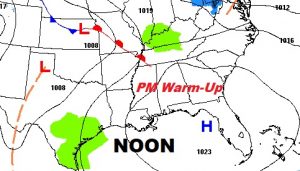 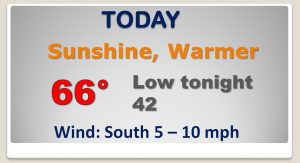 Potent weekend storm system will bring in a round of showers and storms Saturday night into Sunday.  Some storms could be on the strong side, and rainfall could be locally heavy in spotsd. 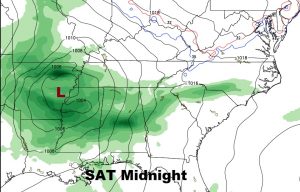 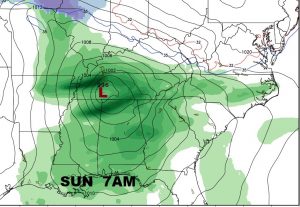 Already, The Storm Prediction Center have included parts of south Alabama in a severe weather risk.  In fact, coastal Alabama is in a slightly stronger risk zone.  This risk area from SPC could be expanded in future forecasts. 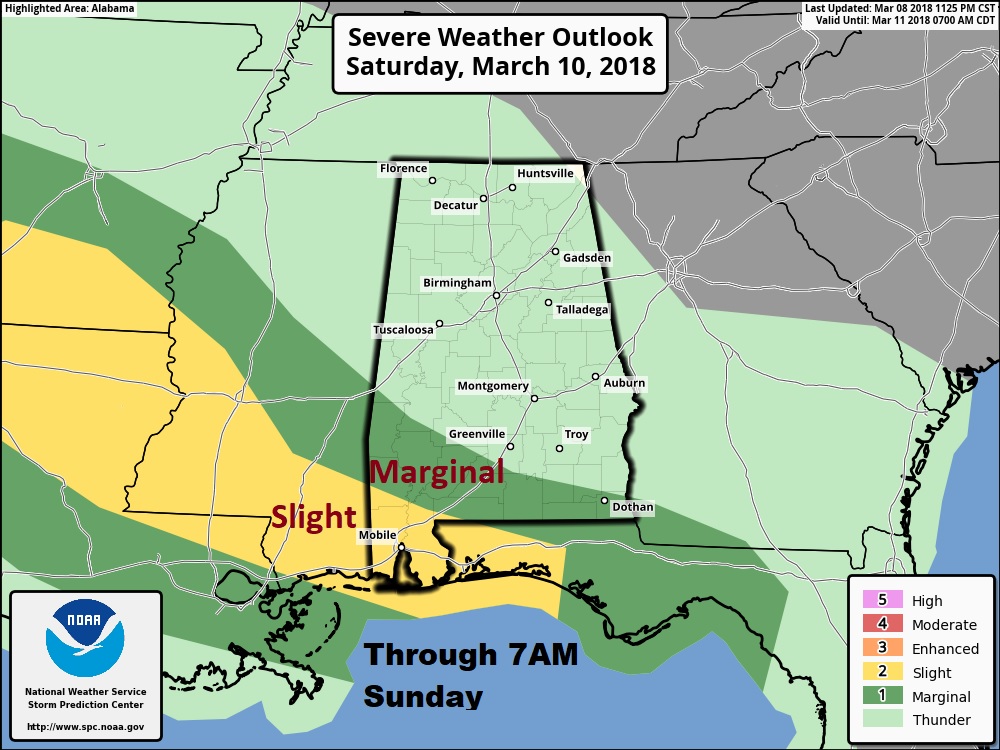 Rainfall could be locally heavy in spots.  Some places could easily see 1 to 2″+. 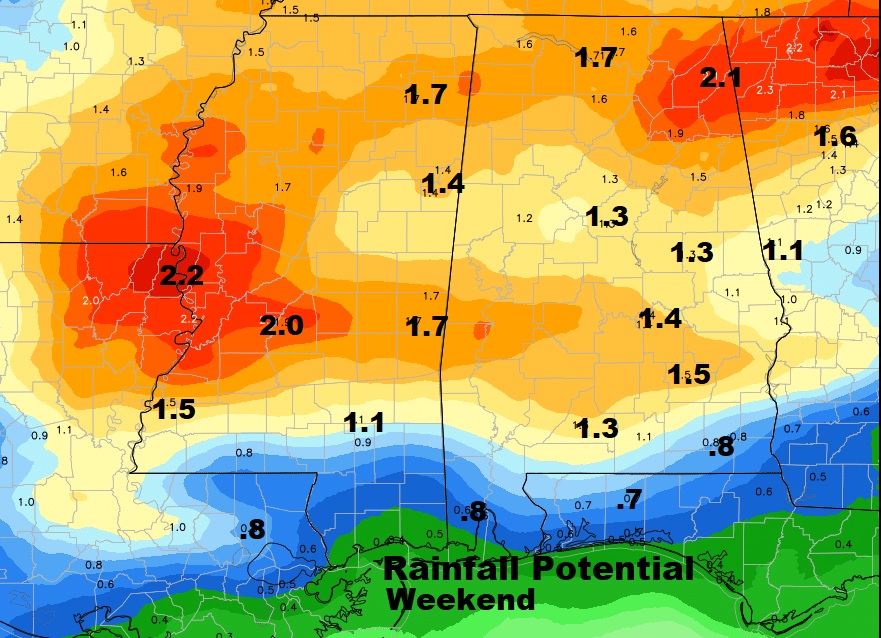 After the weekend storm system, another shot of chilly air for March will funnel back into the state next week.  There are a couple of mornings next week when we could be flirting with yet another late season freeze. 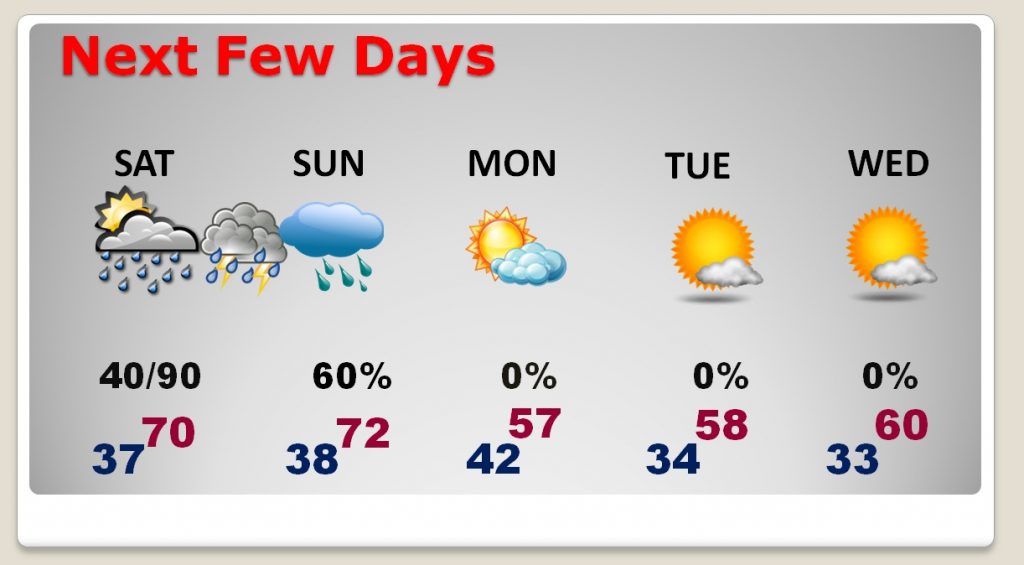 The Global models agree, we will be at least in the neighborhood of a freeze a couple of mornings next week.   I think the most likely suspect morning will be Wednesday.  After mid March, it looks like big warming.  Possibly no more freezes after that.  Maybe. 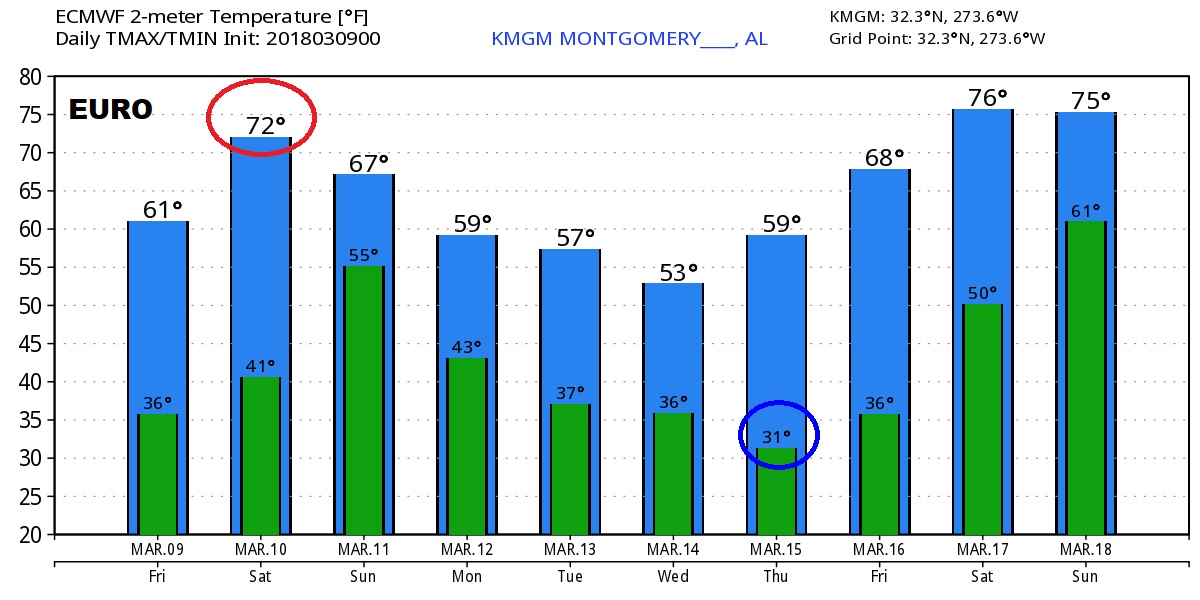 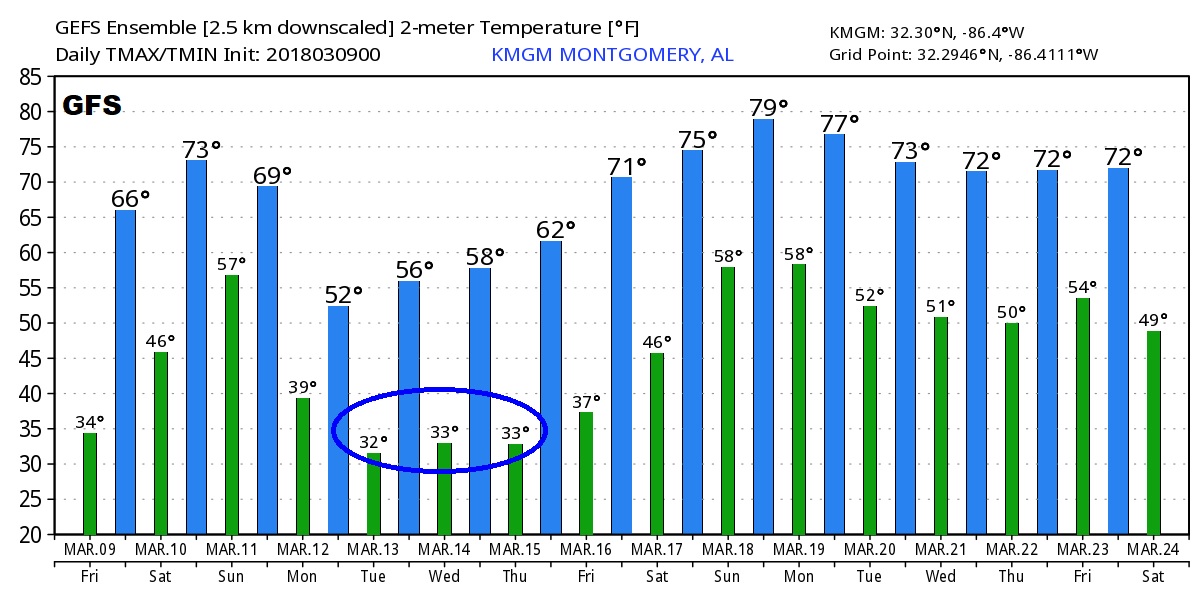