That big storm system will depart the state this morning, after producing drenching rainfall, and even flooding in parts of west Alabama.  There were some watches & warnings, but, fortunately, Alabama was spared widespread severe weather, unlike our neighbors to the west. The final tornado watch counties in SE Alabama have been cleared. Now, get ready for a windy cool-down, and another late season cool snap.

TODAY:   The risk of showers will be around for much of the morning, before the rain departs.  Winds will decrease behind a secondary front this afternoon.  West wind s will increase to 15-25 mph, but may gust above 30, between 1PM and 10PM.  Cool day today, with temperatures hovering in the low 60’s.  Cloudy/windy tonight, turning much colder, with clearing late.  Low 41 by morning. 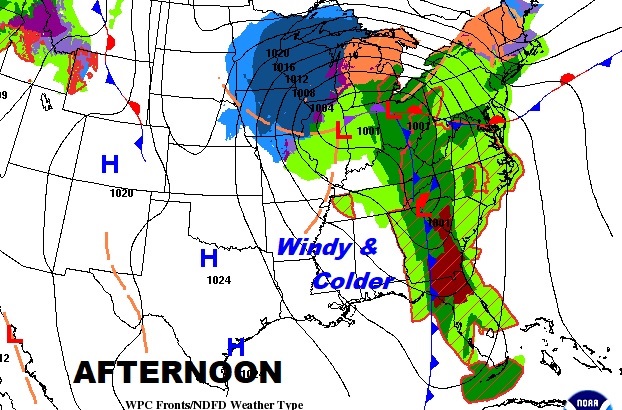 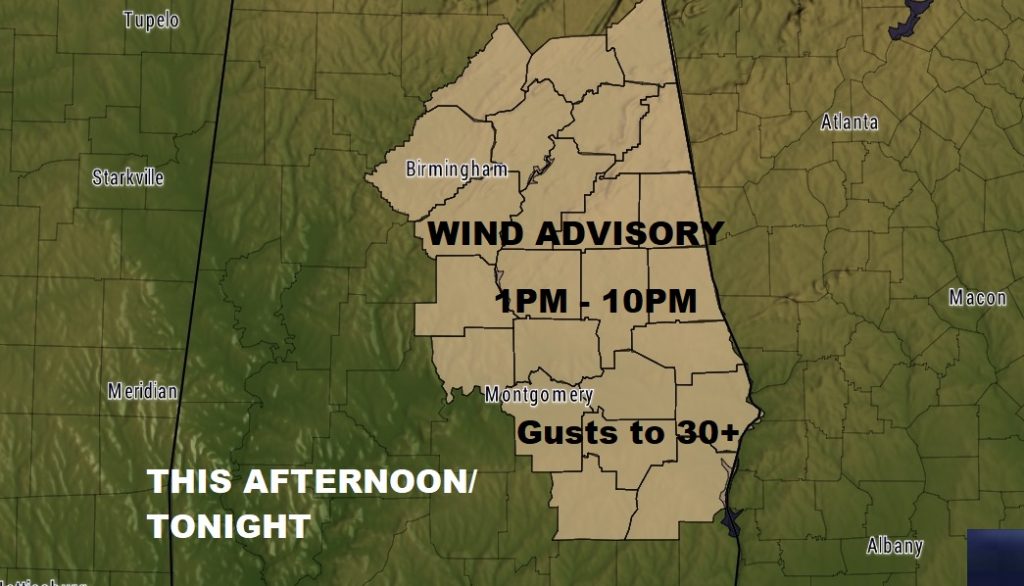 NEXT FEW DAYS:   Monday will be a very cool brisk day for so late in the season.  After a morning low of 41, the afternoon high will only climb to the low to mid 60’s.  Tuesday morning’s low near 40.  Then look for much warmer days Tuesday through Friday.  Except for a small chance of showers Wednesday night, we should stay storm-free until next weekend. 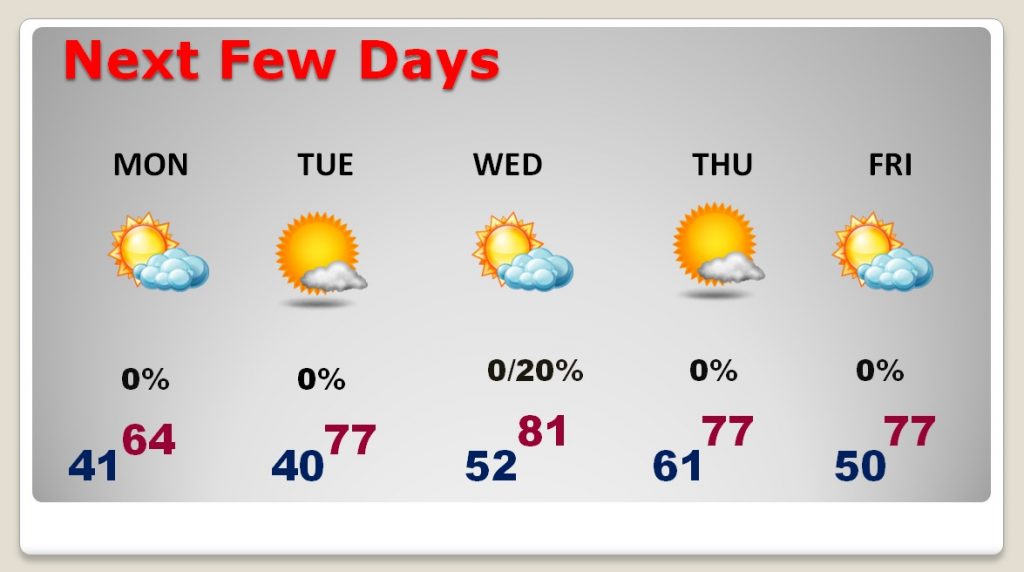 STORM TOTAL RAINFALL:  Rainfall totals from this extensive, slow moving storm system were particularly heavy across the western half of the state.  Doppler rainfall estimated of well over 5” cover a large part of west Alabama.  Flooding of some rivers and streams will have to be watched.  Farther east 1-2” of rain fell as far east as about the I-65 corridor.  Lighter amounts across the far east and SE counties. 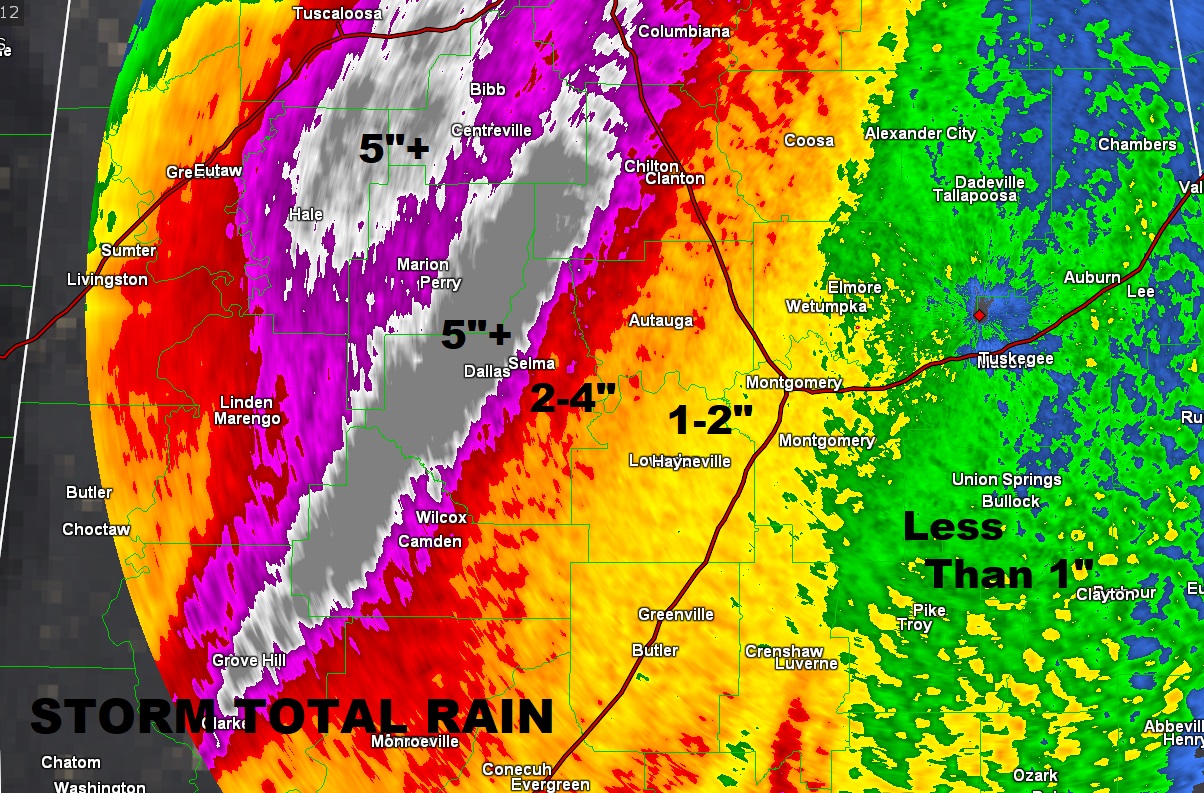 Have a nice Sunday.  I’ll have you a complete video update online by 4:45AM.  We’ll take a close look at a week ahead.