Before we talk about today, we have to talk about a Wild Saturday in Alabama, which featured clusters of powerful storms, towering 50,000+ Ft. in the atmosphere.  Hail, in spots, reached tennis ball, even baseball size.  There were multiple wind damage reports, and at least one Tornado.  It happened in Lee county near Opelika around 6PM.  A NWS crew will survey the damage this morning. 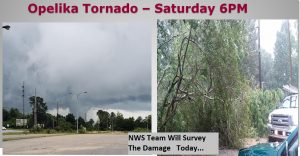 The picture of the day, yesterday?  An unwanted visitor makes a cameo at an Opelika wedding. 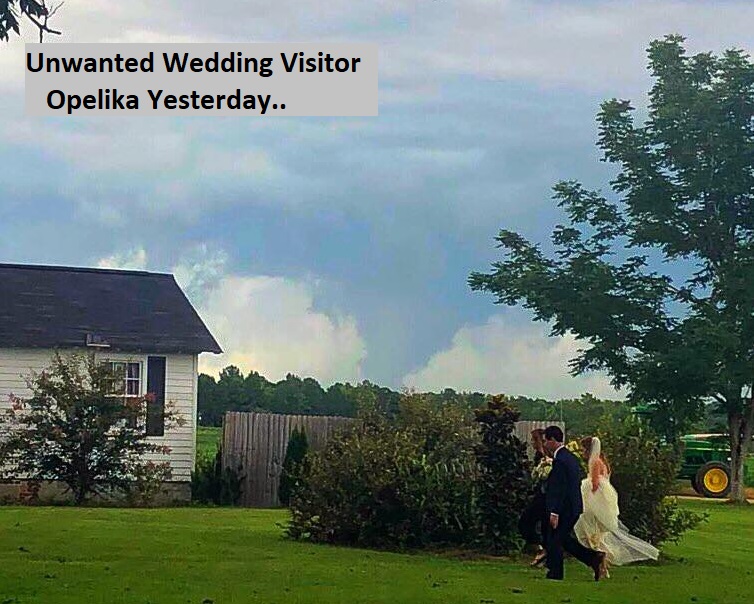 THE SET-UP:  To say it is an unusual July set-up is an understatement.  At the surface, a southward moving front is one of the players. It will sink south to the coast by tonight.  In the upper atmosphere, a strong upper low, unusually strong for July, dominates the eastern US.  This upper low is heading southward to Alabama this week, and will be a key player in a rather turbulent forecast.

SEVERE THREAT?:  The main severe weather threat today will be along and south of the US 80/I-85 corridor.  Marginal Risk.  Extreme south and SE Alabama, and the coastal areas are under a level two “slight” risk.    Damaging wind gusts are the main threat.  The tornado threat is low, but as we found out yesterday, low risk is not a zero. 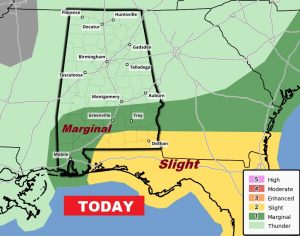 FUTURE RADAR:  Since most of the area is south of the front, random storms could pop up anywhere.  But, the most powerful ingredients will produce Big Boomers which could be severe across south Alabama and down on the coast. 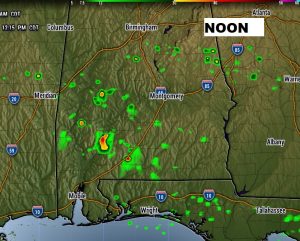 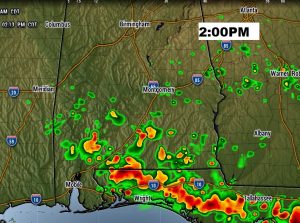 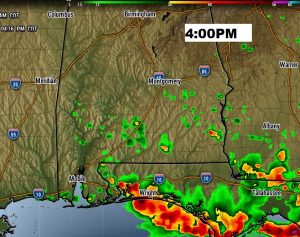 NEXT FEW DAYS:  As the big Upper Low over the Ohio valley sinks southward into Alabama, rain and thunderstorms will be likely Monday through Wednesday.  By Thursday and Friday as the upper low begins to weaken and lift NE, the rain chances will scale back just a bit. 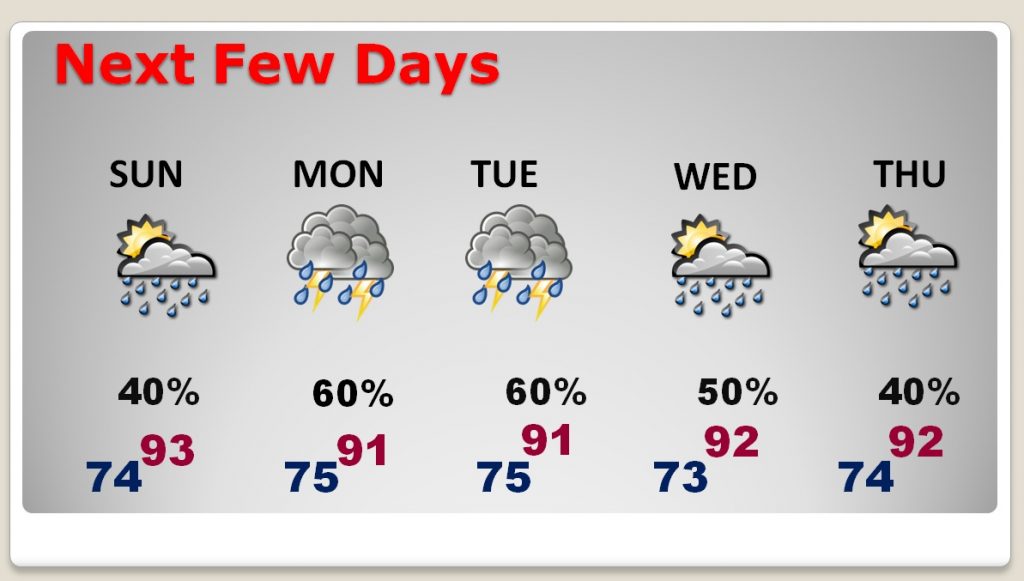 A FEW WORDS ABOUT THE BEACH:   Thinking about a quick Sunday getaway to the Beach?  Well, beside the severe weather threat, with powerful storms likely… There is a heat advisory for a heat index 102-107.  And, as if that’s not enough, there is a High Rip Current risk, as well.  Not a day for a beach trip.

Have a great Sunday!  I’ll have a complete video will be Monday morning by 4:45AM, as we dissect the week ahead.