As I type this two hours+ before Dawn, we are back in the mid 50’s, again.  Looks like another great Fall day ahead, as we fail to reach 80 for the second day in a row.  But, warmth begins to surge back in Sunday through Tuesday.  The eighties will be back.  At least few showers should start popping up Monday into Wednesday as a couple of fronts approach.

TODAY:  There are some big college games in our state today, including the early game in Auburn with Tennessee.  Bama host Missouri tonight, and Troy hosts South Alabama.  Looks like great weather for whatever you have planned.  With lots of sun, our high may not reach 80 again.  Upper 70’s for most.  Not as cool tonight, with a low of 59.  Humidity will be comfortable with dewpoints in the 50’s Light north wind.

NEXT FEW DAYS:  The 80’s return in a big way Sunday, Monday and Tuesday.  The “coolness” of the nights will wear off. Two fronts approach in the week ahead.  Small rain chances return Monday.  Scattered showers will be around mid week.  Temperatures will cool late week. 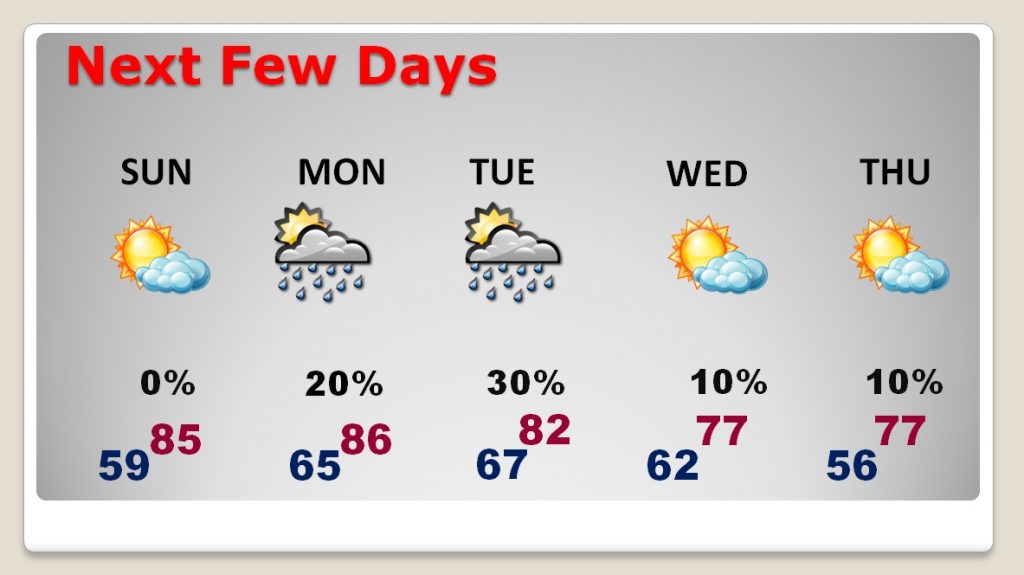 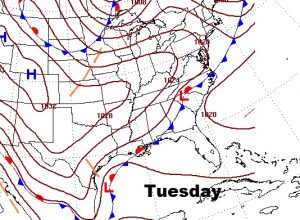 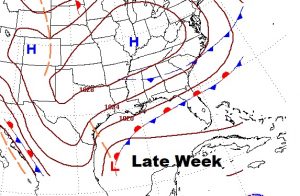 TROPICAL UPDATE:   What a difference a week makes.  Last Saturday, when I typed this blog update, we were looking at a cluster of thunderstorms off the coast of Honduras.  It had a number, Invest 91-L.    It didn’t take long before we had a Depression and then Tropical Storm, followed by Hurricane Michael.  It all happened in a 4 day span, and Michael went on to be on a list of perhaps the top 3 or 4 hurricanes in history.  Complete catastrophic devastation on the Florida Gulf Coast.  It happened quickly.

Now, here we are on another Saturday morning.  Post tropical storm Michael  is a huge north Atlantic storm.  In the rest of the tropics there are two named storms.   It seems like we have tracked Leslie for weeks.  It’s heading toward Portugal and Spain.  Nadine is dying as it moved west in the tropical Atlantic.

Closer to home, in the western Caribbean, there’s another westward moving tropical wave.  There are no signs that we need to worry about this system…at least not yet. 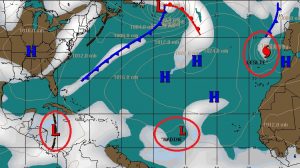 Meanwhile, the Michael death toll has risen to 17.  Last Saturday we had some idea that we might be dealing with a named system that could become a hurricane.  Who could have known the unbelievable ferocity that Michael would become.

The Orionid meteor shower will reach its maximum rate of activity on 21 October 2018. Some shooting stars associated with the shower are expected to be visible each night from 16 October to 30 October. Annual meteor showers arise when the Earth passes through streams of debris left behind by comets and asteroids.

Hope you have a nice weekend!  I’m headed back from Washington today.