Good morning!   It’s a rather chilly Saturday morning.  While the first half of the weekend will be cool, the second of the half of the weekend will be warmer.  In fact, we have a rather remarkable warming trend in the week ahead, through Halloween.  Then, all eyes are on an approaching strong front which will bring showers and storms to the state late Wednesday night into Thursday.  ‘Tis the season when we start to worry about severe weather, with a front like this.  It’s too early to say if this front will have  a tornado risk.  Sharply cooler air will follow the front.

Just before Dawn thick clouds cover the northern half of the state.  The clouds across the southern counties  are mainly high thinner cirrus clouds. 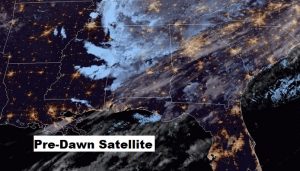 TODAY:   We’ll call today partly sunny, mixed in with a lot of clouds.  We should reach the mid 60’s by afternoon, with a cool west breeze at 6 to 12.   Tonight will be the chilliest night of the week.    Look for middle 40’s in central Alabama and upper 40’s across the southern counties. 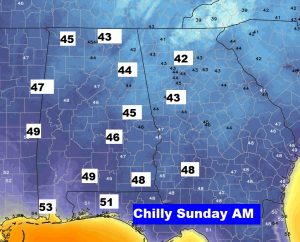 NEXT FEW DAYS:  Sunday is the start of a pronounced four day warming trend.  It’ll be well up in the 70’s on Sunday and Monday, and perhaps 80 or above on Tuesday and Halloween Wednesday.  Rain chances will increase by Wednesday evening and Wednesday night.  Rain and thunderstorms will spread across the area ahead on an important front. 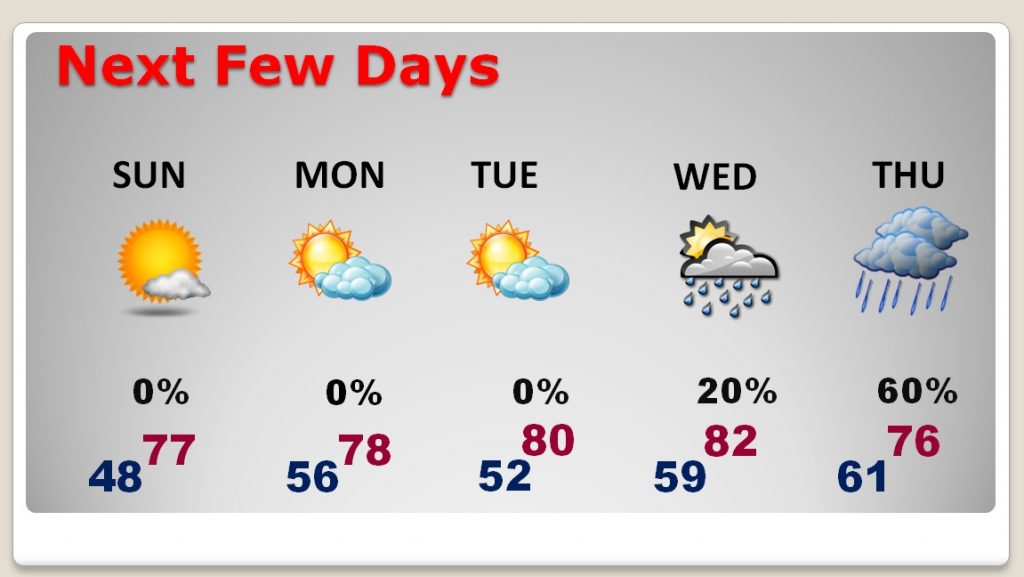 Much cooler air will funnel in behind the front, just in time for the first November weekend.

SIGNIFICANT LATE WEEK FRONT:   Timing of the front, may change.  Right now, it appear the front will cross the area late Wednesday night into early Thursday.  It’s just too early to say if we will see a severe weather or tornado risk with this system.  We’ll know more as we get closer.  This is the time when we start our Fall tornado season.  We’ll be watching.  Much cooler air will funnel into the state behind the front. 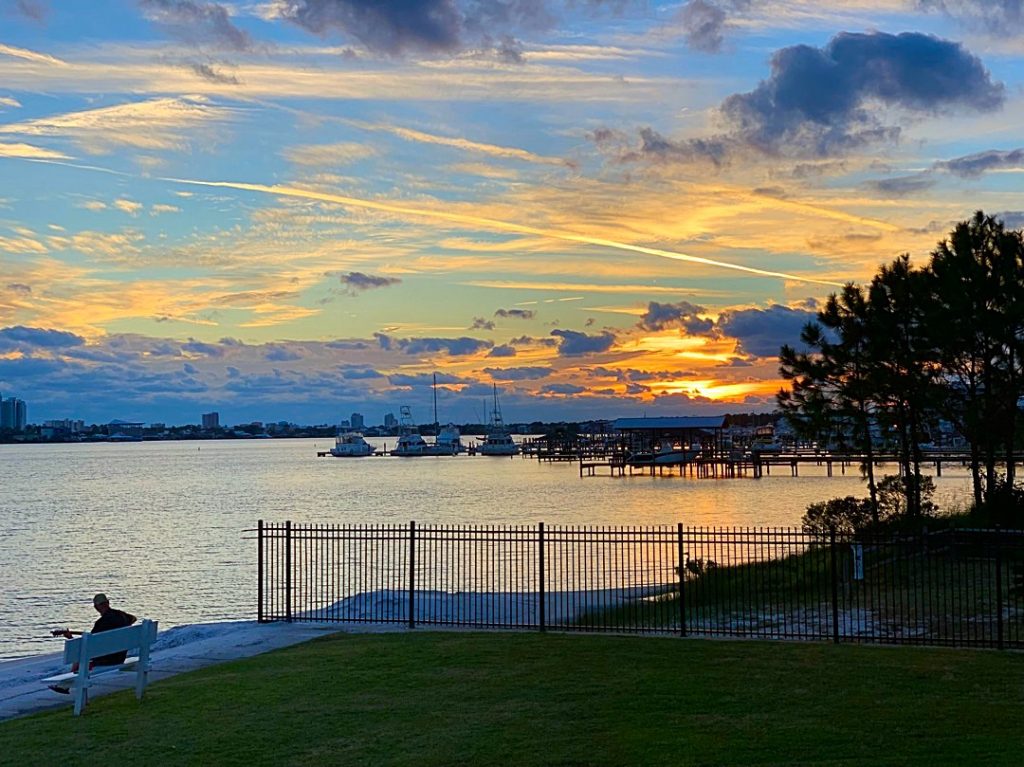 Hope you have a nice weekend!  I’ll have another Blog update first thing Sunday morning.  The next complete video will be online  Monday morning.