..A very EARLY edition of your Tuesday video, as we prepare for a southward moving line of storms, approaching central Alabama this morning and southeast Alabama later.  The line may be weakening later, but the Storm Prediction Center still has all of us in a Marginal Severe Risk.  I’ll show you the updated timeline with Future Radar.  Plus, I’ll walk you through the rest of the week which looks very active. I’ll update you about the much cooler weekend ahead, but wait till you see what is on the menu for next week.

The Storm Prediction Center has central and southeast Alabama in a Marginal Severe weather risk today.  This outlook begins at 6AM.  Damaging wind gusts are the main threat.  The tornado threat is low but not zero. 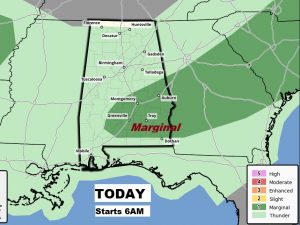 A series of low pressure waves will keep us wt at times Wednesday through Friday. 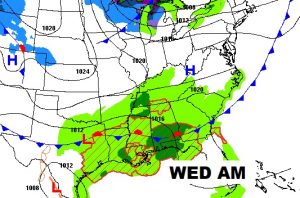 Wet at times through Friday,  until a cold front moves through which delivers much cooler air for the weekend. 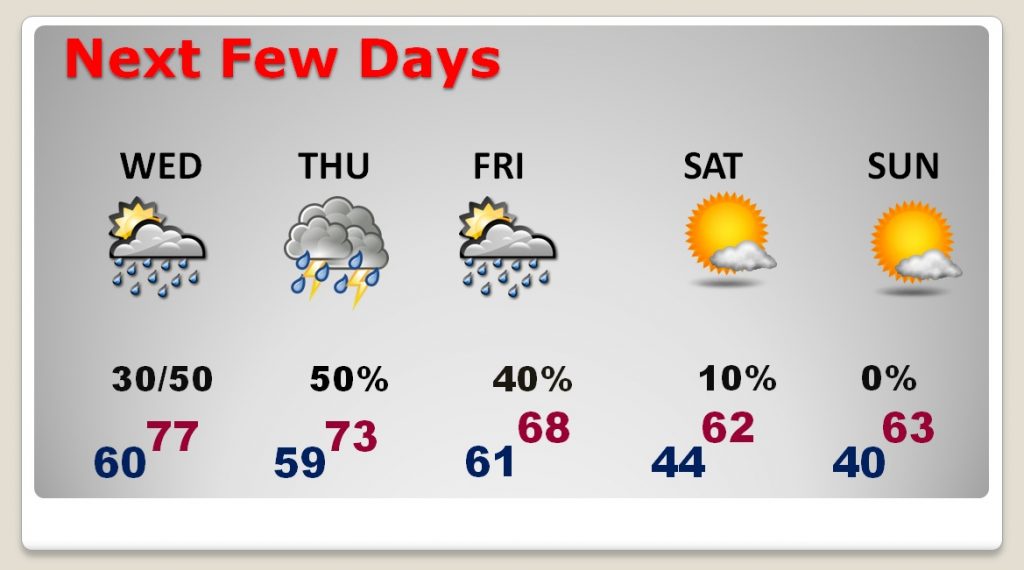 Get ready for thew first Arctic Plunge of the year arriving by the middle of next week. 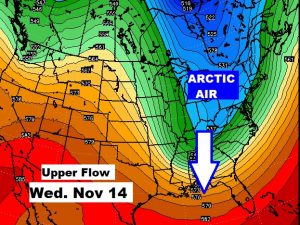 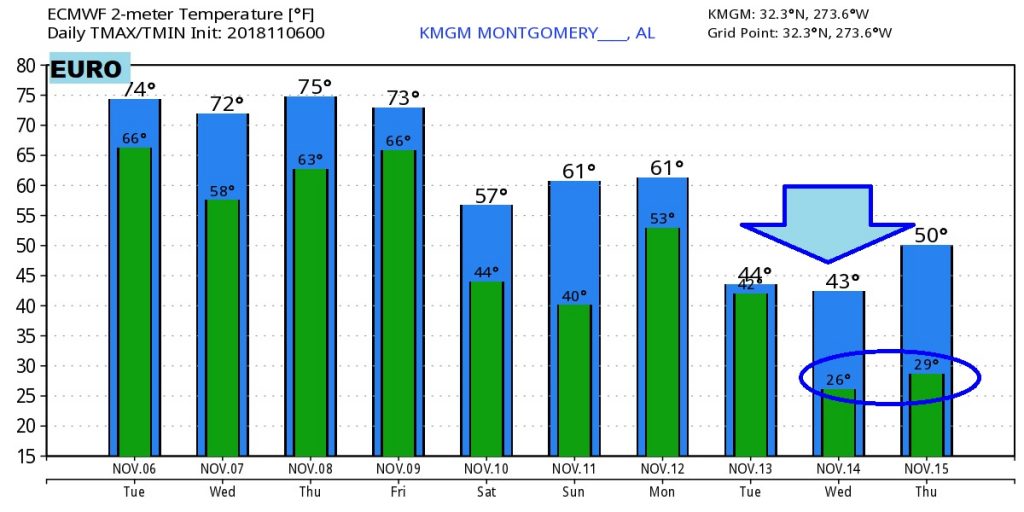