Good Morning! If you are up early, dense fog is a problem in spots.  But, after the fog, today should be a spectacular day! There are a few new wrinkles in the forecast for the week ahead, including a small chance of Monday night showers, and a late week storm system, which could have a big impact on the Iron Bowl Weekend forecast.  The timing of that storm system is critical.  Details below.

TODAY:  After the fog early, it should be a great day.  Sunshine will dominate with a high in the upper 60s.  (Yesterday’s high was 68, Normal high 69)  Wind will not be a factor.  Low tonight 44.  Dense fog could be a problem again late tonight.

NEXT FEW DAYS (through Thursday):   Most of Monday should be great. An approaching cool front will bring a small chance of showers, as the front sweeps through the state Monday night. Tuesday and Wednesday will be cooler, behind the front,  but very nice,  The Thanksgiving forecast is unchanged.  A storm system in the Gulf will pass harmlessly by us, to the south.  Morning low 43, afternoon high 63.  A storm system is on the way for Friday night.  More on that below. 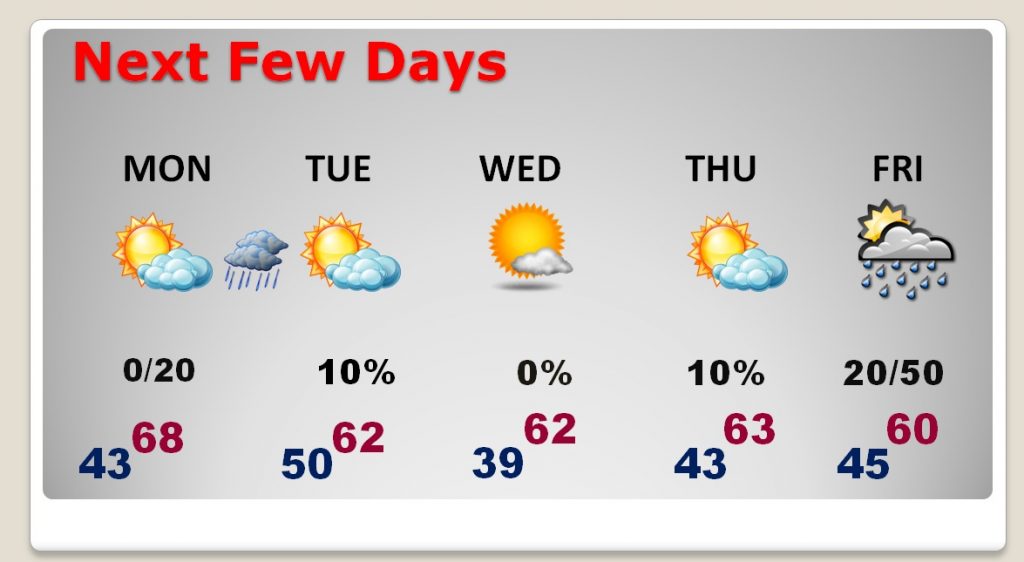 LATE WEEK – STORM SYSTEM FRIDAY NIGHT/SATURDAY:  A rather significant storm system will affect the state Friday night into Saturday.  The timing of this front is critical, as it relates to the Iron Bowl in Tuscaloosa Saturday at 2:30PM.   If you take the current model timing literally, it looks like the front will move out of the way by game time.  But, we are 6 days away from the game and model timing could definitely change.  So, I’m not going to zero in on a specific game forecast details yet.  Here’s the Euro model snapshots showing the rain and the frontal position  Friday night and Saturday.

Now, here’s the extended forecast for the Thanksgiving weekend, as it stands now, showing the best chance of rain, for now, on Friday night through early afternoon Saturday.  The timing, of course could change on Future forecasts 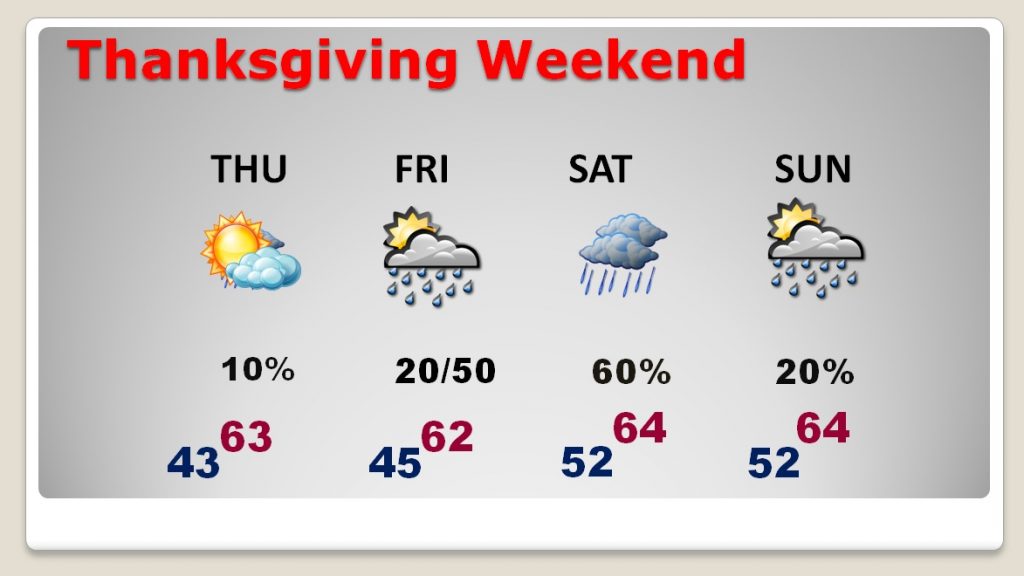