Good Morning!  Happy Thanksgiving.  In our part of the country the news is very good.  We have a great Holiday forecast.  We are tracking a Friday Night storm system, which should move through overnight and get out of the way for the Iron Bowl weekend.   Look for some warmer days Saturday and Sunday, before colder air arrives at the beginning of next week.

TODAY:  Mostly cloudy this morning, giving way to lots of sunshine later.  After a chilly start in the 30’s, the afternoon high will reach 61.  Low tonight near 40.  East wind at 5 to 10 mph. 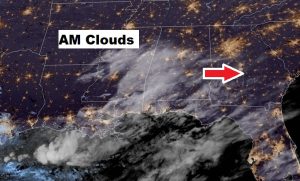 FRIDAY & FRIDAY NIGHT STORM SYSTEM:  Much of Black Friday will be dry.  It will be mostly cloudy and cool with a high in the mid 50’s  There could be a late day shower. Rain will overspread the area overnight Friday and into Saturday morning as a frontal system crosses the area.  Fortunately, on Saturday, the rain threat will mostly be early in the morning. 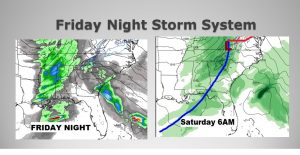 IRON BOWL FORECAST:  Could be cloudy for much of the morning, for the tailgaters.  Morning rain chance at 20%.  But, partly sunny skies will warm things up into the 60’s.  Kickoff temperature around 66.  A great Iron Bowl Forecast. 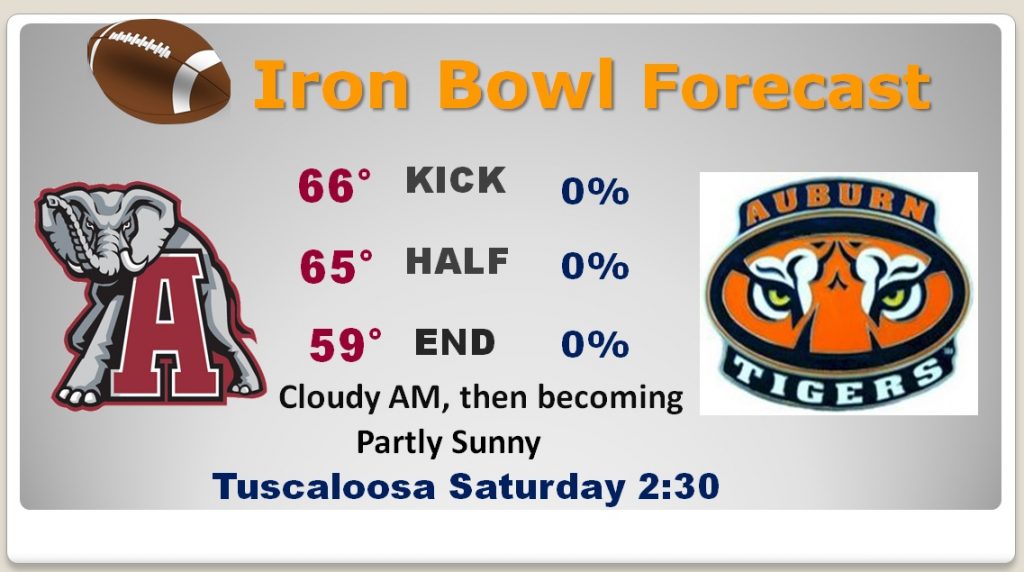 NEXT FEW DAYS:  A mild weekend forecast.  High well up into the 60’s Saturday and into the low 70’s Sunday.  Another front brings in showers Sunday night, before it turns sharply colder early next week. 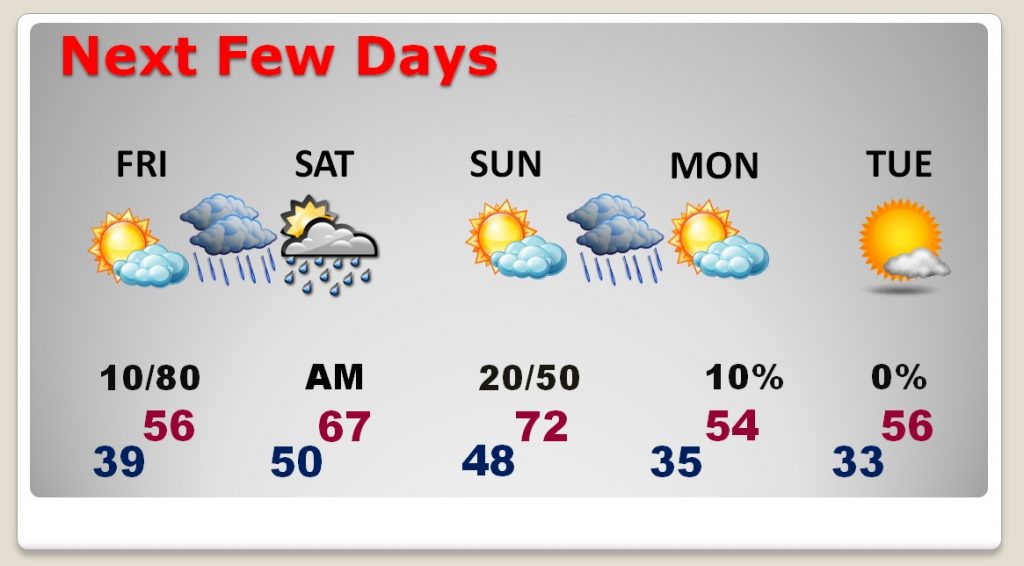 ELSEWHERE TODAY:  Bitterly cold air engulfs the Northeast, where many areas could see their coldest Thanksgiving in over 100 years.  In New York City, where wind chills are in the single digits, the big question is whether the winds will be too strong to fly the big balloons in the Macy’s Thanksgiving parade.  As I type this at 5:55AM, officials say there’s a decent chance the balloons will fly.  Meanwhile a big storm is lashing the US West coast, with snow in the inter-mountain west.

Have a Happy Thanksgiving.  I’ll have blog updates later in the weekend.