This is a big day in the River Region.  There is a lot riding on the forecast, including such events as Christmas on the Coosa, and the Camellia Bowl, and more.  The forecast includes a small shower risk, but on the whole, it’s not a bad forecast, today or tomorrow.

During the week ahead look for above normal temperatures, which could stick around into the following week.  Harsh winter weather is on hold for now, probably through Christmas and beyond.

Today’s Map shows the main surface storm system moving away, but an trailing upper level low will be the culprit for the small shower threat. 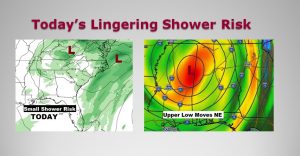 TODAY:   It will be mostly cloudy. Sweaters and sweatshirts will feel good.  Highs in the middle 50’s  Spotty showers are possible.  They will widely scattered today and into the evening hours.  Winds: SW at 6 to 12 mph.  Tonight’s Low 45.

A couple of Future Radar snapshots at 2 & 6PM will give you a general idea on the coverage of the showers. 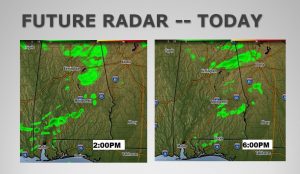 NEXT FEW DAYS:   Sunday will be a little cooler then expected.  Chilly again..high in the mid 50’s.  But, Monday and Tuesday especially look rather remarkable, with a good bit of sun and highs in the lower 60’s.  Rain arrives Wednesday night into Thursday, as the next storm system brushes by area. 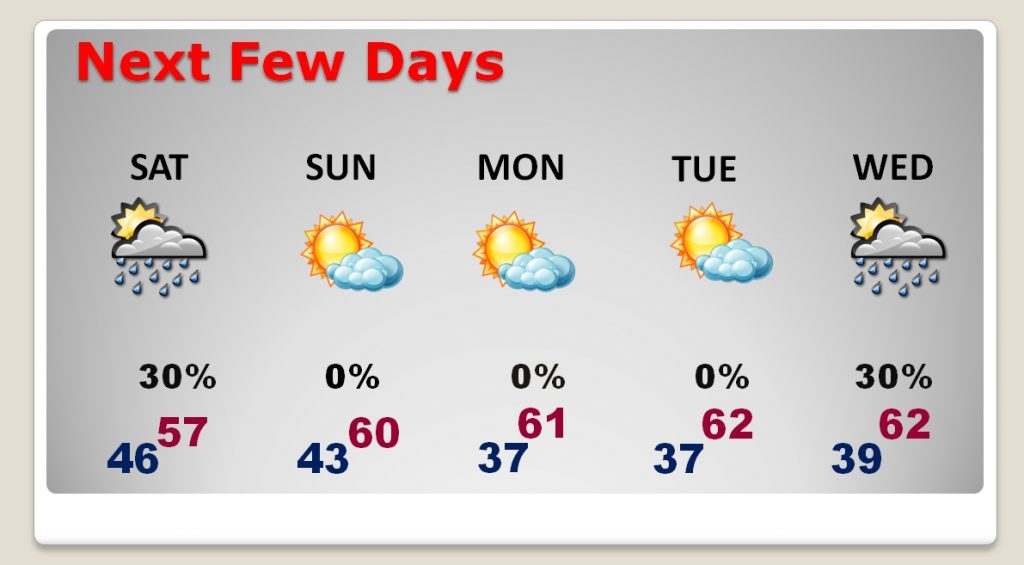 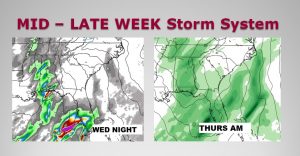 WINTER TAKES A BREAK:  Above normal temperatures for most nation next week, could even spill into Christmas week. The Map from the Euro shows above normal temps for most of the nation on Christmas morning. Raw temp guidance confirms, no harsh winter weather in the next 15 days. 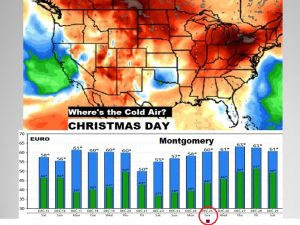 Remember last Saturday?  It was simply awful. Today will be a much Saturday.  Whatever you have planned today, I hope you have a great day!

There will be another blog update for you early Sunday morning, with an update on the week ahead.  I will have your next complete video update Monday morning online by 4:45AM as we started looking toward the details of Christmas week.