We had a beautiful Saturday, with sunshine and 58°. Today will be warmer, with increasing clouds, as a weak front approaches, and only a small rain chance.  The Christmas Eve and Christmas Day forecast continues to shape up very nicely.  But, we do have our eyes on a large and significant storm system which will dominate late Christmas week with drenching rains.  This will be the start of a very active period with frequent storm systems.

Future Radar gives you sense of how widely separated the showers will be today. 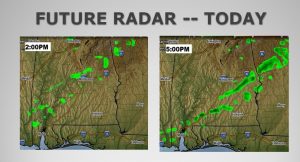 NEXT FEW DAYS:  We have a great holiday forecast.  Monday will be very much like Saturday.  Sunshine.  High in the upper 50’s.  No snow, Santa, but on Christmas Eve we will dip into the middle 30’s.  The Christmas Day forecast continues to look great –  Partly cloudy.  High near 63°.  Big changes ahead after Christmas.   A major storm system will affect the area Wednesday night, through Thursday into part of Friday.  Lots of rain, potentially heavy. 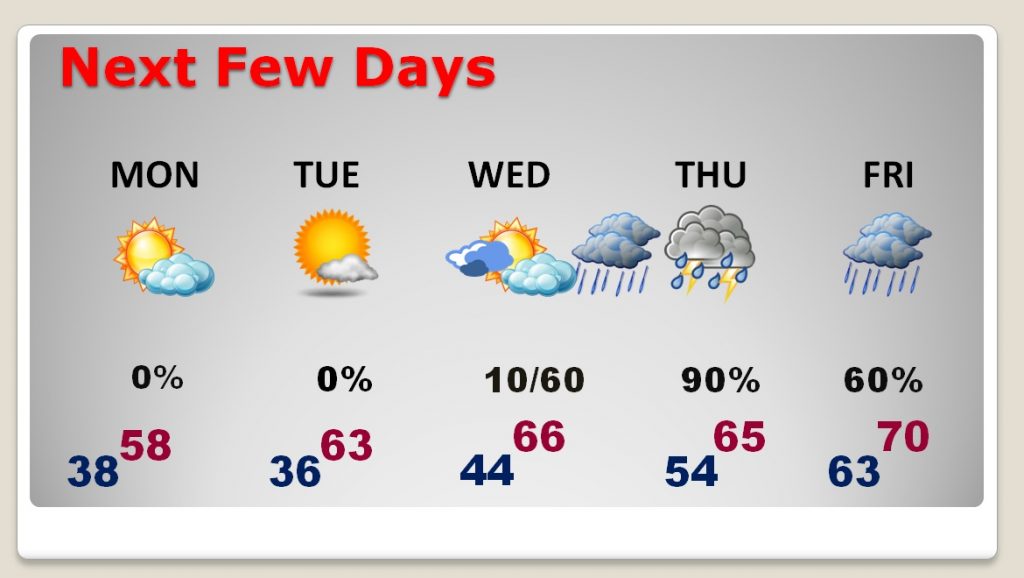 No snow, BUT, a very nice Christmas forecast. 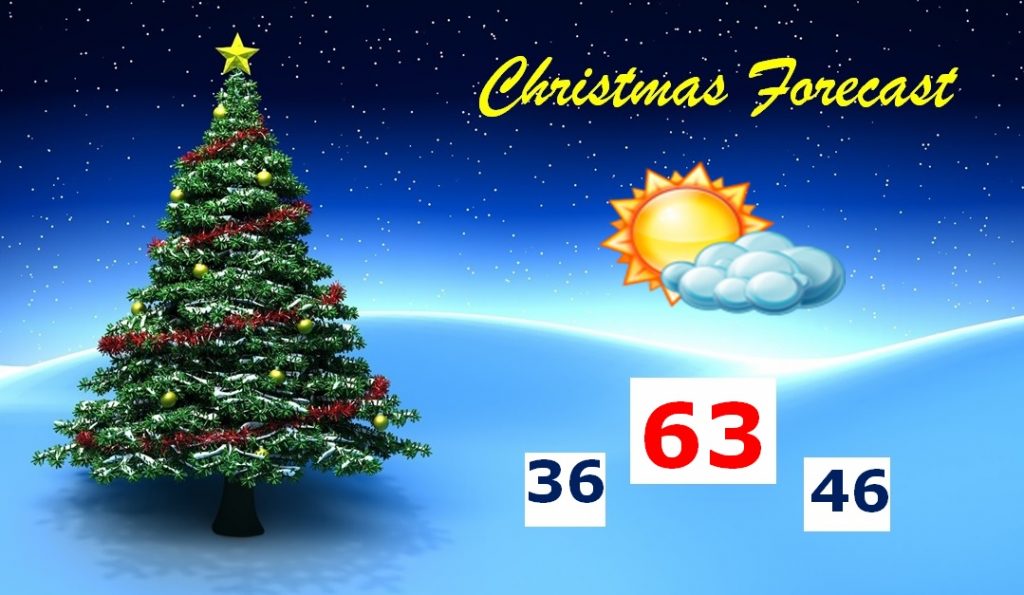 POST-CHRISTMAS STORM:  A major Post Christmas storm system will affect a huge part of country from Canada to the Gulf coast, causing more travel nightmares for folks returning  home.  For Alabama, no snow and ice, but a lot of rain.  Some models suggest 2-3”+ is not out of the question.  But, severe weather is not expected.  It looks like this storm will be the first on a fast series of storms which will affect the area in the next two weeks, including New Years weekend and New Years week. 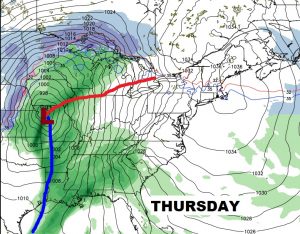 FULL MOON AND MORE:  Did you see that spectacular Full “cold” Moon last night?  It will be visible again later tonight, after the clouds decrease. There will be yet another very bright Space Station Flyover early morning, just after 6AM, if you’re up early.  There’s another very bright flyover Christmas morning, straight overhead, 5:12 to 5:15AM 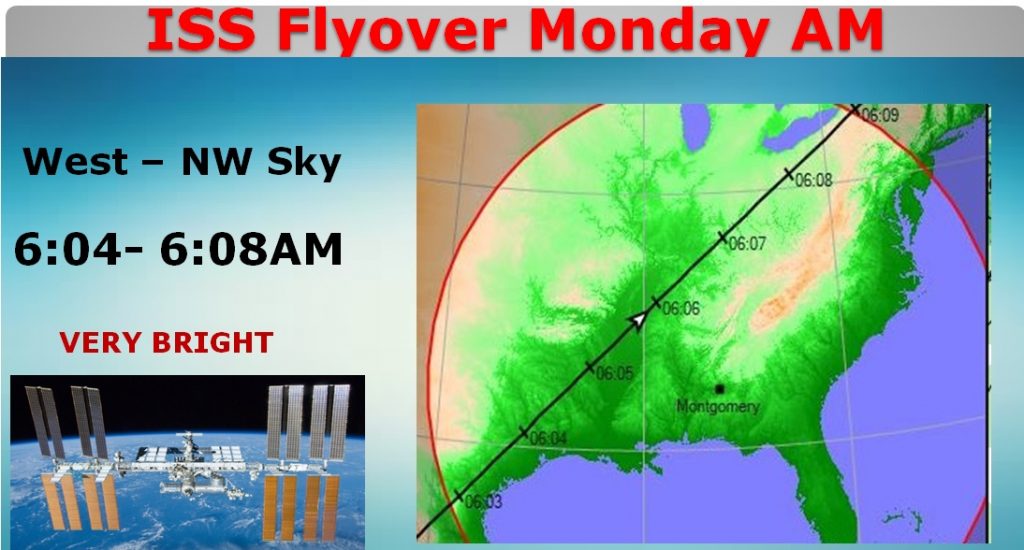 I will produce a brief video update Christmas Eve  morning, with an update on the Christmas Forecast, and more details on that big Post Christmas storm system which will impact holiday travel.