Sharing a little new information on the potential rainfall  through Friday night.  Some spots in west and SW Alabama could see 4-6″.  Elsewhere in central Alabama, 3-5″ are possible.  Plus, there will be more over the weekend and early next week.  Total rainfall through the next 6 days will be excessive. 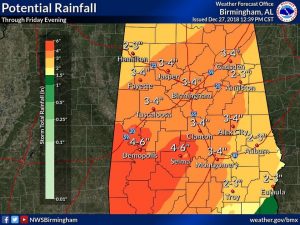 And, this is new.  The Storm Prediction Center has added a Marginal Severe Risk for much of central and South Alabama for Friday.  Damaging winds are possible in a few of the stronger storms.  A tornado or two can’t be ruled out. 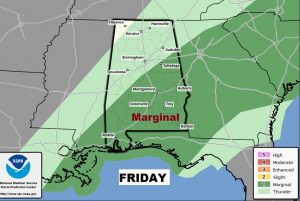 HERE’S THE REST OF THE EARLY MORNING UPDATE:

Good Morning!  Get ready. There are not too many bright spots in the forecast.  Rain will be rather relentless for the next several days, as a parade of storm systems line up through the end of the year and into the New Year.  On this video, I’ll bring you up to date on the risks we’re facing, including the Flash Flooding threat. I’ll show you how much rain could fall.  Will there be any breaks between the storms?  We’ll look well into the first week of the New Year and beyond.

Rain and a few storms will be widespread today and tonight.  Attention travelers, this storm will have wide ranging implications, including a blizzard in parts of the Midwest and north central States. 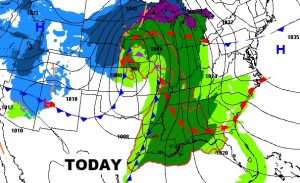 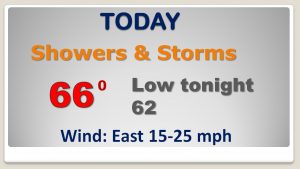 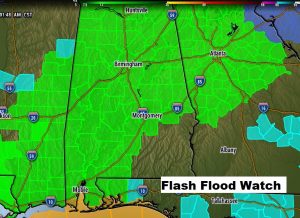 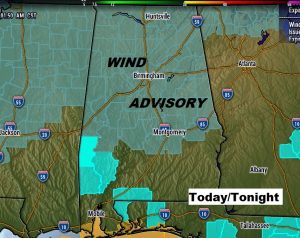 SPC has outlined a severe weather risk which includes Alabama’s western and SW counties.  The stronger severe threat today continues over parts of Mississippi and Louisiana. 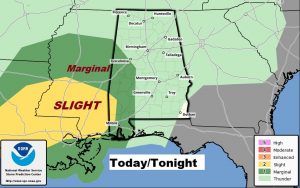 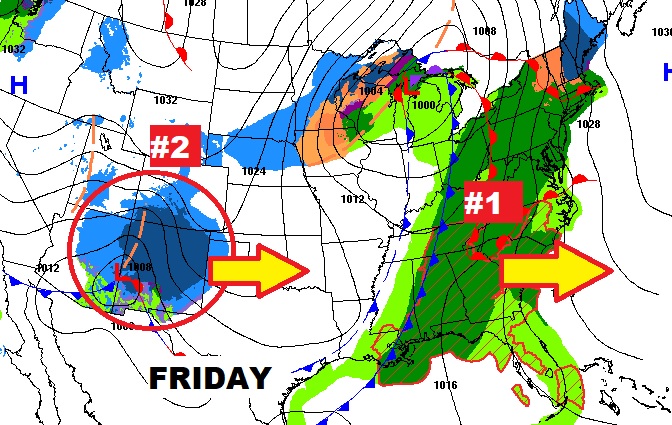 Rain is a good bet for at least the next SIX days, through the end of the year and into the New Year. 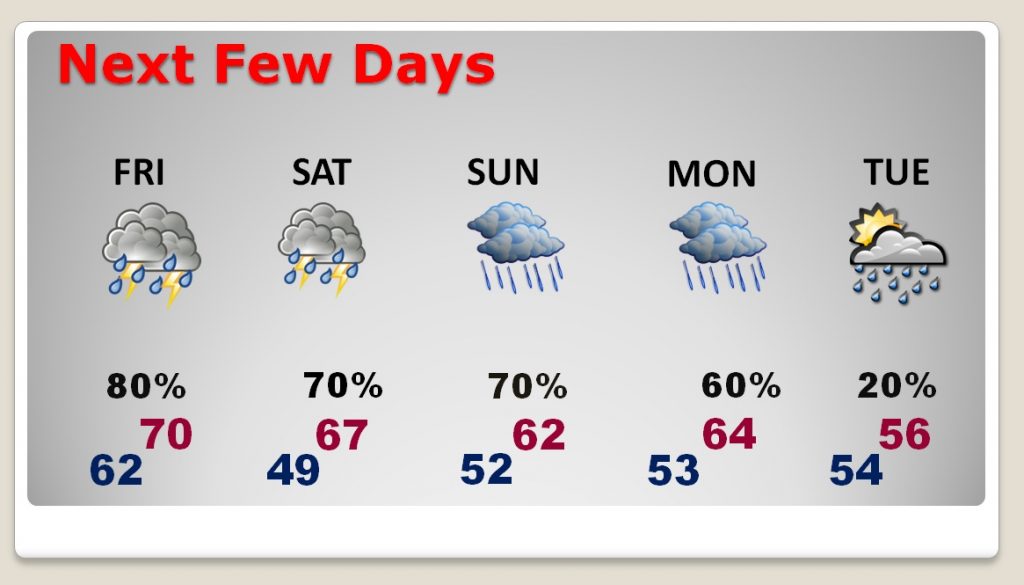 Rainfall amounts could be excessive with Flash Flooding possible.  The seven day totals on this map are on the conservative side. 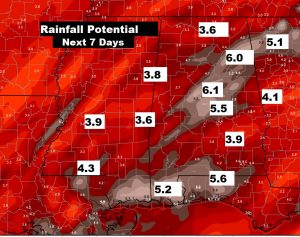