indicate that maximum sustained winds have increased to near 40 mph

during the next day or two, and Barry could become a hurricane late

At 1000 AM CDT the center of Tropical Storm Barry waslocated near latitude 27.8 North, longitude 88.7 West. Barry is moving toward the west near 5 mph  and this motion isexpected to continue today.  A turn toward the west-northwest isexpected tonight, followed by a turn toward the northwest onFriday.  On the forecast track the center of Barry will be near thecentral or southeastern coast of Louisiana Friday night or Saturday. A Tropical Storm Warning is now in effect for the Louisiana coastfrom the Mouth of the Pearl River to Morgan City. A Hurricane Watch is in effect for…* Mouth of the Mississippi River to Cameron A Tropical Storm Watch is in effect for…* East of the Mouth of the Pearl River to the Mississippi/Alabamaborder* Lake Pontchartrain and Lake Maurepas including metropolitan NewOrleans 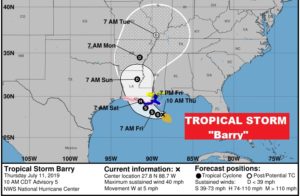 As the Gulf tropical system continues to develop, well south of Alabama this morning, it will acquire the name Barry later today as a tropical storm and it’ll become a Hurricane Friday as it gets closer to the Louisiana.  What will this mean for Alabama’s weather, as Barry interacts with an approaching front? This could be a bigger deal for Alabama than we first thought, depending on the track.  I have updated our rain chances and I have new track information for the storm.

Future Barry will become a depression or tropical storm today and a Cat 1 Hurricane by late Friday before reaching the Louisiana coast Saturday. 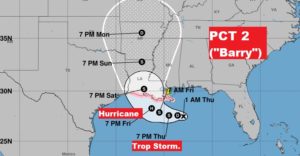 Some areas will see prolific rainfall amounts, perhaps over 20″.  BUT, how much rain here in Alabama.  There are BIG differences between the EURO model solution and the GFS rain amounts.  The truth most likely lies in between. 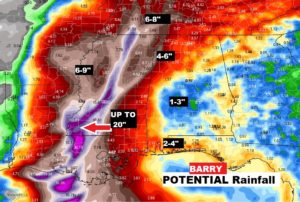 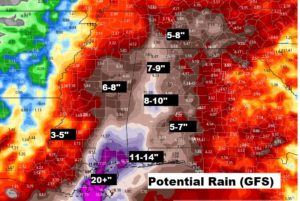 The official NHC Rainfall potential map is closer to the EURO solution. 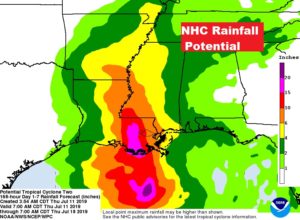 With landfalling tropical systems comes the threat of tornadoes.  Tornado threat Friday along the Alabama coast.  And, that threat will expand to include much of west and SW Alabama on Saturday. 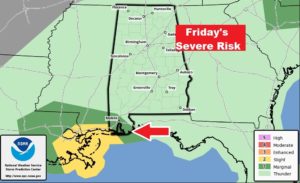 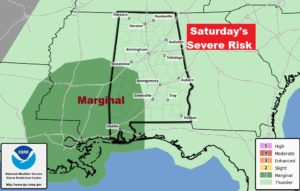 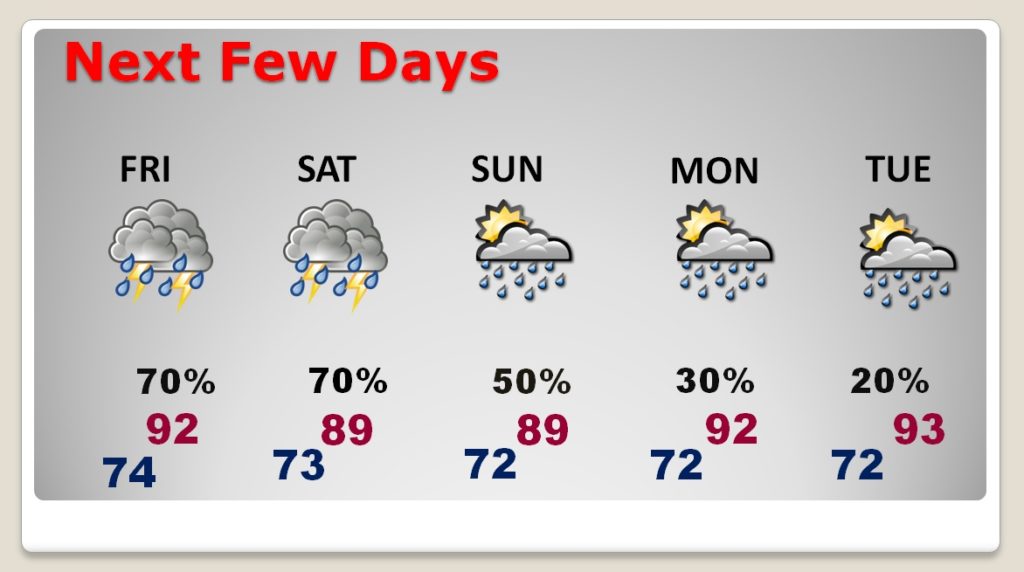