Good Morning!   This is the day.  A rare summer cool front will  move southward through the state today, reaching the coast late tonight.  Showers and storms will proceed the front, but some NICE air will follow the front, with lower humidity, comfortable days and cooler nights.  But, it won’t last long.  On this video I’ll fill in the details.  I’ll show you future radar, plus we’ll look ahead toward the weekend.  How long will the nice air be around?  When will humidity & storms return?

That RARE summer front will progress southward through the state, making it south of Montgomery by 7PM and down to the coast by morning.  Showers and storms will precede the front, with NICE air behind the front.  Lower humidity.  Cooler temperatures. 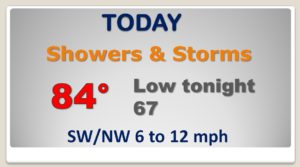 The NICE air will be around Wednesday and Thursday.  Even early Friday will feel nice.  Later, though, humidity will start to migrate back.  By the weekend, it’s back to regular summertime business as usual – heat, humidity, scattered storms. 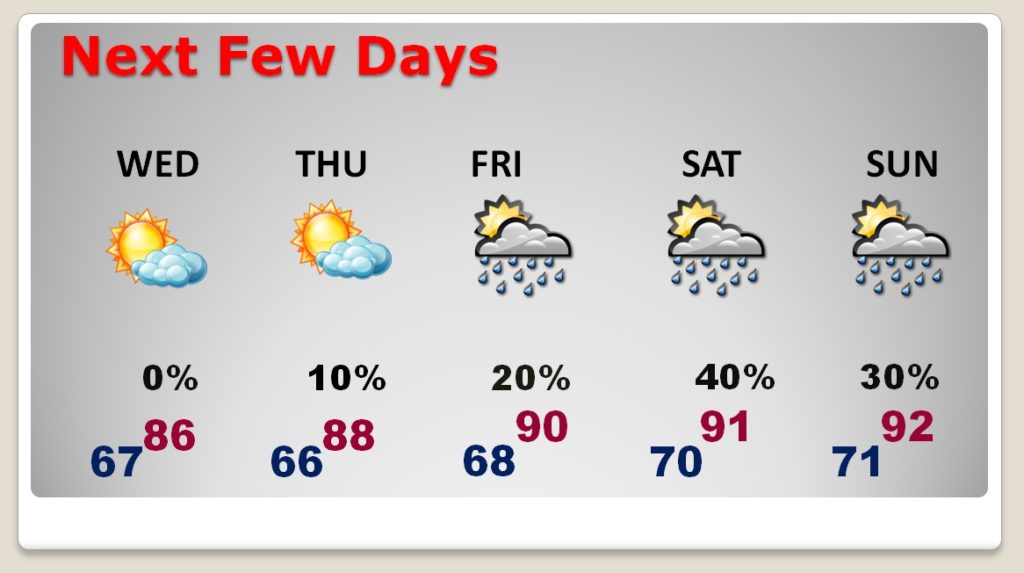 Off the Florida coast, Tropical Depression Three, with winds of 35 mph, is moving north.  It’s likely to have a rather short life as it is absorbed by a cold front on Wednesday. 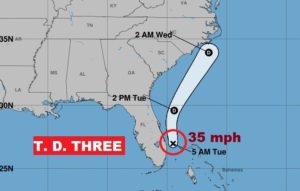 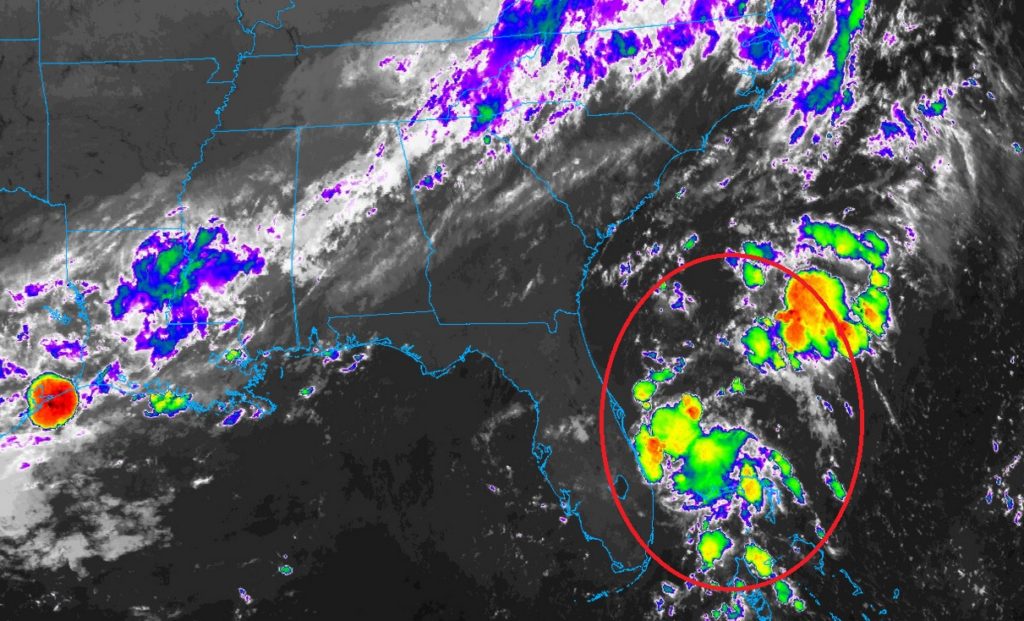