A Heat Advisory continues in effect through the weekend.  And, we continue to see ominous signs of even hotter days by early next week.  It’s possible that a rare Excessive Heat Warning may be required by early in the week.  Monday and Tuesday could be the hottest days.  The heat index could exceed 110.  Meanwhile, scattered, random storms will bring temporary heat relief to some lucky towns.  The best rain chances in the week ahead will arrive Wednesday and Thursday with an approaching front.

Here’s the set-up.  A huge upper level Heat Bubble will affect a multi state area.  Heat Advisories cover a lot of real estate from Texas, across the Gulf states into central Florida. 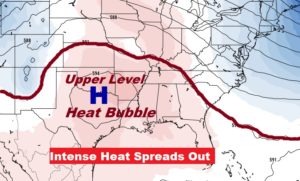 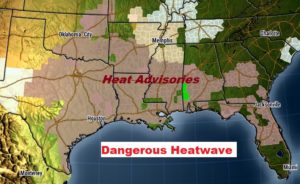 TODAY:    The heat level won’t be quite as awful as yesterday. (On Friday Montgomery had 98° with a Heat Index of 108)   Still though, highs in the mid 90’s and high humidity will take the Heat Index close to the 105 Danger Level.  Thunderstorms will most numerous west of I-65 and along and south of US 80/I-85.  The eastern counties may not see as many storms.  The storms will fade out tonight. Low tonight 76.

THE HOTTEST DAYS?:  It appears the most intense heat levels of the summer will affect Alabama by Monday and Tuesday.  The Heat Index could exceed 110.  A rare Excessive Heat Warning may be required.  In fact a Watch could be issued by Sunday. 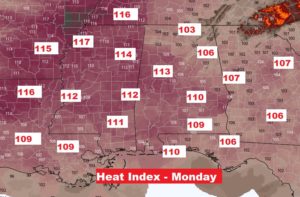 NEXT FEW DAYS:  Actual highs will be in the mid 90’s over the weekend, and upper 90’s early in the week.  Showers & storms will be very spotty in nature through Tuesday, but the rain chances will increase quite a bit by Wednesday & Thursday. 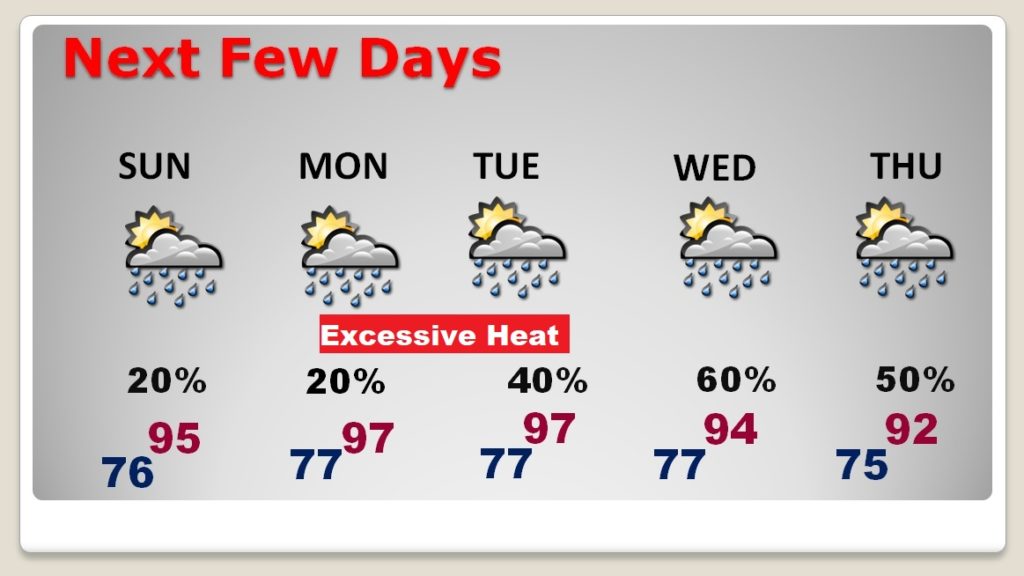 BEACH FORECAST:   There will be a generous supply of storms roaming around next few days, which could interrupt your plans.  The biggest story will be the Heat Index which could as high as 108 this weekend, and in excess of 110 early next week. 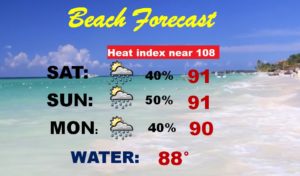 TROPICS:  There are at least three tropical waves between Cuba and Africa, but there are still no signs of an uptick in the tropics over the next 5 days at least. 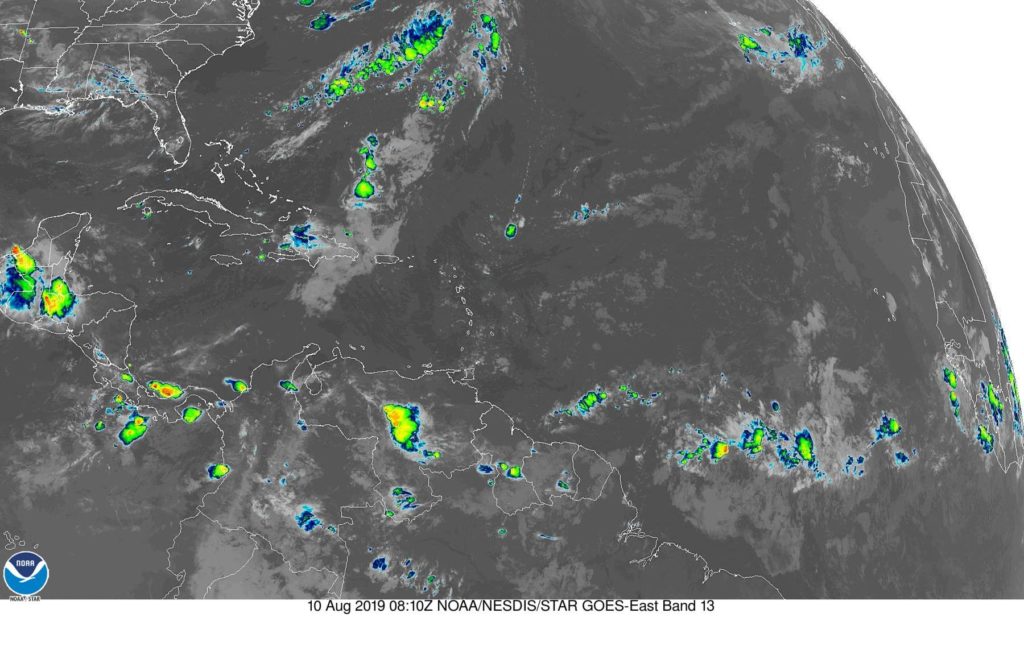 CONGRATULATIONS ERIC!  My good friend Eric Snitil will be leaving Montgomery.  He has accepted a Chief Meteorologist job at WROC in Rochester, New York.  I am so thrilled for Eric and Katie, and their dog Bolt!   Eric is not only a talented meteorologist, he is a warm, funny, comfortable communicator.  It’s a rare commodity.   Eric and I are both from the Cleveland, Ohio area.  We grew up near Lake Erie, with it’s Lake Effect snow.  The Snitil’s are moving to one of the Lake Effect snow capitals of the world.   It’s not Buffalo, but Rochester sees 100+ inches of snow a year.  Their Siberian husky Bolt, will love that climate!    I wish Eric and Katie (and Bolt) nothing but the best.  What a journey for Eric from Cleveland to Anchorage, to 8 years in Montgomery, Alabama, to Rochester! 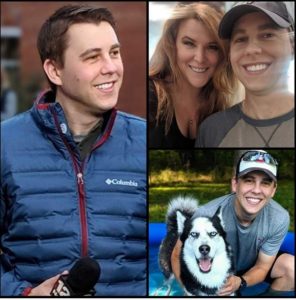 I will have another Blog update tomorrow morning.  Have a nice weekend.   Stay out of the heat as much as you can.