There has been a nice development on this Sunday.   A “backdoor” cool front has moved in from Georgia, which has brought us some  temperature relief, with a nice easterly breeze.  That will keep our high temperatures down.  Skies will be mostly cloudy.  The best rain chances today will be west of the front, west of I-65, with rain chances a little lower in the eastern counties. 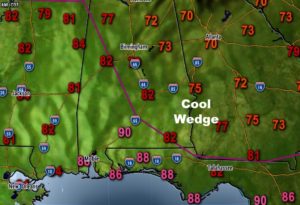 Future radar shows a significant increase in the showers and storms especially by evening, especially along and west of I-65. 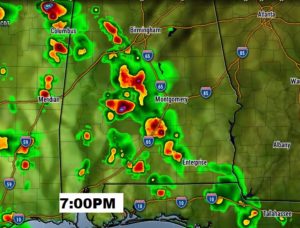 All the signs continue to signal better than normal rain chances through the early part of the week.  That stalled front over the state will be one of the players interacting with deep tropical moisture.   Your odds of encountering a shower or storm are quite good at least through Tuesday.

Meanwhile, how would you like a break from the high humidity?   A couple of cooler nights?   Keep reading.  An approaching front could bring some nice relief by mid to late week.

NEXT FEW DAYS:  Showers and storms will be in generous supply Monday and Tuesday.  A frontal system will deliver less humid air my mid-week.  Because of uncertainties on the timing of the front, I’ll hang on to a small rain chance on Wednesday.  Much nicer air will be in place by Wednesday PM through late week.  That spells lower humidity and more comfortable nights.  It will be a nice change. 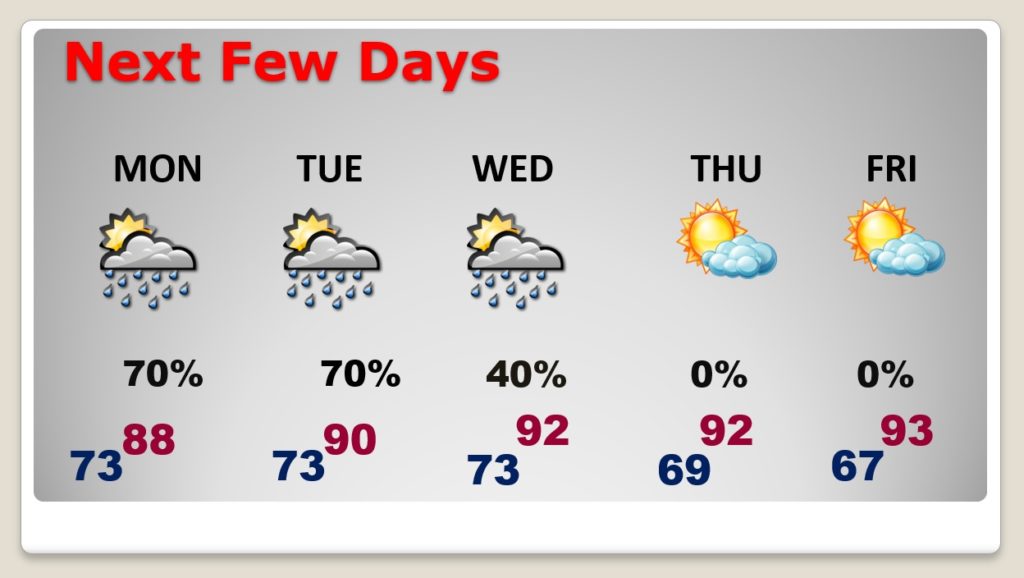 THE TROPICS:  Tropical Storm Dorian is still a minimal tropical storm in the tropical Atlantic.  Dorian’s future health is somewhat in question.  The official forecast still makes this system a Hurricane over the Caribbean.  However, a hostile environment, farther west, could weaken the system in the central Caribbean, south of the Greater Antilles. 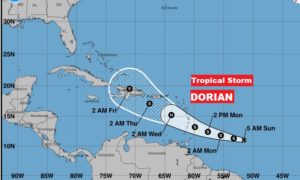 Dorian’s long-term future, if it survives, will need to be monitored.  It could be track into the Gulf next week.  IF it survives. 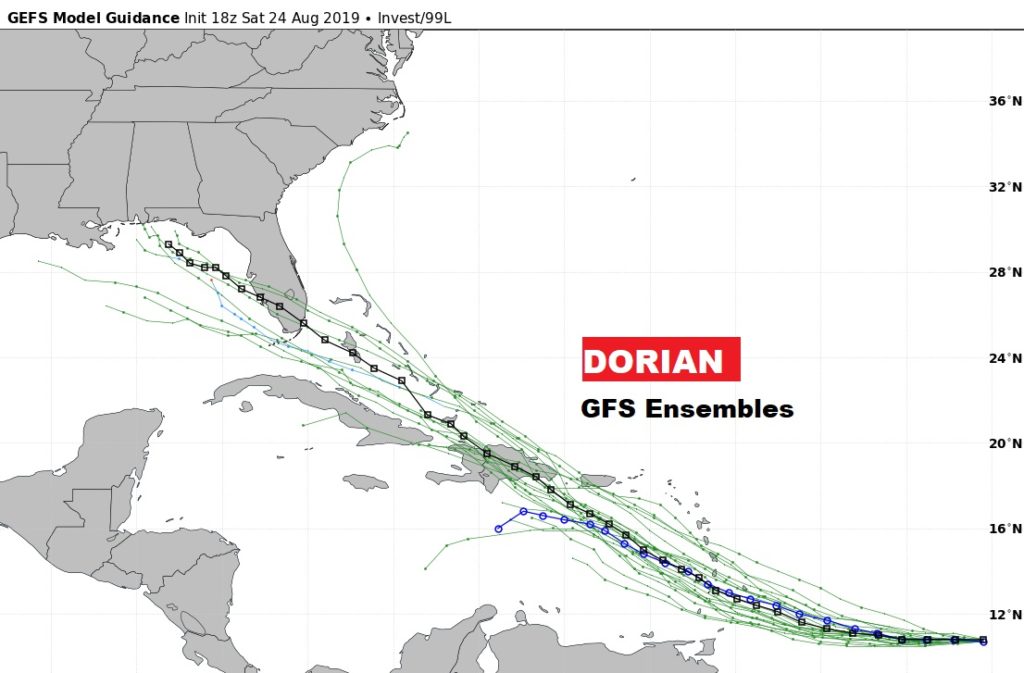 Meanwhile, Invest 98-L remains rather disorganized off the Florida coast.  There is still a good chance this system could become a Depression in the next 48 hours.  The system should stay off the Southeast US coast in the Atlantic.  An Air Force RECON is scheduled to investigate the system today, if necessary. 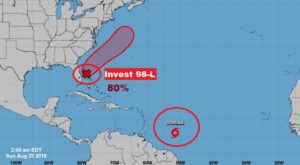 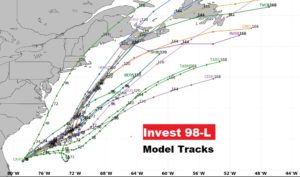 I will have a Video for you bright and early tomorrow morning, posted by 4:45 AM.    Have a nice Sunday!

I’ll see you in the morning.   Have a good day.