We have much to talk about.  Today, Alabama is in a squeeze play between two fronts.  Locally heavy rainfall amounts are possible across central and south Alabama.  One to three inches will be common.  A few spots could see more.  A couple of storms could reach severe limits.  Then, get ready for a cool change.  A strong cold front sweeps across the state Wednesday,  ending the rain and ushering in some Jacket Weather Nights.  And, that’s not all.  We’ll be watching the Gulf of Mexico by late this week.  I’ll break down all the details on your Tuesday morning weather briefing.

Squeeze play between two fronts:  A Swath of heavy rain sets up across central and south Alabama today. 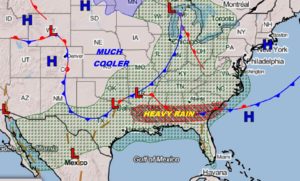 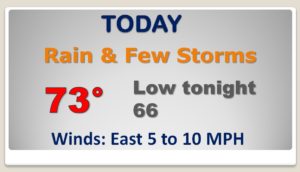 Rainfall amounts could be excessive in spots.  Most places will see 1 to 3″, but a few places could see more than that. 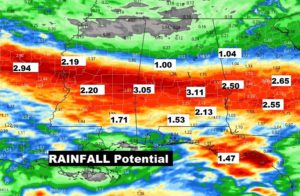 The Storm Prediction Center says some storms could reach severe limits with damaging wind gusts to 60+ mph possible in a couple of the storms. 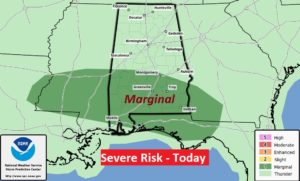 The Cold front shuts off the rain tomorrow morning.  Much cooler air follows.  Jacket Weather Nights and mornings for a couple of days.  Then showers return this weekend as we watch the Gulf. 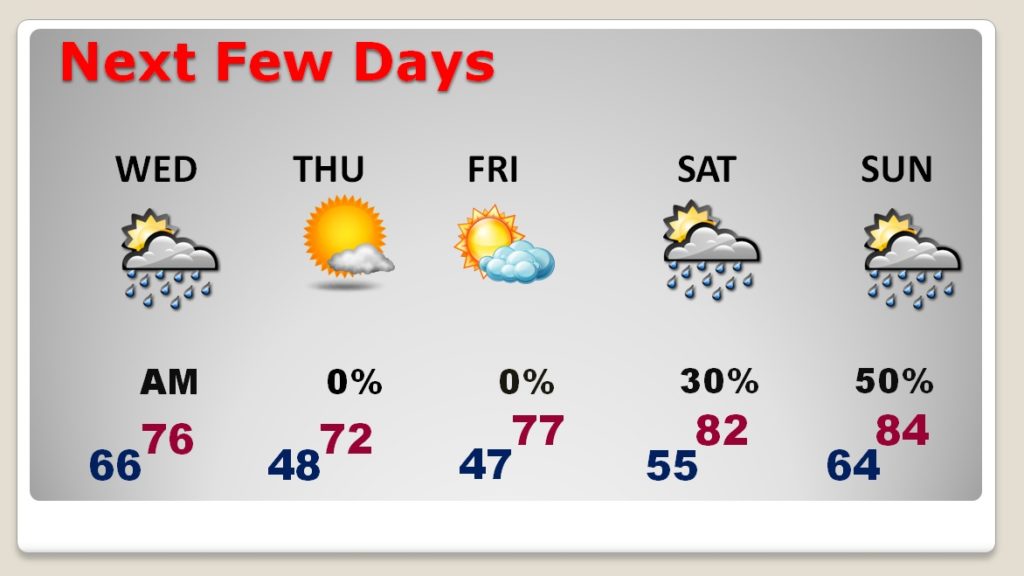 That Area To Watch in the Gulf has our attention.  A tropical system could have an impact on our weather by the weekend. 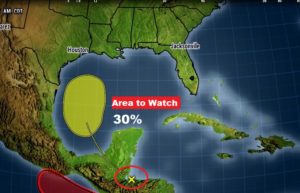 A Tropical Low of some sort could impact our weather this weekend.  We’ll be on the west side of it.  Could this system devloop into a Tropical Depression by landfall?   Stay tuned….. 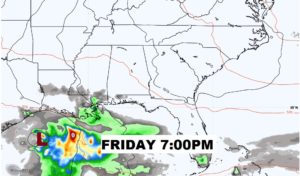 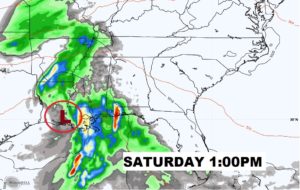 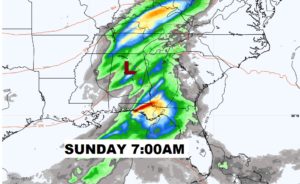 Cold front #1 tomorrow.  Then, a weekend warm up.  Strong cold front number two next week, followed by the coldest nights yet.  Another front near the end of the week.