Potential Tropical Cyclone 16: SYSTEM REMAINS unorganized. No way to give it Trop Storm status at the moment. NHC “WHILE IT REMAINS UNLIKELY THAT THE SYSTEM WILL DEVELOP INTO A CLASSICAL TROPICAL CYCLONE, MODELS SUGGEST ENOUGH ORGANIZED CONVECTION WILL DEVELOP BEFORE LANDFALL” 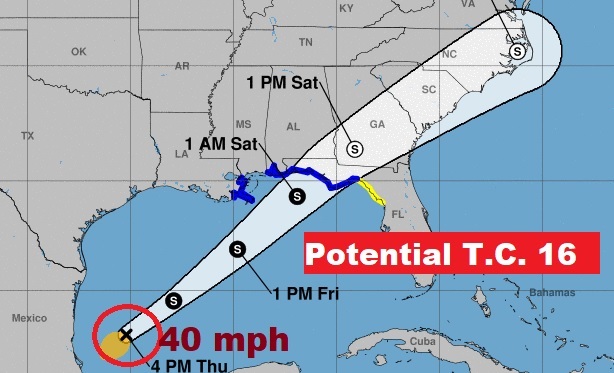 Invest 96-L has now become Potential Tropical Cyclone 16.   The National Hurricane Center takes and action like this when they need issue Warning on the coast ahead of the an actual tropical storm forming.   (The next name available is Nestor by the way)   The system is expected to become a Tropical Storm or Sub-tropical storm later today or this evening.  Air Force RECON will investigate the system today.  Winds are currently at 35 mph.  A tropical storm would be 40 mph. 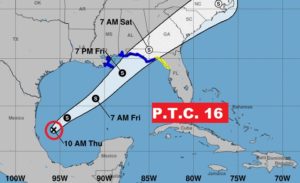 Notice the storm is forecast to have 65 mph winds Friday evening at 7PM well south of the Mobile Bay, coming ashore somewhere along the north central Gulf coast probably in Florida as it continues moving rapidly northeast.  They have it as a 50 mph Post Tropical Storm not far from Dothan at 7AM Saturday morning. 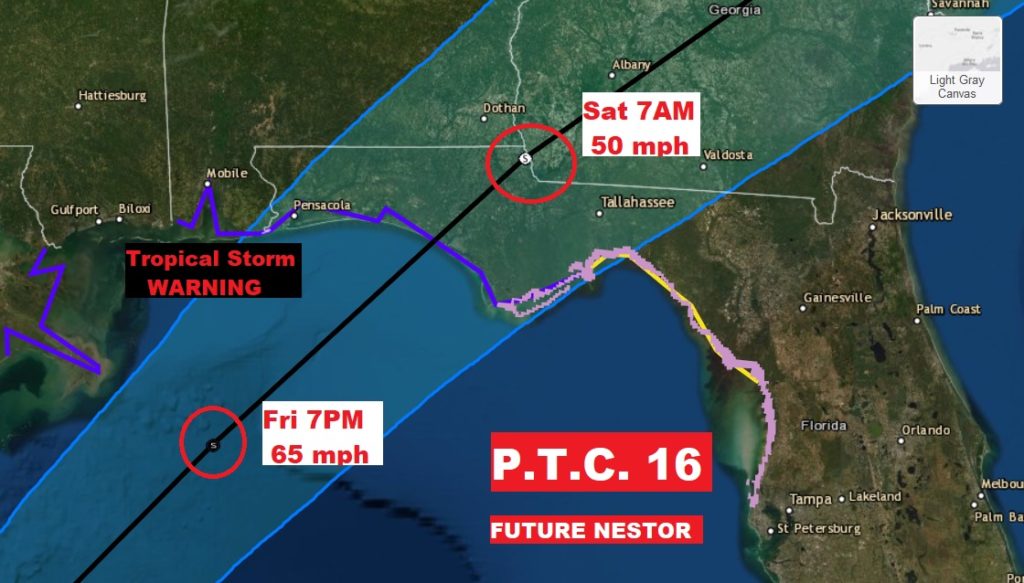 The tropical storm will bring good rain to coastal and extreme south Alabama,  but notice how the rainfall numbers quickly trail off farther north.  Maybe .50″ as far north as Montgomery.  BUT, There will be another surge of rain with the cold front Monday night. 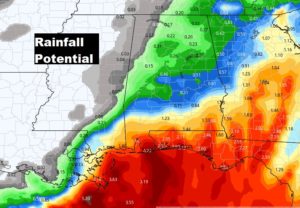 Good Morning!  Jacket weather this morning.  We’re running more than 20 degrees cooler than yesterday.  Text-book perfect weather is on today’s menu.  But, as I have been telling you all week, we’re closely monitoring future developments in the Gulf of Mexico.  It is now likely we’ll see at a Tropical Depression head for the northern Gulf coast by Friday night into Saturday.  How will this affect our weather?  What’s the timetable for the worst weather on the coast?  We’ll look ahead to a strong cold front Monday night.  Any severe weather with this next system? 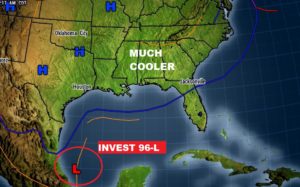 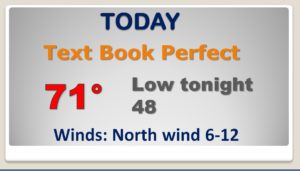 NHC now says it is likely that this Gulf  system will become a tropical or sub-tropical depression. 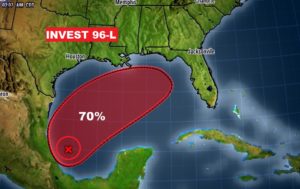 The Tropical or sub tropical system will develop quickly.  It’ll be south of Mobile Bay late Friday night.   Rain enters the state at some point Friday night and continues on Saturday as the system moves northeastward. 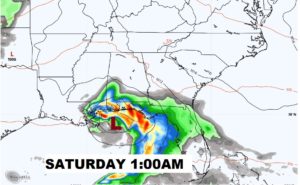 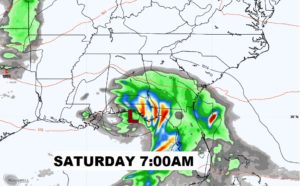 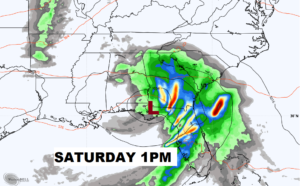 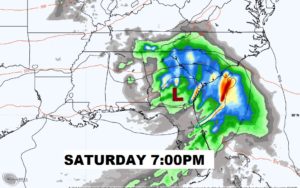 Euro model shows the swath of heaviest rainfall with this developing sub-tropical or tropical system as it heads for the northern Gulf coast. 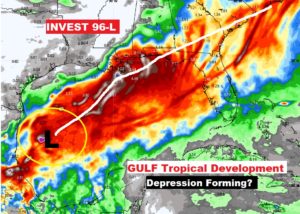 Strong Cold front moves through the state Monday night.  Could there be a few strong storms ahead of the front?  Much cooler air follows. 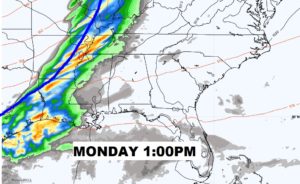 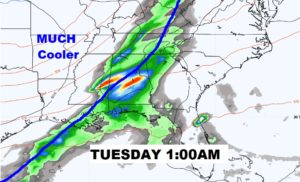 Good chance of showers from the tropical system Saturday.  I have now taken rain out of the Sunday forecast.  Strong cold frornt sweeps through Monday night.  Line of strong storms possible.  MUCH cooler behind the front. 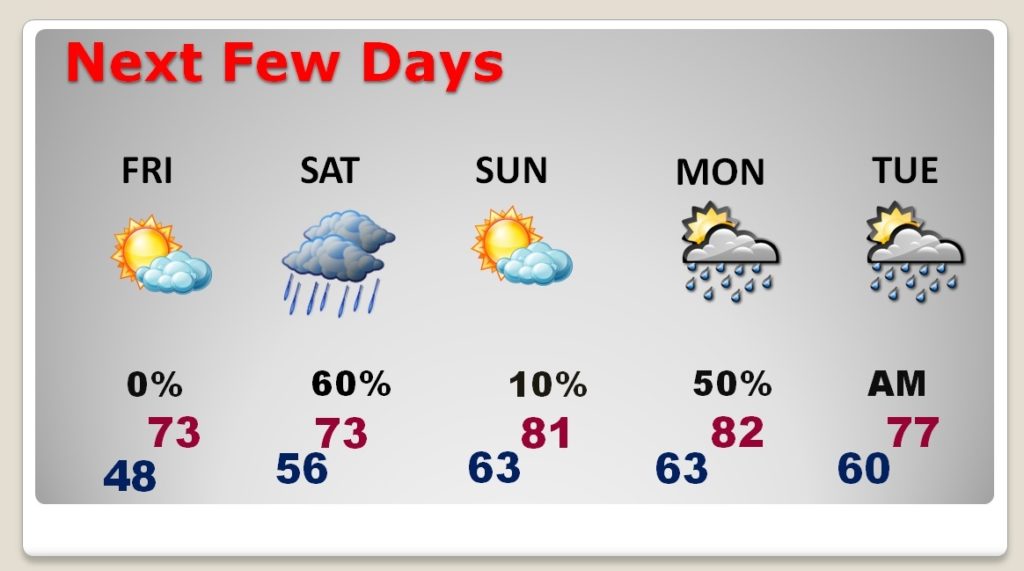 Notice how each cold front through the end of the month brings colder and colder nights.