10:00AM UPDATE FROM NATIONAL HURRICANE CENTER:

NHC issues Advisory #1 on Tropical Depression 17 in the western Gulf. Expected to become ‘A gale-force Post Tropical Low tonight, as it becomes absorbed by a frontal system. The system will move off rapidly toward the north and northeast later today. #TD17 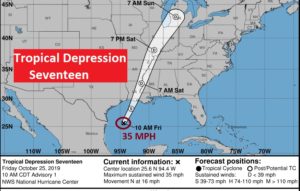 Happy Friday!   A very complicated storm system will have a big effect on Alabama’s weather for at least the next couple of the days.  Parts of the state could see excessive rainfall, and other areas may not see much.  The timeline has changed, the projected rainfall amounts have changed.  Many outdoor events are on the line.  On this video, I’ll update you on the new details.  Will a Gulf Tropical Depression further complicate the  situation?  And, get ready.  A strong influx of Much Cooler air could arrive by Halloween. 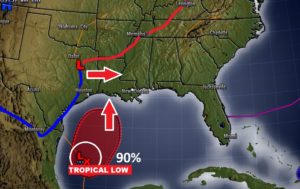 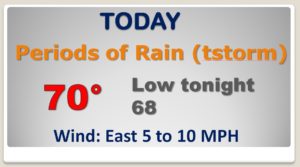 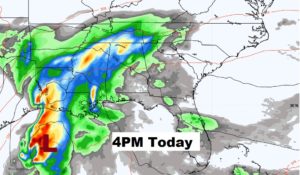 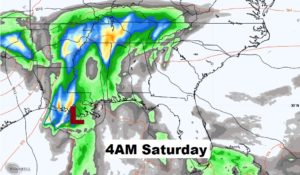 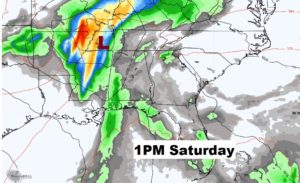 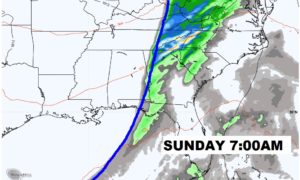 Rainfall potential amounts range from excessive in West Alabama near the Mississippi line to …not much in the southeast counties. 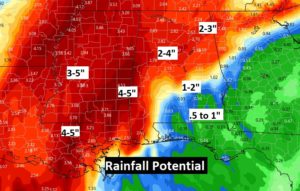 Wet today and Saturday, but I have removed rain chances for Sunday and Monday.  More showers possible Tuesday. 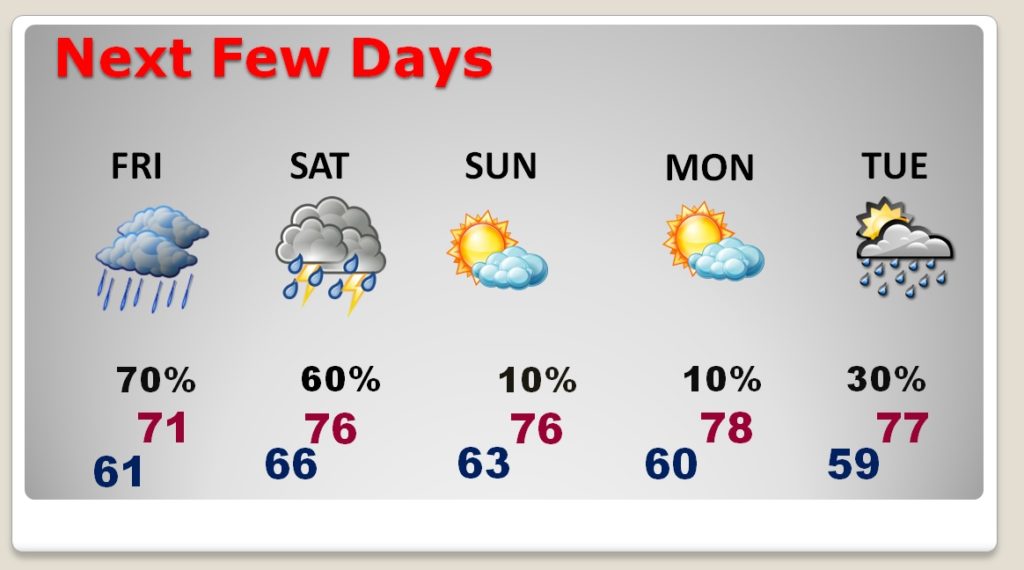 Significant Cold Front approaches the state Wednesday night.  Could see some strong storms ahead of the front.  Much cooler air funnels into the state on Halloween. 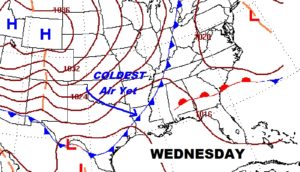 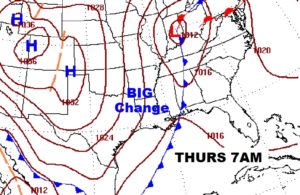