Good Morning!  Our weather is changing.  A warming trend is underway.  A minor Gulf disturbance, brushing by the area, will bring us some clouds, but probably not more.  The Big Event happens late week.  Another significant Cold Front will bring rain and then sharply colder temperatures by the end of the week.  We’ll look ahead to another chilly Fall Weekend.

A minor northern Gulf disturbance brushing by the area will bring clouds later today, tomorrow and Tuesday, but the shower threat should remain closer to the coast. 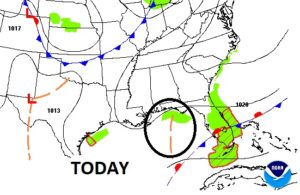 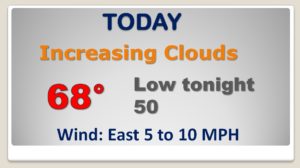 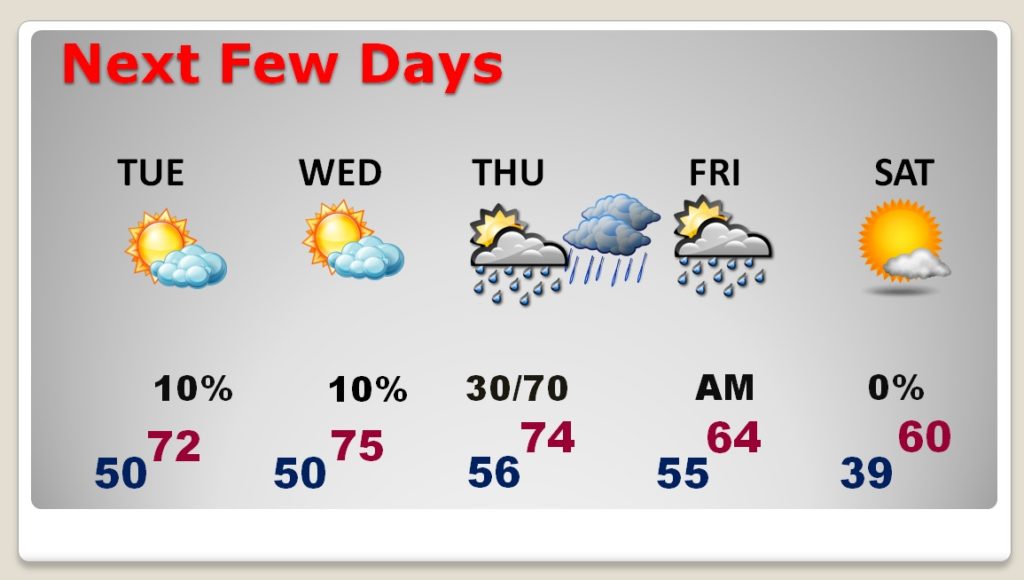 Much like the front late last week….this week’s Major Event is the Cold Front which delivers rain Thursday night and then sharply colder falling temperatures Friday. 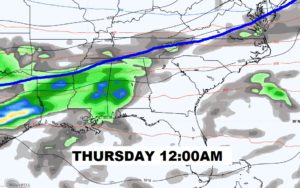 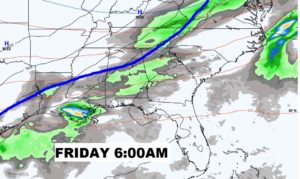 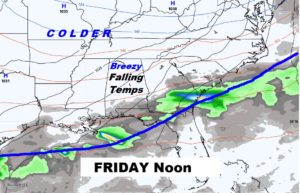 I’ve heard there’s some FOOTBALL in Alabama on Saturday???   🙂 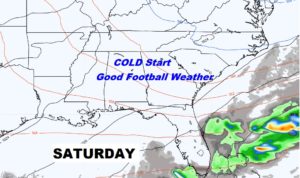 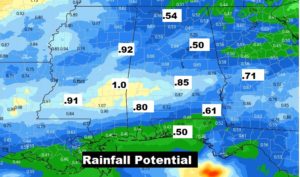 Looks like a series of Cold Fronts over the next couple of weeks.  Nothing crazy cold, though.