Good Morning!  Take the rain gear today.  It’s going to come in handy.  A couple of low pressure storm systems in the Gulf will bring more rain, and maybe a couple of thunderstorms. Timing is everything, and it looks like the Weekend will be dry, in the brief widow between storm system.  A more ominous situation could be in the cards for Monday, with the next storm system.  I’ll update you on the Severe Weather Risk for Monday, and the huge temperature plunge which will follow the storm.

A couple of Low pressure systems moving out of the Gulf will cause a couple of surges of rain and maybe some t’storms.  First surge this morning.  Second surge later today and into tonight. 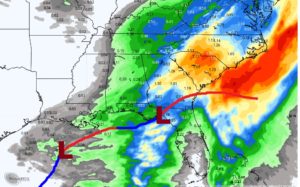 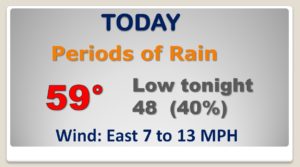 Timing is everything.  We are dry for the weekend, in between storm systems.   Significant Monday storm system with a severe weather threat.  Another huge temperature plunge behind the storm system. 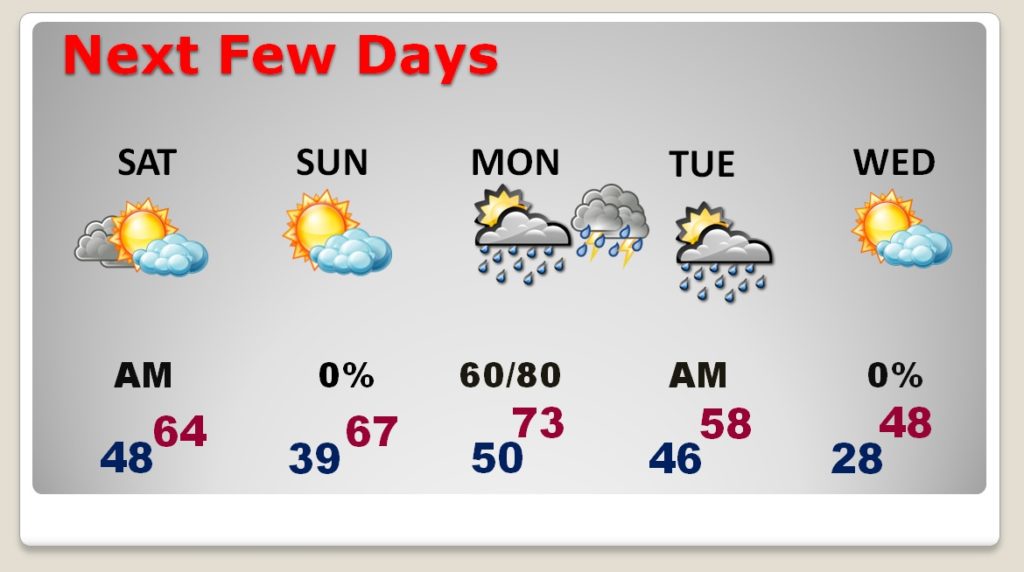 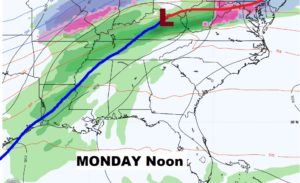 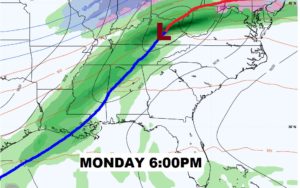 All modes of severe weather possible Monday including tornadoes.  This graphic will be updated later this morning, but ALL of us are in at least a Marginal Risk area, while the greatest tornado Risk will be along a west of a Birmingham to Demopolis line. 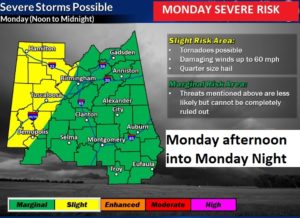 This is where the Storm Prediction Center thinks the greatest severe risk will be on Monday and Monday night. 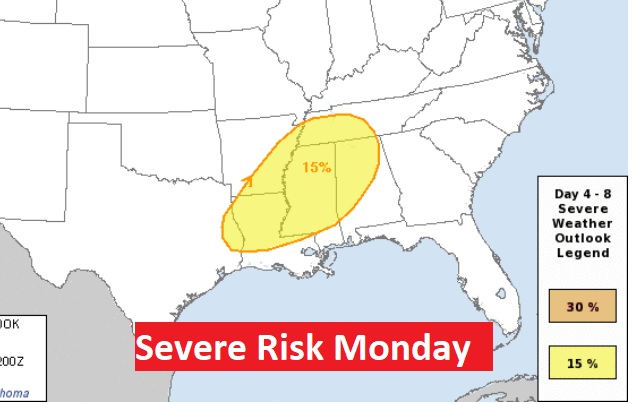 After the storm look for another BIG temperature plunge… Here’s the WEDNESDAY map showing the much colder air. 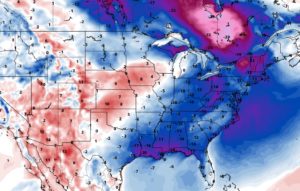 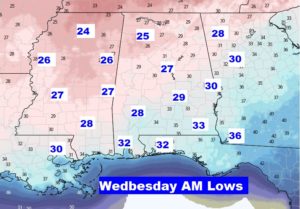