Good Morning!  ..Big change of reality today… We’ll be about 20 degrees colder today.  After record highs in the upper 70’s yesterday, we’re back closer to normal today with highs in the 50’s  And, we haven’t been in the 30’s for awhile, but it looks like we’re headed there for the next two nights. What’s next?  In this video, I’ll update you on the first big storm system of the year 2020.  It’s on the way later this week.  I’ll also show you some even colder air on the horizon.

After a record high of 77 yesterday, we may not make it out of the 50’s tonight.  Headed for the 30’s next two nights. 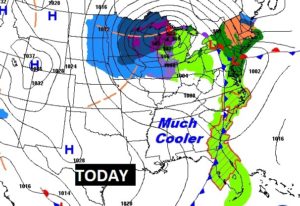 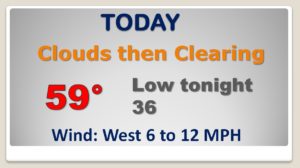 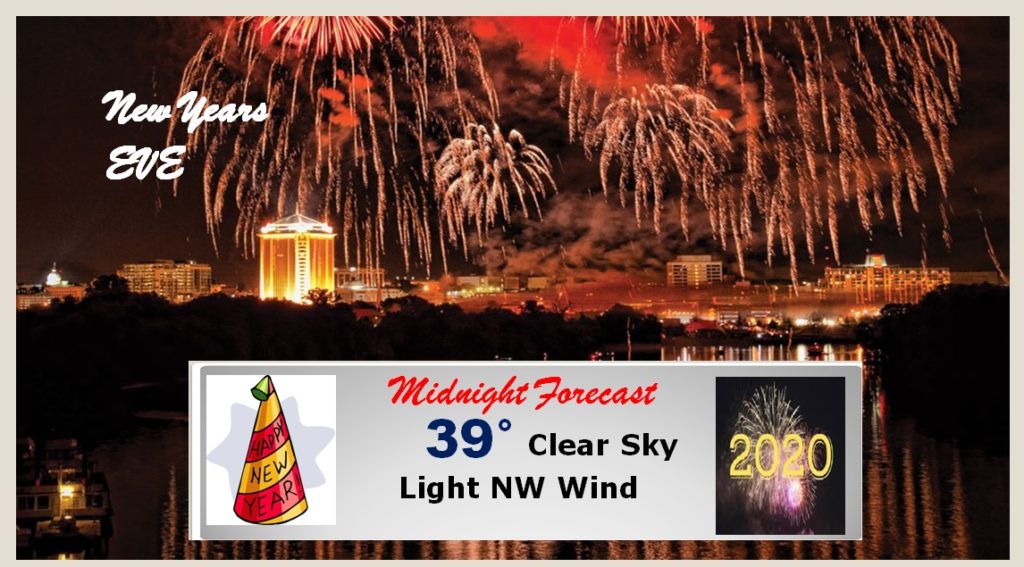 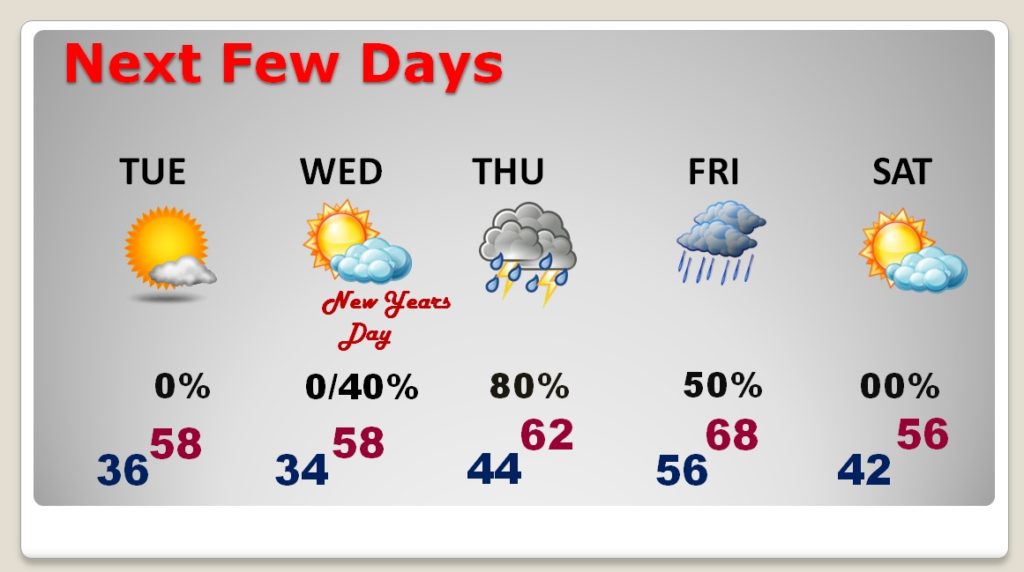 The first storm system of 2020 will bring drenching rains and thunderstorms to the state Thursday, Thursday night and into Friday. 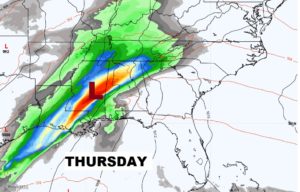 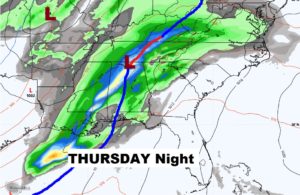 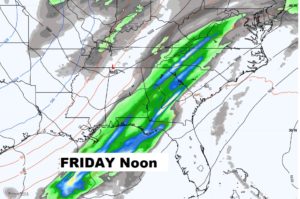 Rainfall amounts could be significant in spots. 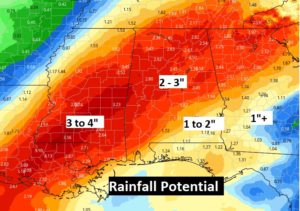