Following yesterday’s intense line of severe, damaging line of storms, Alabama’s weather is quiet on this Sunday morning.  Dense morning fog will give way to dry morning.  But, that front that left us, will “back-up”.    Get ready for a very wet week, indeed.  The front will stall, and while it’s parked over Alabama, a series of disturbances will ride along the front, bringing waves of showers and storms for much of the week ahead.

WHY SO WET AND MILD? – THE SET-UP:  There are multiple reasons for  this week’s wet scenario.  In the upper levels, a unusually strong High over the Bahamas, will force that front that left us to back-up.  It will stall over the state tonight through Wednesday.  A moist flow from the southwest will bring in copious amounts of moisture.  Rain and thunderstorms will be around from time to time, as disturbances ride along the front, like a train track.  While severe weather is not likely, we’ll be monitoring that warm/moist environment south of the front. 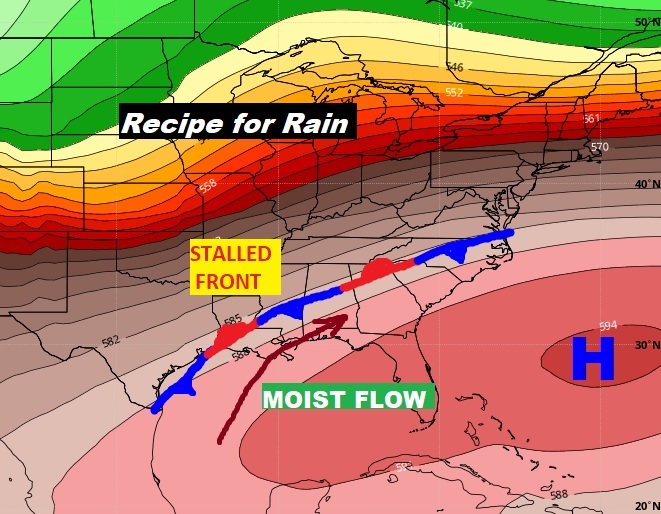 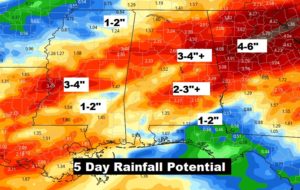 NEXT FEW DAYS:  The weather for the week ahead looks like Springtime in January!  Look at the numbers.  Highs well up in the 70’s and lows at night in the 60’s…in the heart of winter.  Showers and thunderstorms around for much of the week ahead. 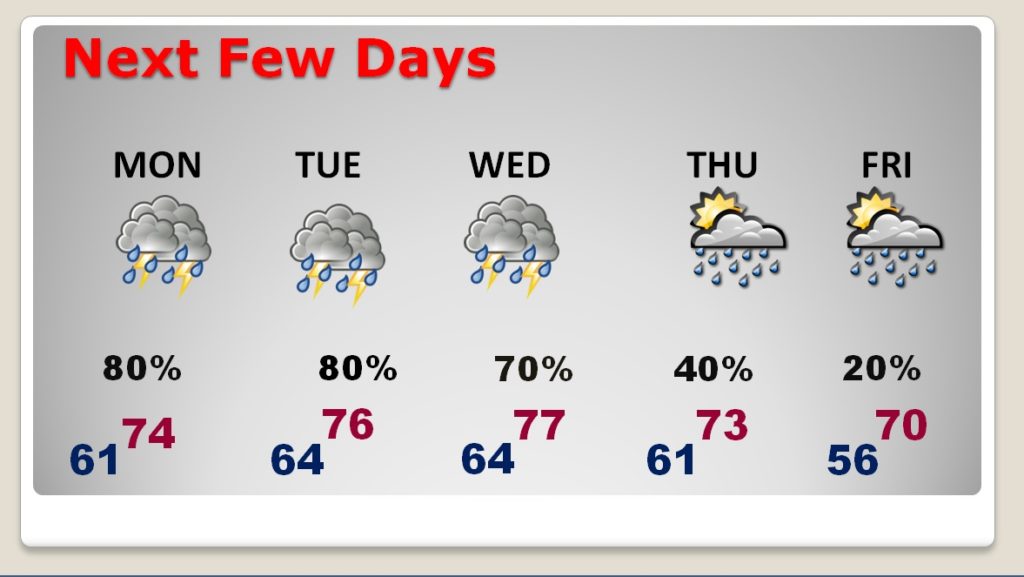 SATURDAY’S SEVERE STORMS:   Yesterday’s storms did so much wind damage across Alabama and a multi-state area.  While the main culprit was straight-line winds, a tornado in Pickens county killed three near Carrollton.  A NWS survey crew will head to Pickens County today.  Other survey crews will investigate possible touchdowns in Green and Barbour County, near  Baker Hill.

It was pretty wet and wild as the line of storms marched through the state with up to 70 mph winds, causing extensive damage. At one point, Alabama Power said more than 90,000 of it’s customers did not have power.  Rainfall was intense in spots.  Here’s Birmingham in at the height of the storm. 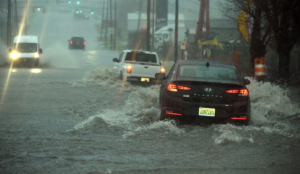 This event will be remembered as an extensive straight-line wind event.  These events are sometimes called a derecho. The Storm Prediction Center reports 581 wind damage reports.  There were over 7 tornado reports, including the deadly tornadoes in Pickens county and another in Louisiana, which took a total of 7 deaths. 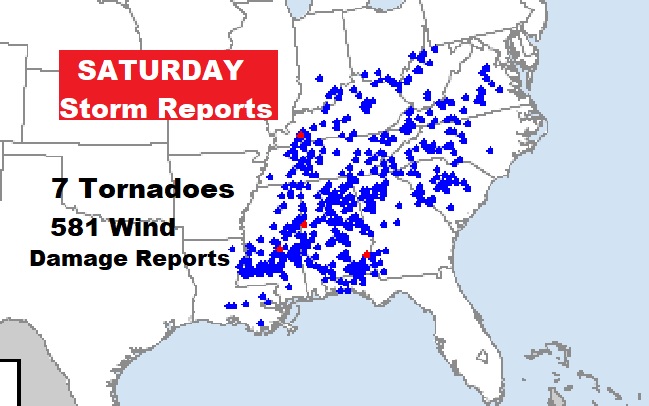 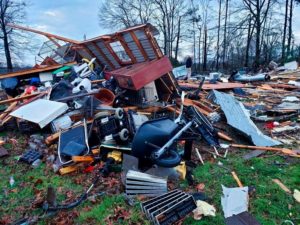 I will have a video update for you first thing tomorrow morning. It should be online by about 4:45AM. Have a nice Sunday!