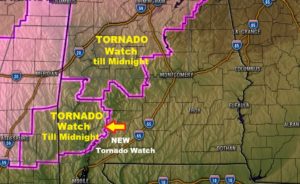 TORNADO Watch….    Here’s the new Tornado Watch covering most of northern and part of central Alabama until 11PM. Don’t forget round 2 of severe weather begins in the wee hours of the morning. 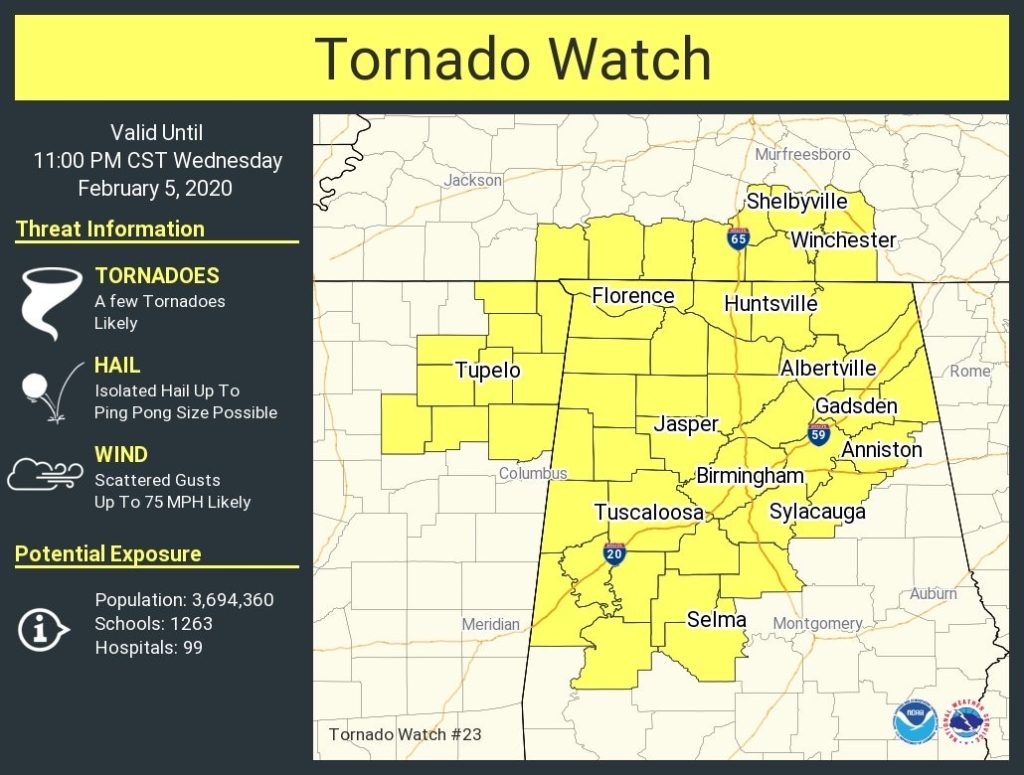 We have a complicated, “messy”, multi-hour Severe Weather Threat and possible Flash Flooding Event risk in our future, possibly beginning late this afternoon and not ending until perhaps close to lunchtime tomorrow in the far southeastern counties. That’s a huge window of time.       Let me attempt to break that down just a bit for you.  First here’s the Severe Weather Threat area, from the Storm Prediction Center for today/tonight, through 6AM Thursday…and The Day 2 outlook beginning at 6AM Thursday. 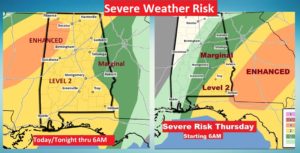 It now appears there may indeed be two rounds of severe storms and possible tornadoes.  The first round, beginning perhaps around 3PM in the far west and evolving eastward, will be exiting close to Midnight in the far southeast counties.  There is some question marks about whether this round can get going.  There are several factors which could affect this development.  So, round one is somewhat conditional.

Round 2 looks to me to be the main event.  It enters far west Alabama between 3 and 4AM in the morning and moves eastward, slowly to the I-65 corridor between about 6 and 7AM, and into far southeastern Alabama by about 11AM Thursday.   It certainly could be a more dangerous round, with severe thunderstorms and possible tornadoes.

Here’s a brief overview of Round 1 and 2, using the high resolution NAM model Future Radar. 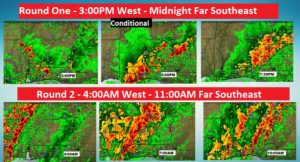 Severe thunderstorms with damaging wind gusts to 60+ MPH and possible tornadoes are the main hazard, along with the threat of flash flooding due to excessive rainfall. 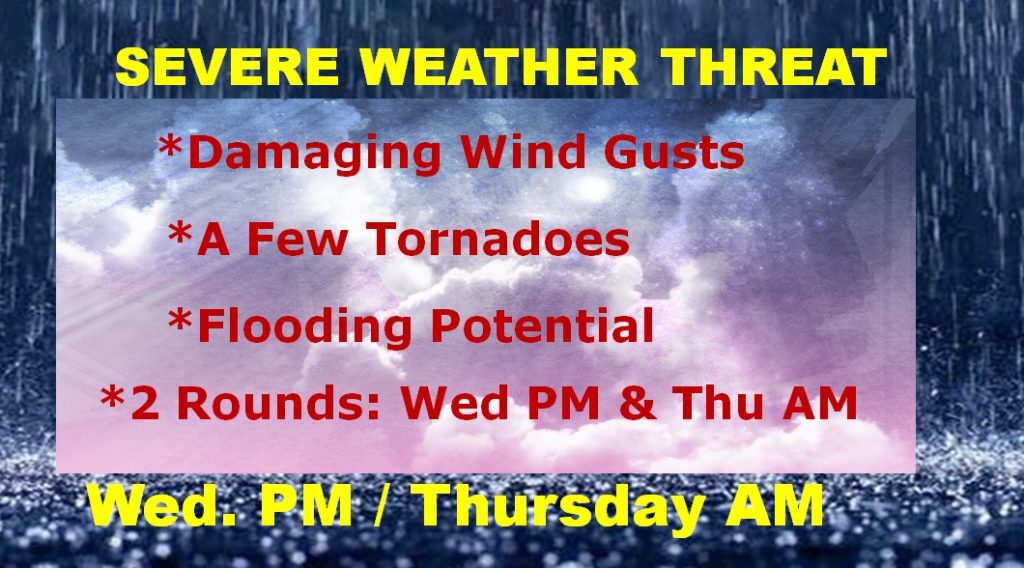 Rainfall amounts could be excessive and a Flash Flood Watch covers most of the state. 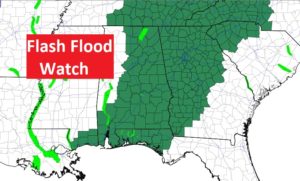 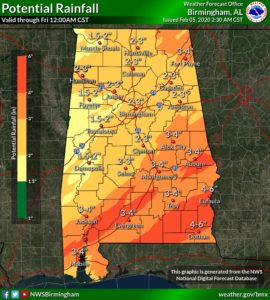 It turns windy and much cooler begins the storm system.  Temperatures fall to the 50’s Thursday afternoon, and the upper 30’s Thursday night.  Friday will be dry, but breezy and  much cooler with mid 50’s.  Small chance of rain Saturday afternoon, but dry & nice Sunday.  Highs over the weekend in the low 60’s. 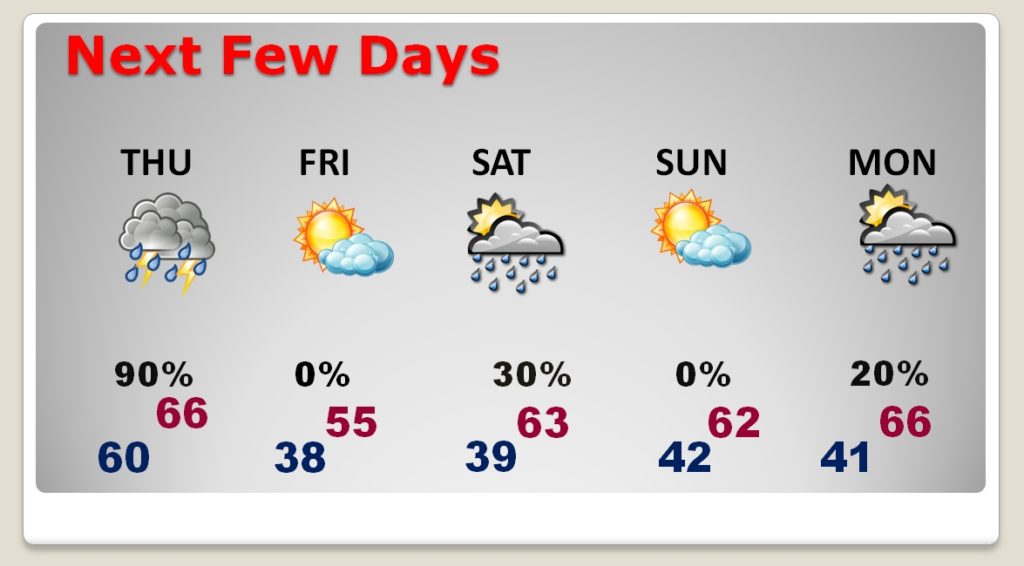