New Severe Thunderstorm Watch covers most of north and west Alabama until Midnight. Damaging wind gusts of 60 mph are possible. A spin up tornado can not be ruled out. Fingers crossed, but confidence is growing that the line of strong storms, which enters the state tonight, will weaken, as it moves SE overnight. Severe Risk continues, but the signs are looking encouraging. Strong gusty winds with some storms. 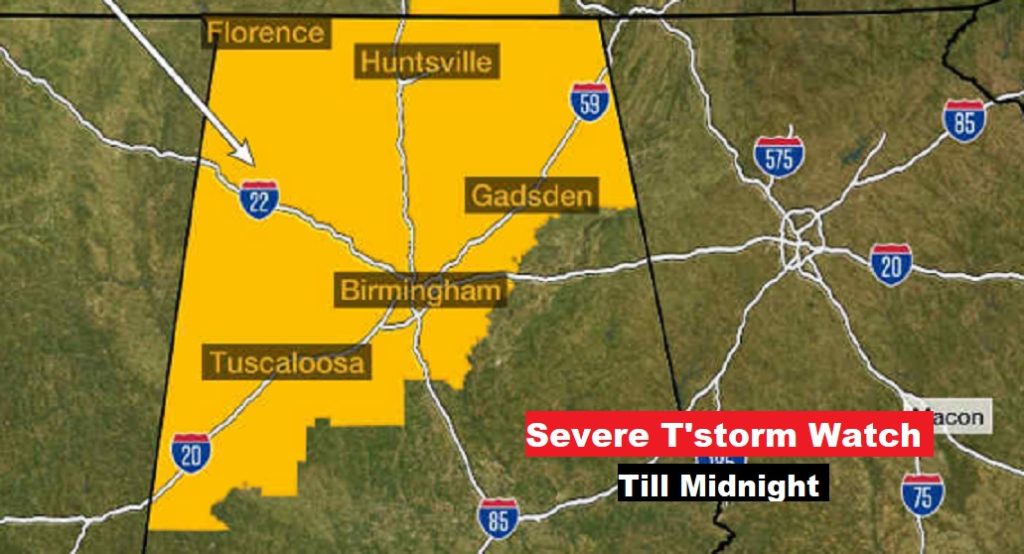 Good morning!  Could we be headed for a record high today?  Yesterday Montgomery had 81°, one degree shy of the record.  Today, if we get to 80°, we will tie the record from 1922.  This kind of warmth in February is just fuel for the fire.  Parts of our state could see severe weather tonight and in the morning, before colder air funnels into Alabama.  I have an update on the Severe Weather Threat level and timetable.  I’ll update how much rain could fall in the week ahead.  And, what could the additional rain mean to Alabama’s rising rivers.

This system does not have the intensity of last week’s Severe Weather Outbreak.  Still, though, it is possible we we could see a few warnings, with some storms possibly producing damaging wind gusts, especially in the Level 2 yellow area.  The tornado threat is very small but not zero. 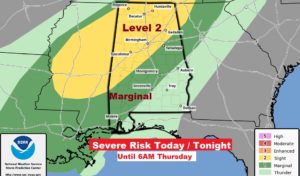 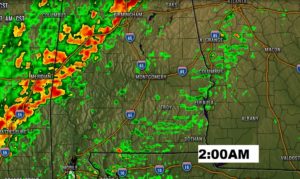 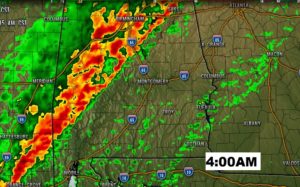 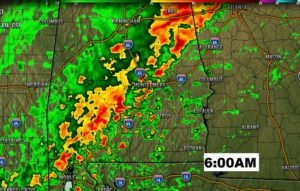 Look for falling temps. daytime Thursday, into the 50’s during the afternoon, down to the mid 30’s late Thursday night.  Friday will be a chilly, breezy day.  Freezing on Saturday morning.  Dry Saturday.  Scattered showers possible Sunday & Monday. 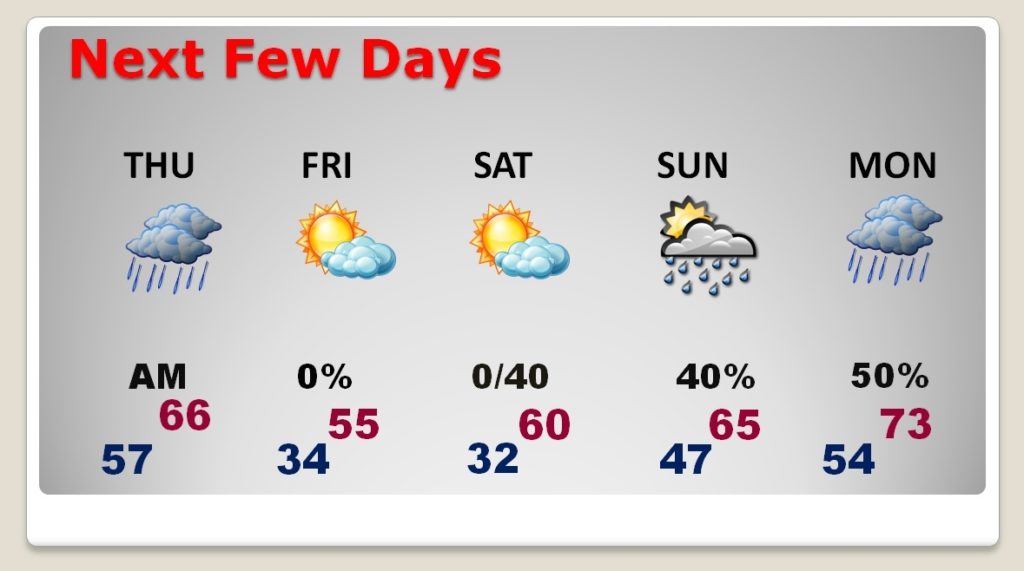 The river situation in Alabama continues to grow worse.

Orange and red on this map indicate rivers that are above flood stage.  Yellow are rivers getting close to flood stage. 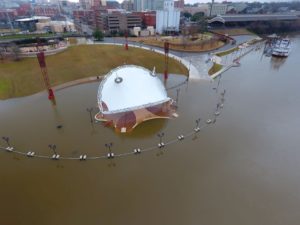