Good Morning!  The risk of showers will end early, as the first Cool Front slides southeastward. Look for a mainly dry and mild Tuesday.  But, we are in for a t sample of some Arctic Air by late Wednesday, through Thursday and Thursday night.  In fact,  another front late Friday will deliver another brief Arctic  “set-back”.  I have tweaked the forecast.  I’ll bring you up to date on timing and the details through the weekend.  We could put together at least 5 dry days in a row!  I’ll also show you what could be an important storm system next week.

Showers exit early today.  Much of this day will be mostly cloudy and mild. 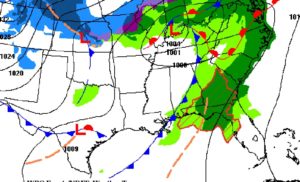 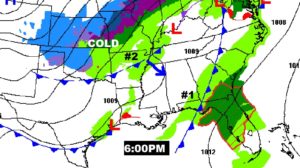 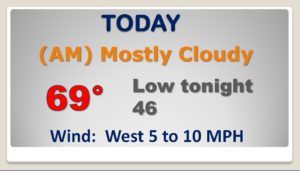 Another cold front sweeps through the state tomorrow afternoon.  It has arctic air behind it.  Sharply colder. 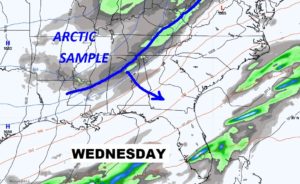 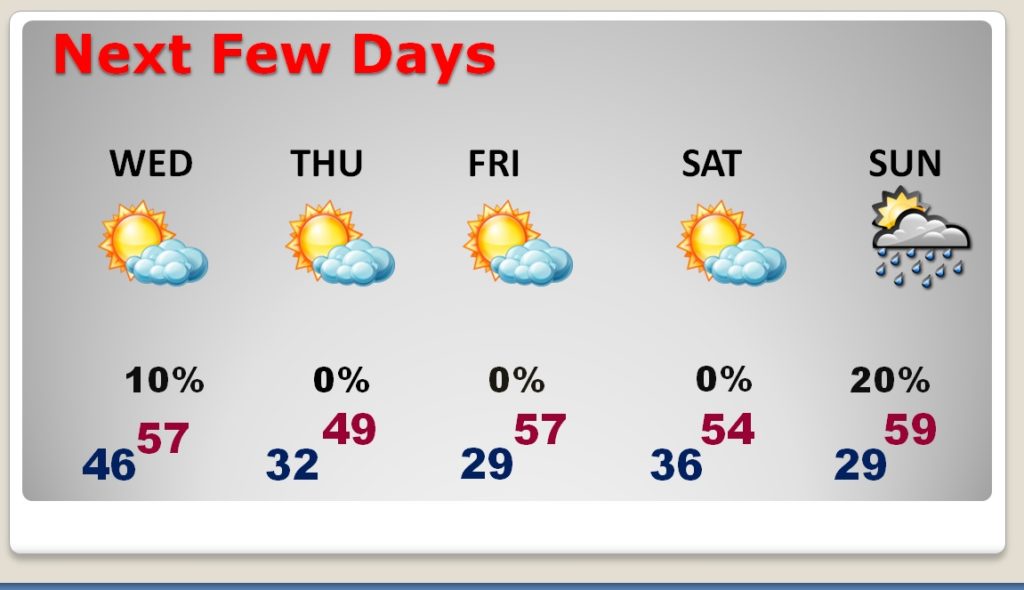 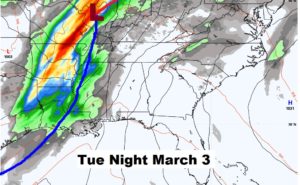 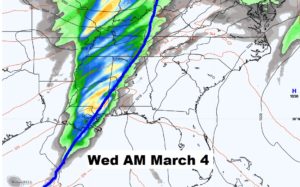 GFS trends show our big mid-week/Late week temperature set-back.  Then it idicates a big warm-up next week, followed by another Arctic Plunge around March 7th.