Good Morning!   Rain will overspread the area today.  In fact we will have periods of rain in our forecast through Monday, and maybe a lingering risk of a few thunderstorms Tuesday.  It won’t rain all the time.  The rain will come in waves.  Rainfall totals are expected to be mostly light in central and south Alabama.

The bigger story, during the week ahead, involves yet another period of very warm days, which will develop mid and late week, as another Upper High builds over the Gulf region. Record highs will be in jeopardy by late week.

TODAY & TONIGHT:  Rain will overspread the area this morning and at least through part of the afternoon.  There will be a rain lull late afternoon and into the evening, before a second surge of rain moves in tonight.  High today upper 60’s.  Tonight’s low 61. 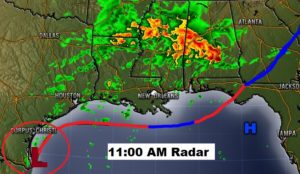 NEXT FEW DAYS:   Periods of rain, and maybe a thunderstorm are likely Monday .  Tuesday, widely scattered storms are possible, but the greater rain chances will be across north Alabama.  Highs in the 80’s are likely Tuesday through the end of the week.  Upper 80’s by Thursday and Friday. 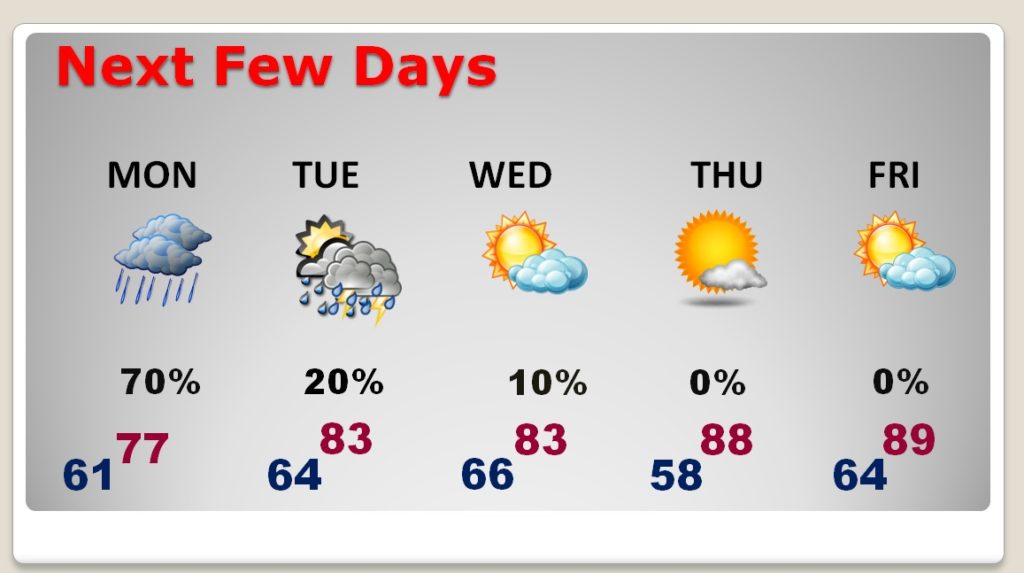 Again this week…rainfall amounts will be heaviest across north Alabama, while the southern counties may not see much rain. 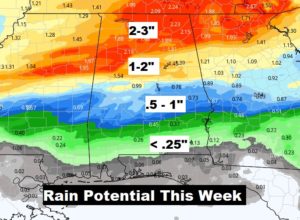 There could be some strong, possibly severe storms across the northern counties on Tuesday and Tuesday evening. 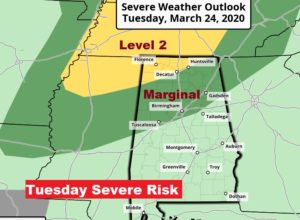 RECORD HIGHS IN JEOPARDY?:  Record highs will be threatened Thursday, Friday and Saturday. 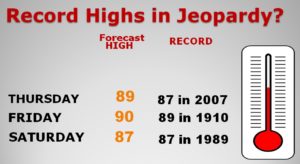 Another gigantic upper high over the Gulf, with a ridge northward across the Gulf states will set the stage for another string of very warm days. 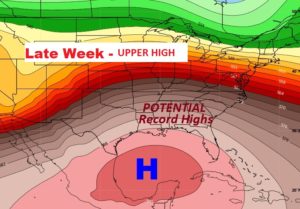 POLLEN FORECAST:  The pollen level will vary from day to day.  It will be lowest today, and highest on Thursday, and up and down in between. 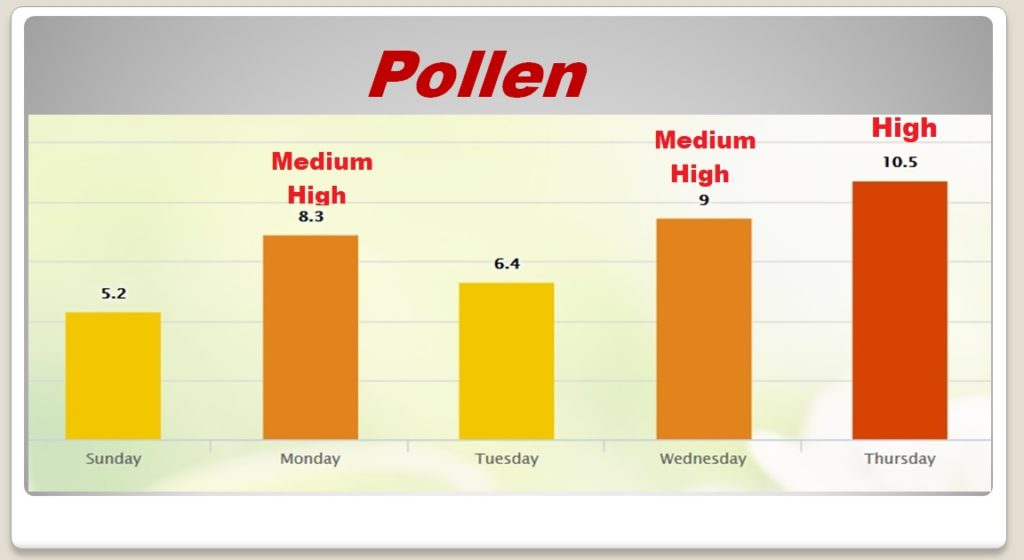 Stay safe and well!!  We will get through this crisis.  What a beautiful day yesterday. I took a lot of long walks in the fresh air.

I will have a complete video update for you first thing tomorrow morning. It should be online by about 4:45AM.   Have a nice day!