Cristobal is born in the Gulf. Reports from an Air Force Hurricane Hunter aircraft indicate that T.D. Three has strengthened
into Tropical Storm Cristobal.  The maximum winds are estimated to be 40 mph with higher gusts. #alwx 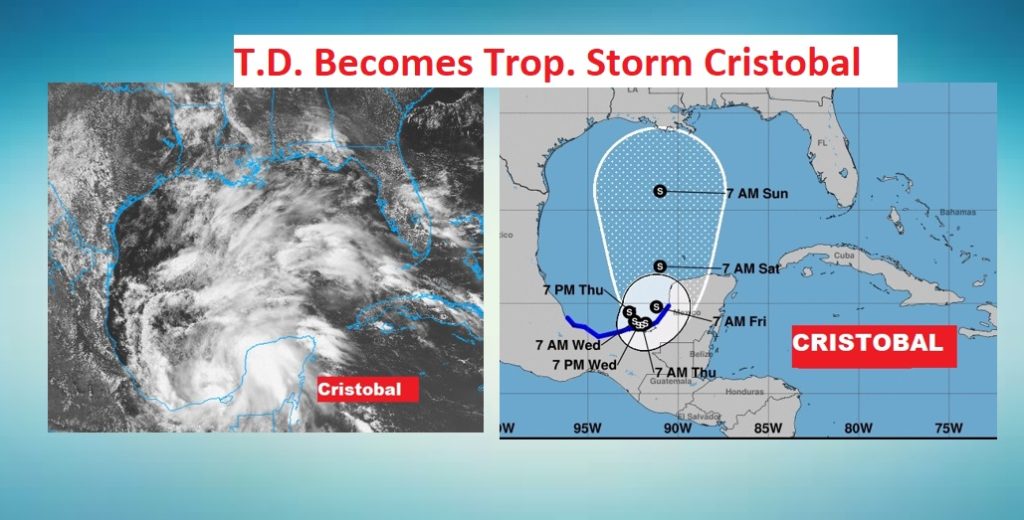 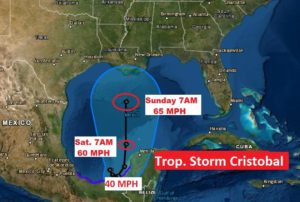 Good Morning!  Our forecast is changing.  Random pop-up storms are making a comeback.  They will become more numerous later in the week.  And, there is much uncertainty across the Gulf South as the weekend forecast goes.  Could we be dealing with a tropical storm threat along the north central Gulf Coast?  Or, will this be more of a problem for Texas?  On this video, I’ll update you on possible future tracks for that system, which is getting stronger in the Bay of Campeche.

Widely scattered pop up storms will be around in the afternoon & evening hours.  A very typical June forecast.t. 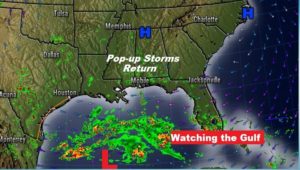 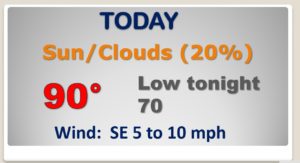 Pop  up storms will be roaming around each day through Friday.  Meanwhile, the weekend forecast is very much dependent on tropical developments in the Gulf. 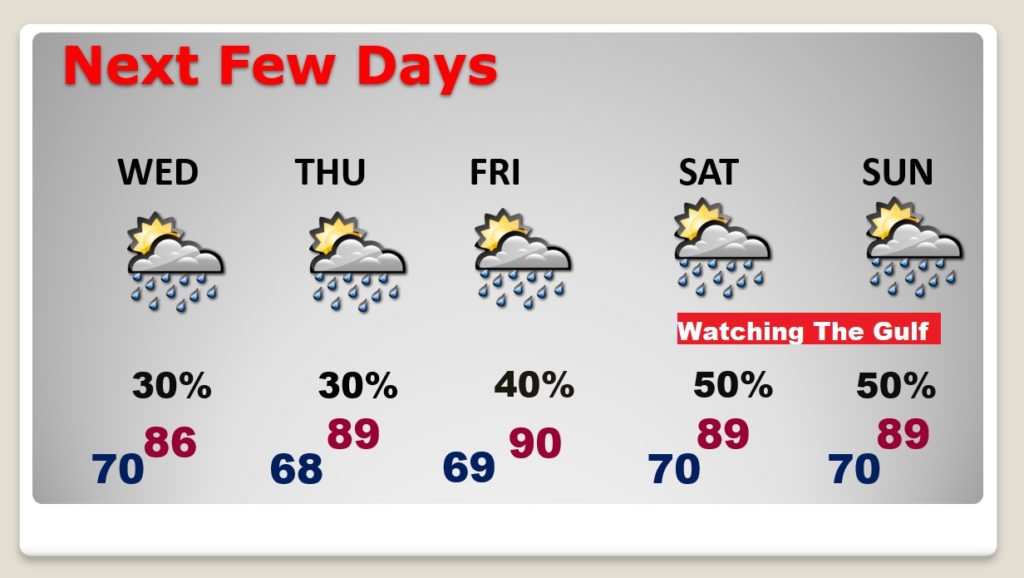 Uncertain future track for the Tropical System in the Gulf this weekend and into early next week.  Notice the American GFS Ensemble tracks like a more easterly solution, with tracks ranging from the Mobile Bay to Lake Charles.   On the other hand the Euro model is much farther left.  It’s tracks are spread out from about New Orleans to Corpus Cristi.  It’s favoring landfall along the upper Texas Coast perhaps by Sunday afternoon.  The jury is out. 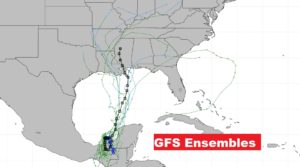 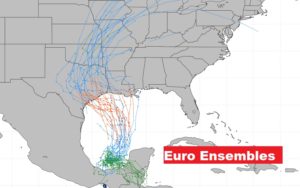 Obviously, the details of the weekend beach  forecast are up in the air to say the least.  Everything deepens on the future track of the tropical system.   Be flexible with your plans. 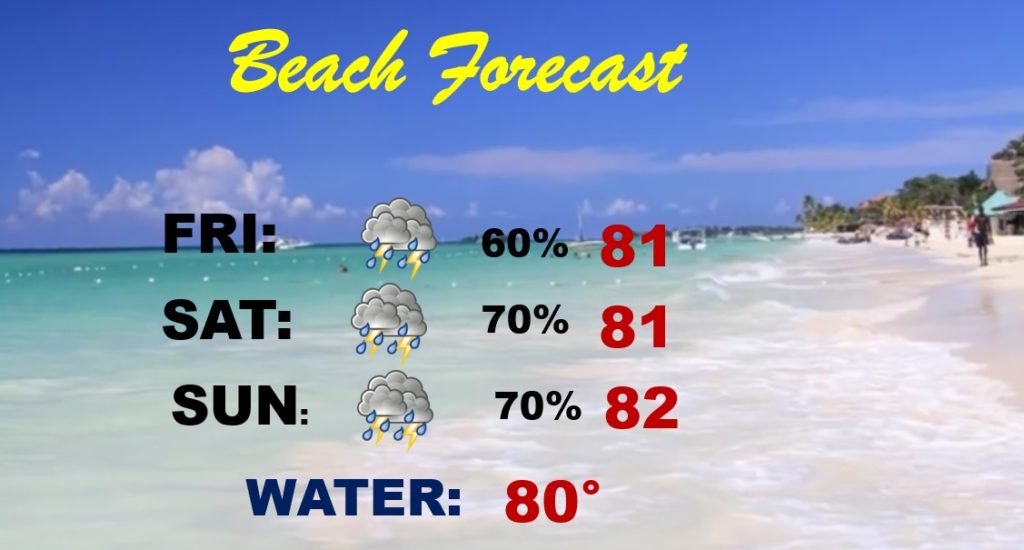